Berlin, Germany -- Germany's President Frank-Walter Steinmeier admitted on Sunday it was "shameful" that it took five decades for Berlin to agree compensation for the bereaved families of Israeli victims in the 1972 Munich Olympics attack.

"That it took 50 years to reach this agreement in the last days is indeed shameful," said Steinmeier, standing next to his Israeli counterpart Isaac Herzog, with whom he will be attending a commemoration ceremony in Munich on Monday.

A row over the financial offer previously made by Berlin to victims' relatives had threatened to sour the ceremony, with families initially planning a boycott.

But a deal was finally agreed on Wednesday offering 28 million euros ($28 million) in compensation. It also -- for the first time -- sees the German state acknowledging its "responsibility" in failings that led to the carnage.

West German police responded with a bungled rescue operation in which all nine hostages were killed, along with five of the eight hostage-takers and a police officer.

The Games were meant to showcase a new Germany 27 years after the Holocaust but instead opened a deep rift with Israel.

In 2012, Israel released 45 official documents on the killings, including specially declassified material, which lambasted the performance of the German security services.

Included in the reports is an official account from the former Israeli intelligence head Zvi Zamir who said the German police "didn't make even a minimal effort to save human lives".

Relatives of victims have over the years battled to obtain an official apology from Germany, access to official documents and appropriate compensation beyond an initial 4.5 million euros.

As recently as just two weeks ago, relatives of the victims said they were offered 10 million euros -- including the 4.5 million euros already given.

"I came home with the coffins after the massacre," Ankie Spitzer, whose husband Andre Spitzer was killed in the hostage-taking, told AFP.

"You don't know what we've gone through for the past 50 years."

Herzog underlined the pain faced by the bereaved relatives, saying they simply "hit a wall" whenever they tried to raise the issue with Germany or even with the International Olympic Committee.

"I think there was tragic suppression here," he said, noting the litany of failings that were "inhuman and incomprehensible" such as "the fact that the hostages were being led to slaughter and the Games went on".

After an initial suspension, then-IOC president Avery Brundage had declared that "the Games must go on".

"For far too long, we have refused to acknowledge the pain of the bereaved.

"And for far too long, we have not wanted to acknowledge that we also bear our share of responsibility. It was up to us to ensure the safety of the Israeli athletes," he said.

Herzog voiced hope that the agreement would bring "this painful episode to a place of healing".

"I hope that from now on, we shall continue to remember, invoke, and most importantly reaffirm the lessons of this tragedy, including the importance of fighting terror, for future generations," said the Israeli president.

Herzog will also on Tuesday address the Bundestag and visit the Nazi concentration camp Bergen-Belsen -- where his late father and former Israeli president Chaim Herzog counted among the liberators as a British Army officer in 1945. 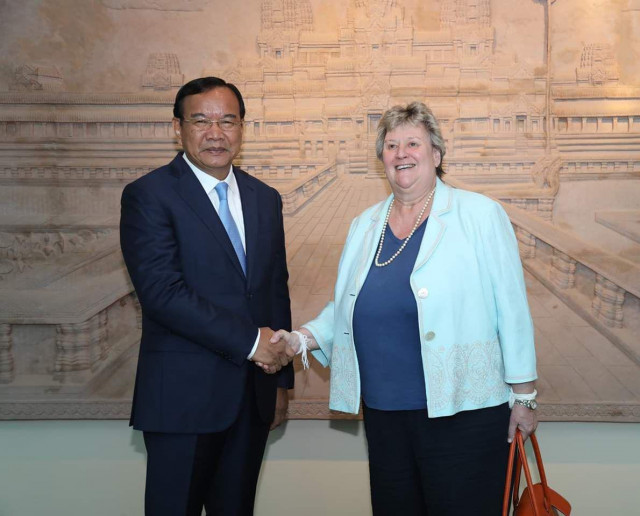 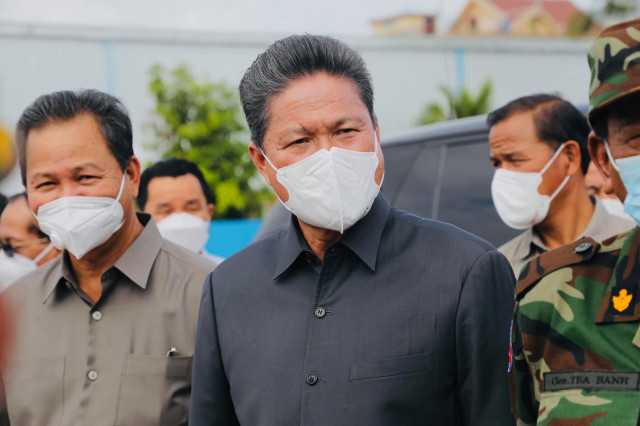 Transport Minister Calls on US Companies to Invest in Cambod...