(FILES) In this file photo taken on November 10, 2020 US Senator Ted Cruz, Republican of Texas, arrives for the weekly Senate Republican lunch on Capitol Hill in Washington, DC. (Photo: AFP)

The initiative, which appears certain to fail, flies in the face of rulings in dozens of courts and the findings by officials in several key states, that there were no widespread voting problems.

The Republicans' statement, signed by Cruz and six other current senators along with four senators-elect, asserts that "allegations of fraud and irregularities in the 2020 election exceed any in our lifetimes."

The group said that when Congress convenes in a joint session on Wednesday -- for what normally would be a pro-forma certification of Biden's victory -- they will demand the creation of a special commission to conduct an "emergency 10-day audit" of the election results.

Posting a list of the 11 senators, Trump added: "And after they see the facts, plenty more to come... Our Country will love them for it!"

They join Senator Josh Hawley of Missouri, who said earlier that he planned to raise objections on Wednesday.

A Republican member of the House of Representatives, Louie Gohmert, has also announced his plan to oppose certification, and more than 100 House Republicans reportedly will back his challenge.

Gohmert sought to further raise the stakes with a lawsuit that would have given Vice President Mike Pence -- traditionally in a ceremonial role in Wednesday's session -- the power to overturn the election result.

Pence opposed that effort, and a federal judge in Texas on Friday rejected the suit.

On Saturday, a federal appeals court upheld that dismissal.

The Hawley and Gohmert challenges will ensure that Congress must meet to hear the complaints.

- 'The Electoral College has spoken' -

The Congress sessions, sure to be contentious, will play out against a backdrop of pro-Trump rallies in Washington next week encouraged by the president himself.

As with Trump's other attempts to reverse his election defeat, the latest political maneuvering appears doomed. Democrats control the House, and many Republicans are expected to vote Wednesday for certification.

The 11 senators conceded that most Democrats and "more than a few Republicans" would likely oppose their initiative.

Among them is Republican Senator Pat Toomey of Pennsylvania, whose state was a battleground that helped tip Biden into the win column. Its result is expected to be among those contested on Wednesday.

"A fundamental, defining feature of a democratic republic is the right of the people to elect their own leaders," Toomey said on Twitter.

"The effort by Sens. Hawley, Cruz, and others to overturn the results of the 2020 presidential election in swing states like Pennsylvania directly undermines this right."

He added: "I voted for President Trump and endorsed him for re-election. But, on Wednesday, I intend to vigorously defend our form of government by opposing this effort to disenfranchise millions of voters in my state and others."

"The egregious ploy to reject electors may enhance the political ambition of some, but dangerously threatens our Democratic Republic," Romney said in a statement.

"Members of Congress who would substitute their own partisan judgment for that of the courts do not enhance public trust, they imperil it," he added. "Has ambition so eclipsed principle?"

Pence, however, is reportedly encouraging lawmakers to debate the baseless accusations of voting irregularities.

"Vice President Pence shares the concerns of millions of Americans about voter fraud and irregularities in the last election," his chief of staff Marc Short said in a statement to US news outlets.

"The vice president welcomes the efforts of members of the House and Senate to use the authority they have under the law to raise objections and bring forward evidence before the Congress and the American people on January 6th."

Biden won in the all-important Electoral College by a vote of 306 to 232.

Cruz is considered a likely 2024 presidential candidate. Hawley is also said to be positioning himself for a 2024 run -- and so is Pence. 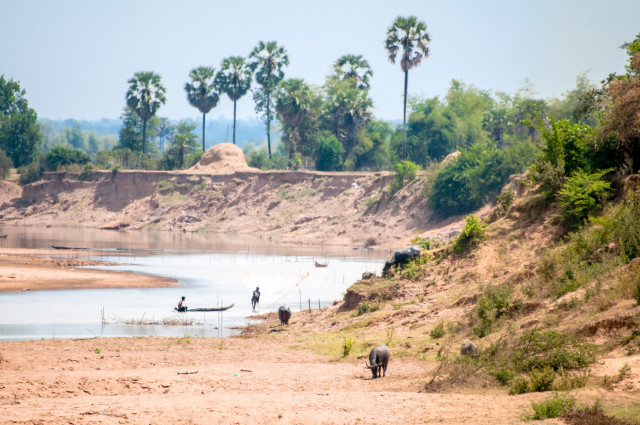 Why ministries of finance are critical in the fight against...