More than a year in Thailand, nearly nine in Malaysia, and the last two and a half years in New Zealand. That is Hafsar Tameesuddin’s journey, not just across the seas from her home in Rakhine State in Myanmar, but across lives — as a Rohingya with no future at home, as an asylum seeker who was safe but was not allowed to work and now, a rights campaigner studying for a degree in social work in New Zealand.

August 25 marks the fourth year since the 2017 exodus of over 700,000 Rohingya from Myanmar’s western Rakhine State to Bangladesh, following arson, killing and rape that security forces carried out in retaliation for attacks on police outposts. There are now 867,000 refugees, mainly Rohingya, in Bangladesh, the United Nations says.

A longer-term solution is farther from sight after the February coup in Myanmar, the COVID-19 pandemic and a long, repeated history of what Hafsar calls being “failed” by Myanmar, Southeast Asia and the world.

In this chat, she tells Reporting ASEAN’s Johanna Son what it is like to be part of a community whose rights have been denied, their identity erased and basic life tools - such as education - withheld too.

The recognition of the injustices against the Rohingya by Myanmar’s National Unity Government (NUG), the government-in-exile, is welcome, she says, but what they need to have is the same full rights that other Myanmar citizens enjoy in a future government.

Speaking frankly, at times in bursts of speech, Hafsar is clear about who she is: “If I'm speaking anywhere, I always say I'm a Rohingya from Myanmar. I belong to both. That is my country; Rohingya is my identity.”

Reporting ASEAN Editor/Founder Johanna Son: People in Myanmar say they now realize the wrongs done against the Rohingya people. Do you sense a real change?

Hafsar: There are people from the NUG acknowledging the existence of Rohingyas and also considering having Rohingyas on the table. There are, here and there, some acknowledgement, not too many, but a couple of civil society [groups] saying ‘we are sorry for what happened for Rohingyas’. But if we look at the entire nation, I wouldn't say it is quite there yet because during the dictatorship government time, including the time when Aung San Suu Kyi was ruling our country, there wasn't any recognition or acknowledgement of Rohingyas' persecution and oppression.

And it's not only from the government, even from the public perspective there were rumours and comments on Facebook and YouTube pages, let's say, [saying that] Rohingyas burn their own houses, and they pretend as if the government burn their houses so that they can get international sympathy -- which is very crazy and weird.

The brainwashing and systematic segregation against Rohingya in our country has been [from a] long, long time ago. I don't think it is realistic that it will just go away just because a couple of people from NUG say sorry, or a couple of civil society [groups] say 'now we know how Rohingyas felt, so we're sorry’. So it is a long way to go, but there are some changes.

Do you think this is the best opportunity for a reawakening so far?

Hafsar: That pretty much depends on the changes in the political arena in our country. There is no civilian government that can protect the civilians of Myanmar at the moment. Everything is so chaotic.


I recently [was able to] speak with a few Rohingya in Rakhine State - now they do not only have to worry about the oppression from the Myanmar government, the military itself, they also have to worry about AA, the Arakan Army. Right now, there is no particular government ruling or protecting in the country, so the people who have weapons have power.

What was everyday life in Rakhine like given the laws against you, the identification system?

Hafsar:  If anything happens for Rohingyas, if we go to any authority for justice, whether you're right or wrong, you wouldn't be protected. Because first of all, we're stateless. We are made to be stateless in our own country, because 1982 citizenship law says you are not a citizen of the country. Second of all, there is racism against Rohingyas. And even if you are right, there was no justice for you. Just [to] make it very simple - If Rohingya travel from one township to another township, we get imprisoned for seven years just for travelling. What kind of crime is that - within our own country?

You mean travel outside Rakhine?

Hafsar: It doesn't have to be outside of Rakhine. If you travel from the township where you were born, to another township, if you overstay one night -- there are so many times that I was stopped at the ship, on the boat. I couldn't get in because I did not have ID document. In front of many people, we were embarrassed, we were taken charge against simply because we were travelling within our own state, within our own country. So that is how we have been oppressed and excluded from the system.

I've heard Rohingya campaigners say that the community feels betrayed by just about everybody. Would you agree with that?

Hafsar: I think the right terminology is ‘fail’ - they failed us, including ASEAN. Because ASEAN always hold on to non-interference policy, the UN holds on to their statement about how sorry they are about how many people have lost their lives. And then, in 2020 when there were Rohingya boats wandering between the seas of Malaysia, Indonesia and Thailand — these people escaped from the horrendous massacre and they were trying to land ashore in your land, and you push them away.

Where's the human sense? Where's the humanitarian ground? There was nothing, and everyone fail us because we are not protected from our country of origin, so it makes us feel like we belong to nowhere and our lives, Rohingya lives, doesn't matter. No matter how many lives have been gone, it just becomes a data on the system and it just becomes a report. People just say ‘we're sorry’. That's not enough, when it comes to the lives of humans, just to say sorry.

You've also said that you are not stateless, but were made stateless.

Hafsar: We have lived in this country many, many decades. I cannot say precisely, it's since maybe since 17th century. . . So if we have migrated hundreds and hundreds of years ago, if our great great, great grandparents fought alongside other comrades in the fight for the independence from the British, that's how long we have been in that country. So we are rightfully citizens of the country. We were promised that we will be given equal rights like other ethnic groups, but after independence, we have been betrayed by the government of Myanmar.

And then we have different type of ID cards. My great grandparents had green colour, pink colour, which is different than other ethnic groups, which deprive you [of] having equal rights. And then in 1982, they amended citizenship law that excluded Rohingya [from the list of ‘national races’]. Yes. So everyone who were born after 1982 automatically become stateless citizens, that includes me, and the people who used to have the previous ID – they call it national ID and it's not citizenship card – if the status [in that ID shows] Rohingya or Muslim, you are already deprived [of] many rights, you're not protected by the law, you are not entitled to travel, you are not entitled to be employed in the government office.

What did the older generation tell you about your history, identity?

Hafsar: The story that has been passed on [by] our great grandparents is how we have been living peacefully in the past with other ethnic groups. Most of the work that Rohingya did was farming, we do trading. At some point, the killings and the massacre against Rohingya started. In my grandparents' time, they have to hide from different ethnic groups because they're not protected.

Hafsar: We know that automatically, we are going to be treated different than other ethnic groups simply because of who we are. That's the kind of fear instilled since our childhood. We know that we will be discriminated if we go to school, we know that we will be called by derogatory terms if we go out on the street -– which I have experienced in my entire life until the day I left from Burma. Even recently on social media, they still use that terminology ‘kala’. It's like how people call [black people] ‘nigger’.

What's the most misunderstood thing about the Rohingya outside, say in international reports or media?

Hafsar: In the space of humanitarian [work] and in the NGO world, they think that Rohingya do not have the capacity to own to build their own community, which is wrong. We do. All we need is enough support, resources and funding.  Rohingyas are a very smart and very intelligent people. I will say only Rohingyas could bear the kind of persecution that we have experienced. I will say we are one of the most resilient groups in the world. I don't know if any other ethnic group in the world will be able to go through what we go through, and still survive and shine in different countries.

What’s different between the Rohingya and other ethnic groups, the Karen or the Kachin struggle?

Hafsar: Let me give you a very clear and very simple answer. The difference is we are stateless.

Yes, there are other minority groups who are struggling with armed groups. They might have been fighting like 30 years ago, at least they have an army that can fight against [the military]. Rohingya cannot even own a sharp knife! They go and search Rohingya houses. If they find a knife, they don't let us keep it.

I’ve heard people ask, why are there no anti-coup protests in Rakhine?

Hafsar: Because it has been a very sensitive area since 2012, when there was burning and killing. They have enough chaos already - in 2012, 2015, 2016, 2017. I don't know if the people can be bothered to go out for the coup because people are already living in a lot of uncertainty. Am I gonna live tomorrow? Am I gonna die tomorrow? And COVID is around? It's just too much, I think. I don't know if they can even see any difference before [the] coup and during [the] coup because their life has been already like that, in the IDP (internally displaced people) camps. 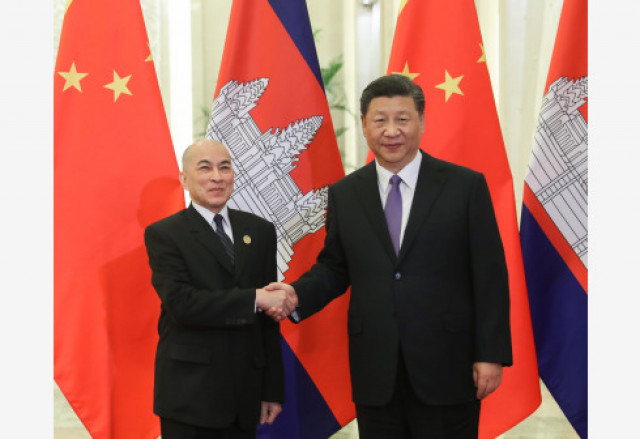 The Ministry of Interior Reports 17 Tons of Drugs Seized sin...