This photo taken on May 3, 2018 shows pile of plastic garbage occupying a canal in a residential area in Phnom Penh. Photo by TANG CHHIN Sothy / AFP

In the age of globalization here, there and everywhere, Cambodia, like many other countries, is negatively affected by economic, public-health, environmental and other disasters for which the country is not directly responsible.

Pollution through plastic waste is, at least in part, among those.

With mass consumption of industrial products, most of them imported or produced locally according to the norms of the imported ones, it has been a long time since food packaging with products from the countryside such as banana leaves and so on has been replaced by plastic packaging—bottles, bags, glasses—that one can find by the tons washed ashore along the banks of rivers big and small and on the roadside. And how can we know where the plastic waste brought to the country’s beaches or mangroves by the ocean currents came from…

However, globalization has the positive effect of getting concrete impacts from environmental projects launched thousands of kilometers from the country and that are hardly known by anyone here.

So, on July 13, the NGO The SeaCleaners was selected along with four other NGOs dedicated to the protection of the environment by the charity project The Event to receive funds collected during a “gaming marathon” to take place in September 2022 and during which, online video gamers will, in the course of 50 hours, encourage their fans to make donations. In 2021, this marathon had raised nearly $10 million.

What connection, you may ask, is there between The SeaCleaners, gamers and Cambodia?

First, a few words about The SeaCleaners.

This NGO was founded by the French-Swiss yachtsman Yvan Bourgnon about whom the NGO’s website says: “Over the course of his career, Yvan has built up an impressive racing record in sports multihulls and also in offshore races on the most performing boats. With his elder brother, Laurent Bourgnon, he won the Transat Jacques-Vabre in 1997.

“Holder of several world records, he pushes sailing to the extreme by embarking on a series of unprecedented solo adventures on his uninhabitable catamaran, without instruments and without assistance, including a round-the-world race from 2013 to 2015 and the Northwest Passage linking Greenland to Alaska in 2017,” the NGO’s text reads.

At the end of his epic career, the yachtsman decided to invest in the depollution of oceans and rivers by launching The SeaCleaners that gave the green light to begin construction of the Manta, a pollution-control ship for ocean, estuaries and seacoasts as well as the operational deployment of the waste-collection ship MOBULA 8 in countries affected by plastic pollution. Donations obtained from “gamers” will be used to speed up the implementation of these two programs.

It is through MOBULA 8 that a connection can be made between the French-Swiss yachtsman and his partners, the gamers at The Event and Cambodia. It is a pollution-control ship equipped with unique and innovative technology to pick up floating, solid and liquid waste. “Thanks to its removable floats and its folding deck, it offers an important storage capacity for plastic waste while remaining within the road gauge and being economically and safely transportable in a 40-feet container,” The SeaCleaners NGO says at its website.

Fully capable of cleaning up lakes and rivers within a country and, therefore, in Cambodia, the MOBULA 8 is currently being deployed in Indonesia.

The waters of the country are on the list of its intervention projects and contacts have been established between the local authorities and the NGO. Let’s hope that funds collected in September by the video game fans will enable this plastic-eater ship to go ahead with its beneficial task as soon as possible in Cambodia.

Of course, the country has not been waiting for this ship to start taking action against this pollution. But this would be a great opportunity for Cambodia to be part of the promotion of innovative initiatives on an international scale to fight against this scourge plaguing rivers and lakes that, beyond borders about which water currents couldn’t care less, belong to Humanity’s common heritage. 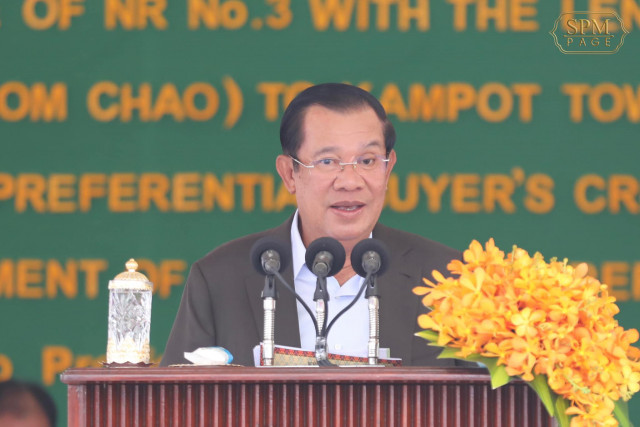 PM Hun Sen Weighs in on Russian Invasion of Ukraine, Does No... 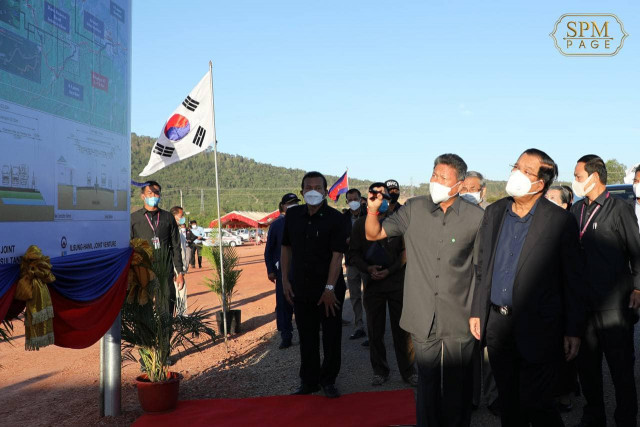