A Return to Being: In Search for Khmerness in Contemporary Cambodia

Dr. Un Leang is the Dean of Faculty of Social Science and Humanity at the Royal University of Phnom Penh and Member of the Board of Directors at Cambodia Development Center. Photo supplied.

In lieu of this Op-Ed, permits me to show the wider backdrop of my ‘intellectual curiosity’. I propose to question the most fundamental issues surrounding human existence from a ‘Cambodian’ perspective as understood through reflection in the ‘mirror’ of other traditions.

Blending historical, sociological, and ethnographic analytical strategies, my attempt is to invite Cambodian intellectuals to work together to answer the following set of interrelated questions, thus laying the foundation for a substantive transnational and inclusive philosophical dialogue into existence.

1. How do contemporary Cambodian youth ‘make meaning’ about their lives and how do these dictate personal and social relations?

2. What assumptions and worldviews underpin contemporary personal and social relations in Cambodia?

3. What might the future foundation of practical social and personal action in the Cambodia context look like?

Nearly all of the historical scholarly works on Cambodia focus on two subjects: the rise/fall of Angkor Wat and the rise/fall of the Khmer Rouge. Contemporary research likewise focuses almost exclusively on two subjects: democratization and development policy. Whether historical or contemporary, virtually all studies are underpinned by one common, yet banal assumption: if everyone plays their appropriate role and follows along without question, the prescribed policies (almost always a policy copied from Western-led development agencies) will lead Cambodian society to development, with “development” understood as STEM (Science, Technology, Engineering and Mathematics), technologization and industrialization, and a consumption-based market economy. This naïve hope that the final stage of human progress is just around the corner is unproblematized, while few ask deeper questions.

Only a few Cambodian intellectuals and scholars have looked upon the current social, economic and political transformations critically, i.e., as increasingly moving deeply into the state of uncertainty/confusion. Philosophically, Cambodia outwardly has indeed taken on the surface symbols of a ‘developing country’, but inwardly there is growing “uncertainty/confusion”; Cambodian citizens speed ahead into an increasingly uncertain/confusing world, in large part because they were brutally cut off from their own history and ‘traditional’ intellectual resources since the colonialism and especially during the Khmer Rouge. Moreover, programs attempting to cultivate intellectuals using imported Western knowledge cannot help but further alienate Cambodian thinkers from their own society.

As such, Cambodian citizens today fail to recognize the fleeting emptiness of material happiness. More seriously, they attempt to cloak a deep-seeded lack of meaning in their lives – Nihilism – in a shallow pursuit of material goods, fame and influence. Although bleak, that same emptiness and Nihility – if illuminated philosophically and against the backdrop of Buddhist, Phenomenological and Existentialist thinking – could potentially be a source of renewal and rebirth for the country. What is needed is the work that can reinterpret and thus rebuild Cambodia – past, present, future – philosophically.

Few studies from the humanities (including philosophy) exist to challenge the dominant ‘development’ vision of Cambodia. The studies that do exist are overwhelmingly carried out by foreign scholars or a small number of the Cambodian diaspora. Unfortunately, these important works, forged out of their educational experiences abroad, inevitably begin and end with a Western construction of reality, often problematizing Cambodian society from the same leitmotif of developed, modern and secular Western society.

There is simply no serious academic study that has been conducted by a ‘local’ scholar, one rooted in the language, culture and alternative realities afforded by serious engagement with traditional ways of thinking. From a cultural translation perspective, the result is a one-side view of realities in Cambodia: overly cognitive, blind to emotional, moral and existential dimensions, always constrained within the same set of familiar assumptions about the world.

What we need first is to seek to clarify how this lack of meaning – Nihilism – arose in Cambodia through comparative mirror of the experience of other countries. Specifically, Cambodia’s path to ‘modern’ Nihilism marks a very different process than that of the West. European (Western) society beginning with the enlightenment, began its rebirth by reopening long dormant philosophical questions.

Particularly from the late 19th century when the demise of the Christian value system met the rapid expansion of urban-industrial spaces, political competition and lifestyles shaped by capitalism, the West struggled with these issues, leading to the contributions of Immanuel Kant, Friedrich Nietzsche, Martin Heidegger, and the French post-structuralists. In the case of Cambodia, the questions arising around Nihilism have been pressed upon us largely by three foreign cultural influences: Western STEM model delivered through the modern education system, Western neo-liberalism brought by donor agencies and the culture of consumerism brought by an unbridled market economy.

Second, we need to move from comparative history to comparative philosophy. This can be explored through the translations of the key texts and thinkers, transformations and tensions between the key ideas and aforementioned thinkers. We should work to connect all of these to the Cambodian case. Our goal should be to reconstitute and locate the resources that can ground a new philosophical system for Cambodia. As one concrete example consider one word in Khmer សន្តិភាវកម្ម, a combination of three words; Action, Being and Peace. It invokes connections between happiness, freedom and relations to others. What we hope to explore is not only the deep affinities that key terms such as these seem to carry with the ‘being’ of Martin Heidegger, but also the ways that it insists on relations with the others (being-in-the world-with). Only by defining the term in relation to other philosophical systems can Cambodia locate both its commonality and uniqueness in Cambodian contemporary world.

This is not simply an academic exercise. It actually derived from the implications of the practical action in Cambodian society. My own experiences show this to be the case. From 1995 until 2006, my entire life has been dedicated to education and the teaching of philosophy, looking at deeper questions such as those outlined above (though I will readily admit considerable immaturity at this stage). Yet, from roughly 2007, my education and professional roles shifted to researcher, practitioner and someone active in policy making circles. The reason that I consciously shifted from philosophy to a more practical was the crucial need I saw for understanding Cambodian reality from the ground up.

Yet, the longer I work on these material ‘practical’ problems of education, the more clearly it became to me that Cambodian society is adrift at a much deeper level: the country lacks the philosophical foundations to do anything more than simply ‘copy’ the Western paradigms handed down through the market and (educational) development policies. There is simply nothing to ‘push against’, the (re)construction of Cambodian philosophy following colonialism and the Khmer Rouge. The only way to ground any lasting political-practical solution is by reconstructing philosophically.

My decision to return to Royal University of Phnom Penh and take the role as the Dean of the Faculty of Social Sciences and Humanities since 2016[1] is therefore marked by the increasing tension between my Philosophical and Practical commitments. It is a tension that not only fills me as an individual, but also infuses the entire policy space of present-day Cambodia. It is for this reason that I now see the most urgent task as a philosophical one, the same urgent task that confronts Cambodia itself: a pause on policy-practical dimensions and a return to ‘being’.

That is, we cannot help contemporary Cambodia without a deeper search for, a deeper debate over and a deeper reconstruction of philosophical Khmerness. It is against this backdrop and with an eye towards clarifying the tensions of Philosophy and Practice that I am inviting Cambodian intellectuals to work together on this project.

In addition to contributing domestically, this project also affords the possibilities for making an original contribution to world philosophy. There is much to gain from the contemplation of the human conditions through reexamining Khmer classical texts, and working to understand what it meant traditionally and what are its implications for today.

This project embarks through close dialogues with Western philosophers on the question of ‘being’, following the model for a deep reconstruction process that happened across many East Asian countries. Here Japan is exemplary, and is one place that can provide a strong example of how this can be done. Crucially, the goal is to introduce these ideas, not in order to make Cambodia someone else, but to explore how we can become more authentically ourselves.

*Dr. Un Leang is the Dean of Faculty of Social Science and Humanity at the Royal University of Phnom Penh and Member of the Board of Directors at Cambodia Development Center.

** This Op.Ed was originally published by Cambodia Development Center on September 04, 2020. 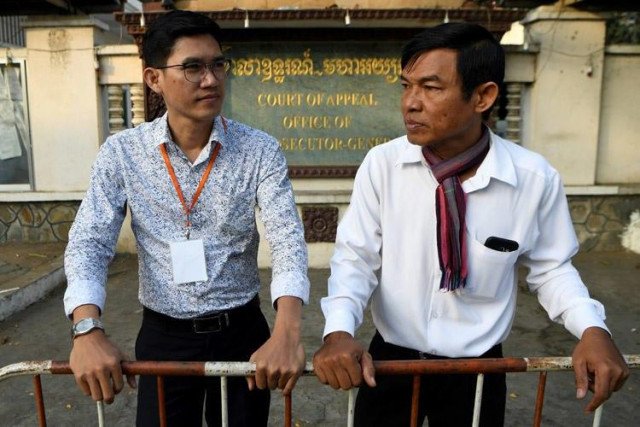 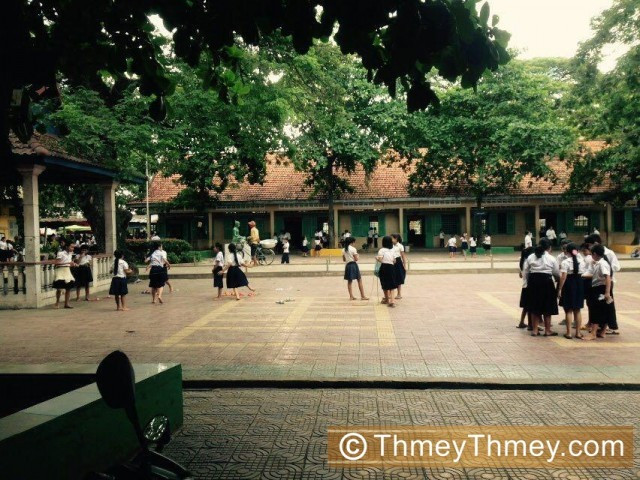