Rice fields in grid patterns where farmers and their buffaloes work steadily, sugar palms sticking on the levees or grouped in groves tickling the clouds with their crown-shape foliage. One or two wooden houses on stilts at the end of a red-earth road and, in the background, many phnom bouncing and casual,  bringing relief and tranquility to this pastoral scenery.

And here you have the classic landscape seen in paintings sold to tourists across the street from the Royal University of Fine Arts in Phnom Penh, meant to show Cambodia’s countryside.

And let’s admit it, without the placid eminences that shape the phnom to mark out the horizon and preventing one’s gaze from getting lost into troubling oblivion, our countryside would be dismally trite.

Similar to the heads of sleeping elephants, the phnom—humble mountains on human scale, seem to watch over the countryside languishing at their feet.

Cornerstones where life can steady itself, they navigate in the Khmer imaginary since the dawn of time as the inseparable companions of the nurturing life-giving rice fields.

But the city is hungry. The city wants to reach the sky and demands limestone, gravel, concrete.For the city, one gobbles a phnom, and then two and then three…and then how many?

From national roads, one can see them: torn apart, eviscerated, agonizing in clouds of dust, assailed by dump trucks as voracious as carnivorous ants.

Will they all end up gulped by mountain grinders? Probably not.One day, the city will be sated and its lights will reach over the clouds.

But in the countryside, where there was a phnom, only paintings will be left to remind us of what no longer is, of what was believed eternal.

And so goes our development: this humongous flux that turns our age-old world upside down with a great deal of excavators.  Rice fields, rivers big and small, mountains, cities and villages: Nothings escapes this.

And neither do our soul nor our cultural imagination. 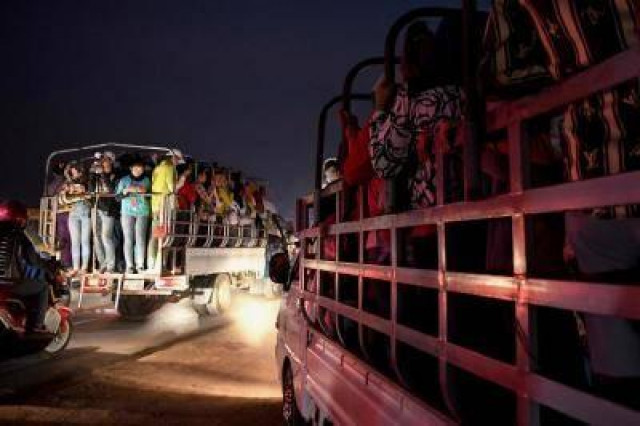 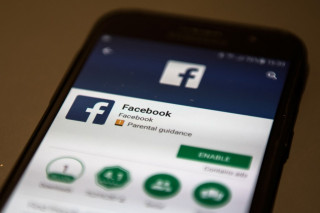 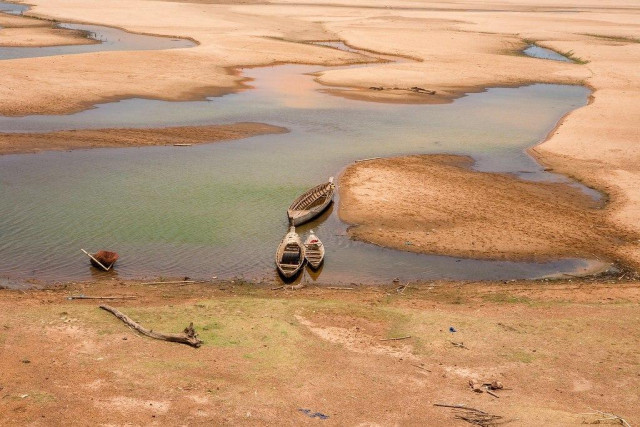