Cambodian Foreign Minister Prak Sokhonn said that Cambodia had successfully hosted the 55th AMM, which was held from July 29 to Aug. 5 in Phnom Penh. Photo: Ministry of Foreign Affairs and International Cooperation

PHNOM PENH – Cambodia, as the ASEAN Chair for 2022 and being a member of the organization for 23 years, aspires to enhance community building among ASEAN states, saying the country has had a proactive approach all along the 55th ASEAN Foreign Ministers’ Meeting (AMM), which was seen as a success despite burning regional issues.

“Cambodia aims to further advance the ASEAN community building process by emphasizing on the need to deliver on all the agreed key targets and initiatives under the three ASEAN community blueprints 2025,” Prime Minister Hun Sen said on Aug. 8, for the 55th anniversary of the constitution of ASEAN. He referred to three common policies adopted in 2015, which aim to bond the nations of the block on political, security, economic and socio-cultural aspects.

The prime minister added that as the last state to join the group in 1999, Cambodia has been actively participating in the ASEAN building process. The current chairmanship under the theme “ASEAN A.C.T: Addressing Challenges Together” reflects its commitment to fostering the ASEAN spirit of togetherness.

Hun Sen added that ASEAN will continue to face many challenges, such as the crisis in Myanmar, the South China Sea dispute, the Korean peninsula, and the Russia-Ukraine war. These issues can destabilize regional security if the community does not address them well.

Cambodian Foreign Minister Prak Sokhonn said that Cambodia had successfully hosted the 55th AMM, which was held from July 29 to Aug. 5 in Phnom Penh.

The meeting was held amidst rising tensions in the Taiwan strait and raging conflicts in Ukraine and Myanmar.

“I am happy to say that last week, we were able to bring the 55th AMM meeting and related meetings to a remarkable success overcoming burning issues, unprecedented pressure, and tremendous challenges of the present time,” said Sokhonn.

“We firmly stay focused on our community-building effort. We continue to enhance and expand our cooperation with external partners and we have shown that ASEAN stood tall and strong during these critical times of great uncertainty and turbulence in the region and the world.”

He believed ASEAN can forge ahead with its core spirit of one community, one vision, one identity.

On the other hand, Prak Sokhonn is mulling over making a third trip to Myanmar in September 2022 to evaluate how the nation is implementing the Five-Point Consensus, an agreement aiming at restoring peace after the military takeover in February 2021. On July 25, the announcement of the execution of four pro-democracy activists by the junta was widely condemned worldwide, including by Cambodia.

Sokhonn claimed that as a special envoy to the ASEAN chairmanship, he did not want to see Myanmar experience a war like Cambodia had faced for about three decades, causing innumerable devastation, disintegration, and the country falling behind.

Despite his disappointment with the executions carried by the military government, he would not give up his efforts, he said during the closing press conference after the 55th AMM on Aug. 6.

While Cambodia’s commitment towards Myanmar is a laudable desire, it so far couldn’t prevent the situation in the country from worsening. “2022 started with Cambodia going totally off script with Myanmar with cowboy diplomacy,” said Cambodian-American political analyst Ear Sophal, referring to Hun Sen’s visit to Burma in January, where he had been heavily criticized for legitimizing the junta.

“If anyone thought that the special relationship between Myanmar and Cambodia could result in anything fruitful, it didn't. It could not save even one of the four lives executed,” Sophal added.

If he recognized the success of the 55th AMM, Sophal also underlined its limits. “There were ruffled feathers. The conflict in Taiwan and Wang Yi's [China’s Foreign Minister] decision not to attend a gala dinner largely overshadowed the meeting,” the analyst said.

He also sees the meeting as a “lost opportunity” for Cambodia to show kindness towards political prisoners. “U.S. Secretary of State Antony Blinken specifically referenced Kem Sokha and Seng Theary, who is a U.S. citizen,” he recalled.

The analyst sees Cambodia as both a “community builder and a spoiler”. In 2012, the country blocked an ASEAN resolution on the South China Sea, justifying its position “by repeating pro-China phrases such as ‘not internationalizing’ the South China Sea,” said Sophal.

But the government sees its actions as a way to promote ASEAN in all possible manners. Hun Sen said that with its unwavering dedication and sense of duty for upholding and advancing regional peace and security, Cambodia actively contributes to the ASEAN Political-Security Community Blueprint. “We have supported the momentum of ASEAN’s proactive contribution to regional and global peace, including through U.N. peacekeeping operations.”

Over the past 15 years, Cambodia has dispatched almost 8,000 U.N. peacekeepers on missions in other countries. The ASEAN Mine Action Center (ARMAC), whose headquarters are located in Phnom Penh, has increased ASEAN's visibility in addressing the humanitarian effects of the issues with landmines and ERW, he said.

The Treaty of Amity and Cooperation in Southeast Asia which expresses the universal values of peaceful coexistence and friendly cooperation is of utmost importance to Cambodia, the Cambodian PM said.

“We need to put more effort into implementing a broad spectrum of initiatives ranging from industrial transformation, digitalization, and innovation to integration of the global supply chains, digital economy, and e-commerce,” he said.

Cambodia is also ready and willing to establish the Regional Comprehensive Economic Partnership Secretariat in Phnom Penh as long as its partners give the nod, according to the head of the government. 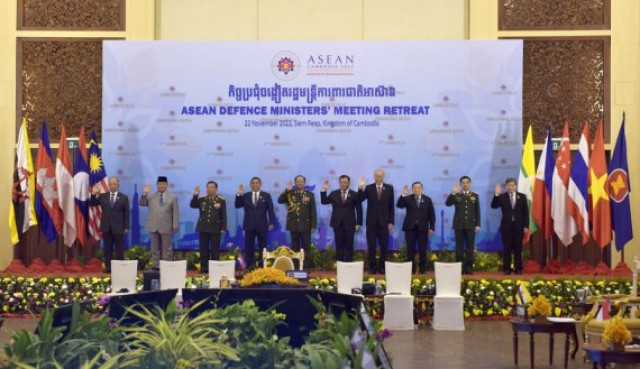 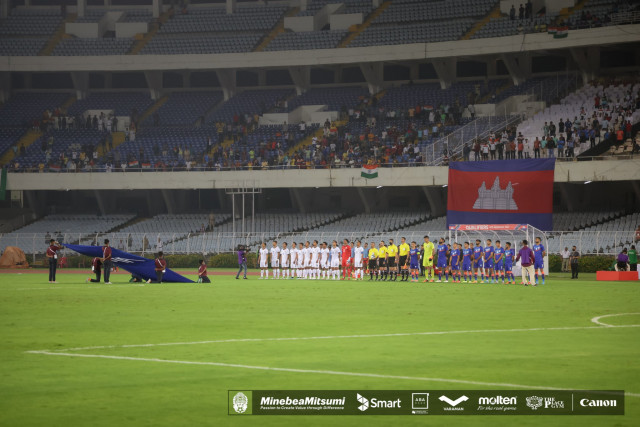