A bicycle rider passes an electronic quotation board displaying share prices of the Tokyo Stock Exchange (2nd L) and numbers of Asian markets in Tokyo on September 17, 2020. (Photo: AFP)

Hong Kong, China | Asian markets mostly fell Tuesday as investors took a breather after the previous day's rally, with the mood dampened by news that a vaccine trial had been halted after a volunteer fell ill.

While Wall Street provided a strong lead thanks to a surge in tech stocks, regional traders struggled to take up the baton with sentiment continuing to be kept in check by spiking virus infections and the reimposition of some lockdowns around the world.

There was little movement after remarks by a top Democrat who said the House should not expect any action on a new stimulus this week, making a rescue deal even more unlikely before the November 3 election. Republicans for their part have rejected the $1.8 trillion offer put forward by the White House last week.

Still there is a broad expectation that a bill will eventually be passed at some point -- and with Joe Biden well ahead in polls while Democrats could win both arms of Congress, talk is of a bigger package.

"For now it seems the reduced uncertainty over the election and the promise of large-scale fiscal stimulus is evidently overriding concerns about higher corporate taxes and more regulation. 'We can worry about that later, if ever' seems to be the current investor market mindset," said National Australia Bank's Ray Attrill.

But for now, worries about the development of a vaccine are playing on investors' minds after Johnson & Johnson said it had temporarily halted its trial after a participant fell sick.

The firm said serious adverse events were "an expected part of any clinical study, especially large studies", adding company guidelines allowed officials to pause a study to determine if the problem was related to the drug in question and whether to resume the study.

The news dealt a blow to hopes for an effective treatment for the disease, which as killed more than a million people, infected tens of millions and plunged the global economy into recession.

Tokyo, Shanghai, Seoul, Taipei, Manila and Jakarta were all in the red though Sydney, Singapore and Wellington enjoyed gains. Hong Kong was closed because of a typhoon. 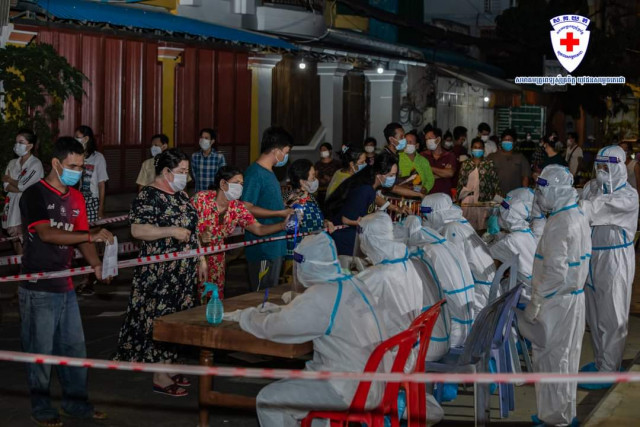 Cintri Workers Remain on Strike as No Deal Reached