Russian President Vladimir Putin attends a meeting with US President Joe Biden via a video call in the Black Sea resort of Sochi on December 7, 2021.

Moscow, Russia | Russian President Vladimir Putin is set to speak with his US and French counterparts on Saturday after the United States warned that Moscow could invade Ukraine in days.

The United States had dramatically raised the alarm over Ukraine on Friday, saying a Russian invasion starting with civilians caught under aerial bombing could begin in days and telling US citizens to leave within 48 hours.

In a diplomatic flurry to head off a possible invasion, Putin will speak with Joe Biden and Emmanuel Macron on Saturday.

US Secretary of State Antony Blinken said he will also speak to Russian counterpart Sergei Lavrov the same day, terming this "a pivotal moment" in the crisis and that his government was "prepared for whatever should happen."

"We continue to see very troubling signs of Russian escalation, including new forces arriving around Ukraine's borders," Blinken said at a press conference in Fiji.

"If Russia is genuinely interested in resolving this crisis of its own making through diplomacy and dialogue, we're prepared to do that," he said.

The White House had earlier warned of an attack by the more than 100,000 Russian troops currently massed next to Ukraine, even while the Beijing Olympics were still underway.

Blinken added that dialogue would only be possible if accompanied by "de-escalation."

"So far, we've only seen escalation from Moscow," he said, adding Russia has yet to respond to "some of the ideas" floated by Washington. "I'll be asking Mr Lavrov if we can anticipate a response in the coming days, to see if we can carry the dialogue forward."

Blinken declined to confirm whether the United States would be evacuating its embassy staff from Kyiv: "We'll have more to say about that in the coming hours," he said.

While stressing that it was not yet known whether Putin had taken a decision, saying "we can't predict the exact determination," Sullivan made clear the United States was bracing for the worst, including a "rapid assault" on the capital Kyiv.

Sullivan spoke shortly after President Joe Biden and six European leaders, the heads of NATO and the European Union held talks on the worst crisis between the West and Russia since the end of the Cold War.

A US official said Biden would speak with Putin on Saturday, while Paris said Macron would also be calling the Russian leader on Saturday.

Underlining the bleak outlook, a string of countries joined the exodus of diplomats and citizens from Ukraine, while oil prices surged and US equities tumbled.

Sullivan repeated warnings that Russia risks severe Western sanctions and said that NATO, which Putin wants to push back from eastern Europe, is now "more cohesive, more purposeful, more dynamic than any time in recent memory."

The Pentagon announced it was sending 3,000 more troops to bolster ally Poland.

Following the earlier group phone call between US and European leaders, German Chancellor Olaf Scholz's spokesman said "the aim is to prevent a war in Europe." But if Moscow fails to pull back, "the allies are determined to jointly take swift and deep sanctions against Russia."

Sullivan spoke to der Leyen's chief of staff Bjoern Seibert by video call on Friday to coordinate "the details of a potential transatlantic response, including both financial sanctions and export controls," according to a White House statement.

Russian naval forces and troops, including units brought in from all over the vast country, now surround Ukraine to the south, east and north.

Russia, which denies any plan to attack Ukraine, already controls the Crimea territory seized in 2014 and supports separatist forces controlling Ukraine's Donbas region in the east.

The Kremlin says its goal is to get NATO to agree to never give Ukraine membership and also to withdraw from eastern European countries already in the alliance, effectively carving Europe into Cold War-style spheres of influence.

The United States and its European allies reject the demands, insisting that NATO poses no threat to Russia.

According to the head of Norway's military intelligence service, Russia is operationally ready to conduct a wide range of military operations in Ukraine and the Kremlin just needs to make the call.

Top US general Mark Milley and his Russian counterpart Valery Gerasimov talked Friday by phone, the Pentagon said, giving no details of the discussion. 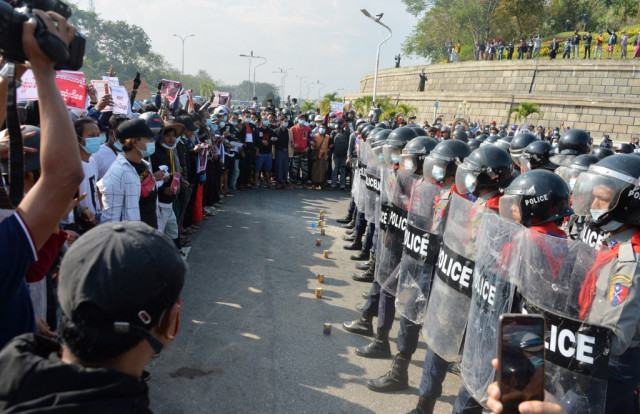 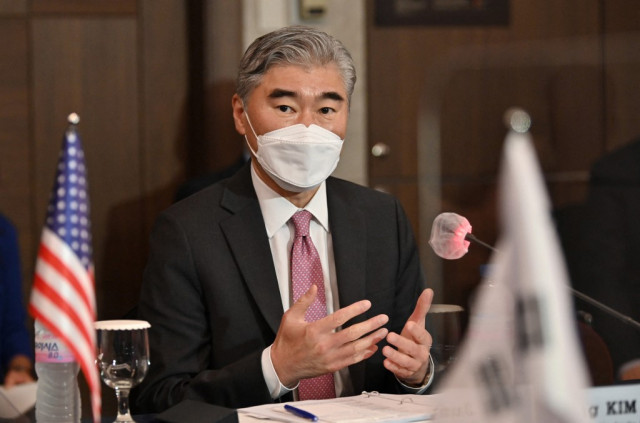