Wilmington, United States | President-elect Joe Biden on Tuesday introduced a seasoned national security team which he said was prepared to resume US leadership of the world once Donald Trump leaves the White House.

The six women and men he has chosen to be his key diplomats and intelligence advisors said they would implement a return to multilateralism, global cooperation and fighting climate change after four years of Trump's go-it-alone policies.

"It's a team that will keep our country and our people safe and secure," Biden said, introducing his picks for secretary of state, national security advisor, intelligence chief, homeland security and other key cabinet jobs.

"It's a team that reflects the fact that America is back. Ready to lead the world, not retreat from it," Biden said.

Antony Blinken, Biden's choice for secretary of state, vowed to pursue cooperation around the world, saying that the United States cannot solve global problems on its own.

"We have to proceed with equal measures of humility and confidence," Blinken said.

"As the president-elect said, we can't solve all of the world's problems alone. We need to be working with other countries, we need their cooperation. We need their partnership," Blinken said.

Linda Thomas-Greenfield, Biden's choice to be the next ambassador to the United Nations, echoed those sentiments.

"I want to say to you: America is back. Multilateralism is back. Diplomacy is back," she said.

"The challenges we face -- a global pandemic, a global economy, the global climate change crisis, mass migration and extreme poverty, social justice -- are unrelenting and interconnected, but they're not unresolvable if America is leading the way."

Former secretary of state John Kerry, who Biden chose as his special envoy on climate change, confirmed the new administration would bring the US back into the Paris climate accord after Trump pulled out of the landmark 2015 deal.

But Kerry also warned that the Paris pact he helped negotiate was not enough to fight global warming, and called Tuesday for a UN conference in Glasgow next year to push for more.

All three pledged to maintain an environment of professionalism among the government officials they will oversee, obliquely referring to the politicization of much of government work that left much of the bureaucracy dispirited under Trump. 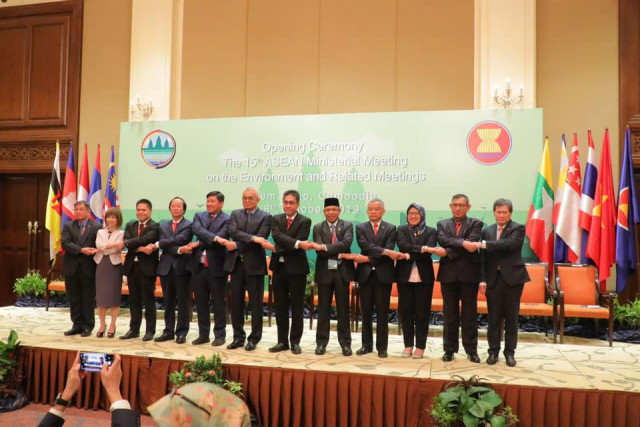