PHNOM PENH – Cambodia sent 346 blue helmets to help maintain peace in Mali and South Sudan, under the auspices of the United Nations.

Sem Sovanny, General Director of the National Centre for Peacekeeping Forces said the government sent a total of three groups to the two countries.

The Airfield Engineer Unit 729 and Explosive Ordnance Disposal Unit 828 were sent to Mali, while the Gendarmerie Squadron Unit 171 was sent to the Republic of South Sudan.

Speaking on Oct. 24 at the troops' departure ceremony, Sovanny​ said these three units add up to 346 people from the Royal Cambodian Armed Forces, adding that a number of women are part of the quota.

While the Gendarmerie Squadron unit includes 33 women, which accounts for 47 percent of the unit’s total, there are 18 female blue helmets in the Explosive Ordnance Disposal unit (almost 13 percent of the unit), and 16 in the Airfield Engineer contingent (also 13 percent).

The UNESCO Representative to Cambodia, Sardar Umar Alam,​ expressed his deep gratitude to the government and blue helmets for their commitment to world peace.

He encouraged the government to continue to promote the "Women's Agenda for Peace and Security” as the women's peacekeeping force serves as a role model for gender equality and inspires Cambodian girls to take part in peacebuilding initiatives at home or abroad.

Prak Sokhonn, Minister of Foreign Affairs and International Cooperation said that the departure of the troops was taking place on the day commemorating the official establishment of the United Nations on Oct. 24, 1945.

He also mentioned the phrase of Tea Banh, National Defense Minister:​ “Go together, Come together”, to instruct all forces to know how to unite, love, and help each other to accomplish individual and team tasks.

Since the first Cambodian blue helmets contingent was sent in 2006, the country has sent a total of 8,302 people, including 580 women, for 11 missions in nine countries, including the Republic of Sudan, South Sudan, Chad, Central Africa, Lebanon, Mali, Syria, Cyprus and Yemen. 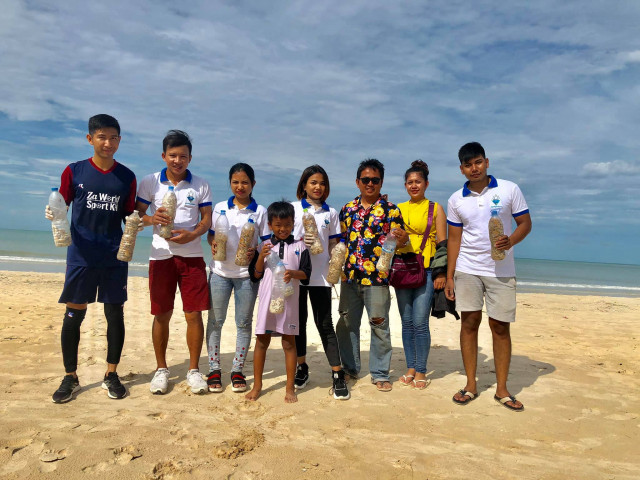