Families from Oddar Meanchey Province involved in the lawsuit against Thai multinational Mitr Phol get an update on their case during a meeting. Photo: courtesy of Equitable Cambodia.

The Bangkok South Civil Court has ruled that more than 700 Cambodian families can bring a transboundary class action lawsuit against the Thai multinational for land rights abuses a decade ago.

PHNOM PENH--A Bangkok Civil Court on the morning of July 31 granted Class Action Lawsuit status to more than 700 families who are taking Thai sugar giant Mitr Phol to court over forcible evictions that took place throughout 2008 and 2009. The Cambodian farmers have been seeking justice for over a decade, but today’s landmark decision could pave the way for the aggrieved communities to take legal action against companies who they claim have violated their human rights.

Hoy Mai and Smen Tit stood as the plaintiffs in the transboundary class action suit, representing the estimated 3,000 Cambodians from Oddar Meanchey Province who lost their homes and livelihoods when Mitr Phol had them forcibly evicted to make way for a sugar plantation in 2008.

“As a representative of the people in Oddar Meanchey Province, I am very happy with this result,” said Hoy Mai following the court’s decision. “I hope to get justice in the future. We will all continue to fight until the end.”

In January 2008, Cambodia’s Ministry of Agriculture, Forestry and Fisheries granted 19,700 hectares of land to three companies controlled by senior management of Mitr Phol. Thousands of Cambodians were evicted, their homes and crops torched to clear land for the Thai multinational. Complaints have been ongoing ever since, even after Mitr Phol’s land concession was revoked by the ministry in 2015.

The class action lawsuit began in 2018 but has taken more than two years to get off the ground due to a Thai court ruling to the effect that communicating with all the 700 affected families was too difficult. The families appealed and, on July 31, 2020, the Bangkok South Civil Court agreed that they could file a class action lawsuit against Mitr Phol for damages and reparations.

A representative of Mitr Phol’s Corporate Communications Department declined to comment on the court’s decision or the upcoming legal battle.

“The decision rightly recognizes that national borders must not provide corporations with a free pass to act with impunity, nor should they pose a barrier to anyone seeking justice for alleged human rights abuses,” she said.

This class action, which is the first of its kind in Southeast Asia, presents an opportunity to reshape the legal landscape of the region, particularly in relation to corporate accountability.

A Decade-long Search for Justice

In 2013, US company Coca-Cola revealed that Mitr Phol had been one their biggest sugar suppliers. But following a campaign led by British charity Oxfam, Coca-Cola vowed to clean up its operations in terms of human rights and environmental abuses committed within its supply chains. Despite this, Coca-Cola did not use its leverage to pressure Mitr Phol into remedying the situation in Oddar Meanchey, but in 2018 the company confirmed that it was no longer sourcing sugar from the Thai multinational.

Similarly, Mitr Phol had joined a sustainability initiative operated by Bonsucro—an international non-profit that aims to promote sustainable sugarcane production worldwide. The affected families of Oddar Meanchey Province submitted a complaint to Bonsucro in January 2011. Bonsucro accepted the grievances of the communities, but Mitr Phol refused to cooperate, choosing instead to withdraw its membership from Bonsucro’s initiative in June 2011.

Families have been living precariously all these years, not knowing whether they would get their land back. Photo: courtesy of Equitable Cambodia.

By 2015, the communities had taken their case to the National Human Rights Commission of Thailand, who found the company in breach of the United Nations Guiding Principles on Business and Human Rights, but Mitr Phol declined to engage with the communities. The same year, Mitr Phol rejoined Bonsucro and a new complaint was filed with the non-profit organization in February 2016, requesting an impartial mediator to bring about some form of solution for the 3,000 or so Cambodians whose lives had been shattered by Mitr Phol’s actions.

Sending a Message to Corporations

“Today’s decision is a very good step for the communities, but the next steps are with the lawyers and the courts,” explained Eang Vuthy, executive director of Equitable Cambodia—one of the land rights groups closely involved with the case.

“We’ve had several dialogues with Mitr Phol, but they just try to avoid finding any remedy to the problem,” said Vuthy in a telephone interview. “But the communities will use every available option to find justice: We needed Mitr Phol to come to the negotiating table, which they didn’t, so this is how this complaint came about.”

Vuthy said that the communities had a figure in mind with regards to the damages they seek for the loss of their land, their homes and livelihoods, but that he was unable to make the information public at this time.

“This is not the first case of Cambodian communities taking on big international companies,” he said. “And corporations need to learn that when they commit human rights abuses, they will be held accountable.”

Vuthy went on to note that today’s decision from the Thai justice system will change the region’s access to justice for the better, even though the outcome is far from certain and the legal matter far from settled.

“At least today, we have set a legal precedent in the region—it’s never happened that a community from another country has filed a class action lawsuit against a corporation in their home country and have it taken on: That really changes the landscape of legal history,” he said.

For Vuthy, today’s decision marks an opportunity for Southeast Asia to better develop the legal systems that are designed to uphold the rights of all communities. He hopes other countries and communities will follow suit.

“It informs the public that corporations cannot get away with business as usual, they cannot run away from the situations they create, even with powerful people supporting them,” he said. “So we don’t know the result yet, but there’s already a recognition and a change in the normal practices.” 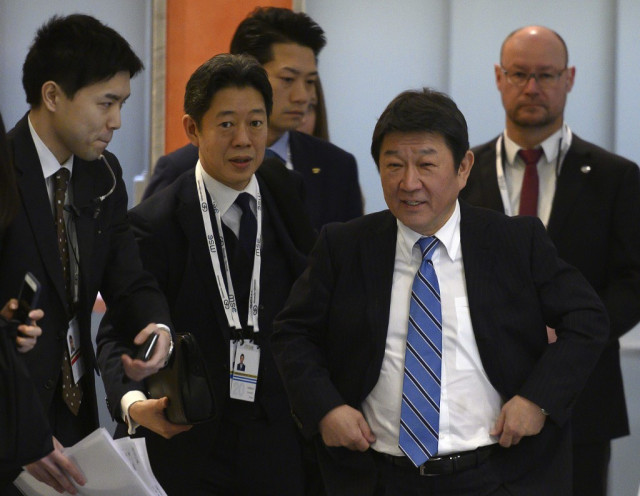