Cambodians will Suffer if Mismanagement of Mekong River Continues

A new situation report from the multilateral Mekong River Commission has called for renewed urgency in finding cooperative means of managing the river for fear of the consequences.

In their report, the commission warned that a failure to manage the Mekong River properly will result in numerous adverse impacts on the local communities who depend on the river for their livelihoods, on the river system and the river life that supports the river’s functions, and on the governments of the four countries that manage it.

Cambodia’s food security—in terms of fisheries and rice production—could face severe consequences due to the lower water flows recorded in the Mekong between January and July 2020. Throughout 2019, the Mekong River Commission reported record lows in the water flows throughout the Mekong, but this year’s data appears more severe.

Most at risk is the Tonle Sap—the largest and most productive inland lake in the region, famed for its naturally occurring phenomenon of reversing its flow—it is also the key source of protein for Cambodia.

In 2017, the Food and Agriculture Organization (FAO) of the United Nations reported that fish provided 17 percent of global animal protein intake, but in Cambodia that figure shoots up to more than 50 percent.

The state of Cambodia’s fishing is highlighted by the FAO’s latest report from June 2020, which shows more boats reported here than any other country analyzed. However, despite this achievement, all of Cambodia’s boats are under 12 meters in length—pointing to an underdeveloped fishing industry more geared towards subsistence fishing than commercial production.

As the Tonle Sap is yet to reverse its flow and water levels throughout Cambodia’s river systems remain low, the Mekong River Commission has sounded the alarm, calling on countries to cooperate and address this year’s low flows together.

“We call on the six Mekong countries to increase data and information sharing on their dam and water infrastructure operations in a transparent and speedy manner with the [Mekong River Commission],” said An Pich Hatda, chief executive officer of the commission’s secretariat. “It is time to walk the talk and to act in the common interest of the entire Mekong River Basin and the affected communities.”

But Cambodian officials at the Ministry of Water Resources and Meteorology have sought to downplay the severity of this year’s unusual weather patterns and have instead pinned the blame on climate change.

Speaking at a press conference on Aug. 12, Chan Youttha, spokesperson and secretary of state at the Ministry of Water Resources said that Mekong and other rivers are experiencing low flows which are driven by the El Nino effect, which he said had been prolonged from 2019 to early 2020.

According to a World Bank report from January 2019, Cambodia is caught between what is known as El Nino Southern Oscillation (ENSO) events which come in two forms; cooling La Nina events and warming El Nino events.

El Nino events have been responsible for severe droughts and water shortages in Cambodia, most recently through 2014 to 2016. The World Bank found that by 2016, water levels in Cambodia’s rivers had fallen to between 50 and 70 percent of the inter-annual average, making 2016 one of the driest years on record.

“Droughts affected almost every province and 2.5 million people experienced water shortages,” the report read. “That said, it is flooding that causes the greatest climate-related economic damage in Cambodia. In 2015, ENSO was blamed for torrential rains of 50 to 100 millimeters per hour in Phnom Penh, causing flashfloods and infrastructure damage.”

However, the report also found that the cooling La Nina events had a slightly smaller positive effect on Cambodia’s agriculture than the damage wrought upon the industry and infrastructure by the warming El Nino events.

During the Aug. 11 press conference, Youttha explained that Cambodia’s best option would be to store water available during the rainy season to guarantee agricultural security during the coming dry season. He went on to note that Thailand in particular has been doing this to maximum capacity.

“For Cambodia, we will start to take benefit from the Mekong River,” he said, adding that basins or reservoirs will be built to store water between seasons.

He explained that the Vai Ko irrigation system, which covers an area of 300,000 hectares stretching across Tbong Khmum, Kampong Cham, Prey Veng and Svay Rieng Provinces, will play an important role in storing and distributing water from the Mekong for both rainy and dry seasons.

In rainy season, Youttha noted, floods will fill various canals and lakes along the Mekong River and other tributaries like Bassac River and Tonle Sap.

“When the water level starts to decrease, we also stop the water flow so that we can do farming,” he said, adding that the Water Resources Ministry is rehabilitating the waterways by constructing embankments to keep water from flowing back to rivers while deploying machines to pump water when needs be.

In the press conference Permanent Vice-Chairman of Cambodia’s National Mekong Committee, Te Navuth, highlighted that as member of the Mekong River Commission, Cambodia continues to cooperate with other member states and dialogue partners in order to share data and information to deal with such issues related the Mekong River.

He went on to say that the Mekong River has been exploited for economic and social gains by riparian states, with many countries constructing dams and other infrastructures along the river.

Dam construction along upper stream, he said, partly contributed to the low level of the river as it only stores water for generating electricity but not consumes it.

Earlier this year, on April 13, a study into the damming of the Mekong River was published by United States government-funded research consultancy Eyes on Earth. This report highlighted a number of ways through which the Chinese government—utilizing its geographical positioning along the river and its many dams—had withheld water from Lower Mekong countries leading to severe droughts with dire social impacts.

Naturally the Chinese government decried the findings of Eyes on Earth’s report and sought to discredit the methodology, but experts countered that their findings were not partisan or biased.

However, while Navuth of the National Mekong Committee maintained that climate change an El Nino vents remained the key factors, but noted that there may be a connection between infrastructure built along the river and flash flooding.

He acknowledged that the low water levels of Mekong River have affected people, transportation as well as loss of nursery areas causing a decline in fish stocks and a general threat to Cambodia’s food security.

On cooperation, he pointed out that there have been many joint studies between the Mekong River Commission and China, for example on the impact of dams on natural events such as flooding or droughts for downstream countries.

“Now, we are conducting a joint study on the droughts of 2019, which may be prolonged to 2020 and are expected to conclude next year,” explained Navuth. “Joint study reduces conflict, promote solidarity and understanding. Separate studies and claims create problems.”

Despite Navuth’s optimism for cooperation between the riparian states, the issue of transparency is one that has been raised repeatedly for years—with limited trust between competing nations seeking to harness the power of the Mekong River.

Writing in the Council for Security Cooperation in the Asia Pacific’s 2020 regional security outlook, Chheang Vannarith—president of the Asian Vision Institute, a Cambodia-based think-tank—described the future of the Mekong as bleak.

“Any examination of water resource management in the Mekong region will expose the lack of strategic trust—seen in the limited transparency and reluctance to share information—among the riparian countries,” he wrote.

“Distrust remains a key constraint in promoting regional cooperation and developing regional solutions,” explained Vannarith. “Lack of political trust leads to tensions and conflicts. In addition, the region does not have effective mechanisms and institutional capacities to prevent or mitigate resource-driven tensions.” 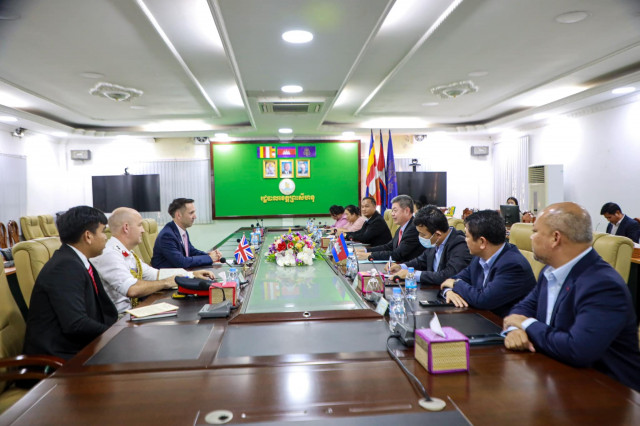 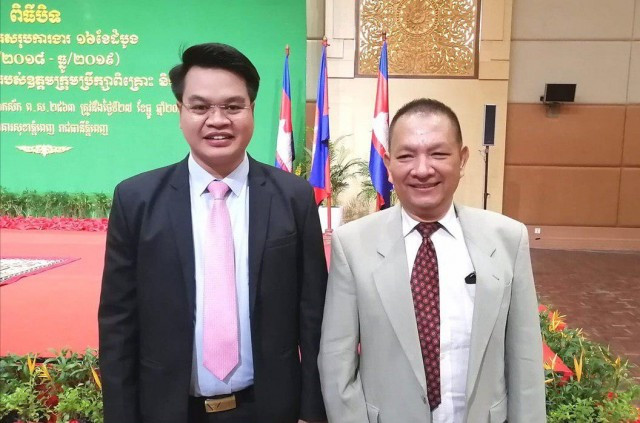 Supreme Council of Advisors seeks to spend unspent budget on...