Cambodia's export to RCEP member countries up 11 pct in Q1

A lorry drives out of the Hong Leng Huor Dry Port on the western suburb of Phnom Penh, Cambodia on Jan. 13, 2022. Photoby Phearum/Xinhua

PHNOM PENH -- Cambodia's total export to the Regional Comprehensive Economic Partnership (RCEP) member countries amounted to 1.95 billion U.S. dollars in the first quarter of 2022, up 11 percent from 1.75 billion dollars over the same period last year, a Ministry of Commerce's data showed on Thursday.

Penn Sovicheat, Cambodian Ministry of Commerce's undersecretary of state and spokesman, attributed the export growth to the RCEP free trade agreement, which entered into force on January 1, 2022.

"It's just the start. The RCEP trade deal will give a big boost to our economy in the long term," he told Xinhua. "Under this mega-pact, Cambodia is projected to see a year's export growth at 9.4 percent to 18 percent, which will contribute to the national economic growth from 2 percent to 3.8 percent."

It will eliminate as much as 90 percent of the tariffs on goods traded between its signatories over the next 20 years.

"For Cambodia, China is a huge market for us, especially for our potential agricultural produce such as rice, bananas, mangoes, and cassava as well as industrial products, and processing goods," Sovicheat said.

Senior economist Ky Sereyvath, director-general of the Institute of China Studies at the Royal Academy of Cambodia, said the RCEP trade deal has provided Cambodia bigger market access and a great opportunity to diversify its exports.

"This pact is also one of the key factors for attracting more international investors, especially from China, to Cambodia," he told Xinhua. "It will help Cambodia quicken its economic recovery from the COVID-19 pandemic."

Sereyvath said that through the RCEP trade pact, Cambodia could be a hub-and-spoke model to distribute goods from China to the ASEAN region.

"The pact has served as a catalyst for regional and global economic growth and undoubtedly, all participating countries will benefit from it at different levels," Sereyvath said. "I believe that it will become a new center of gravity for global trade in the future."

Thong Mengdavid, a research fellow at the Phnom Penh-based Asian Vision Institute, said the pact offered an opportunity for regional countries to defend trade liberalization and promote economic integration, which are key to the post-COVID-19 recovery.

"The successful story of RCEP serves as a role model for multilateralism and is a hope for cross-regional economic cooperation and connectivity in the post-pandemic era," he said. 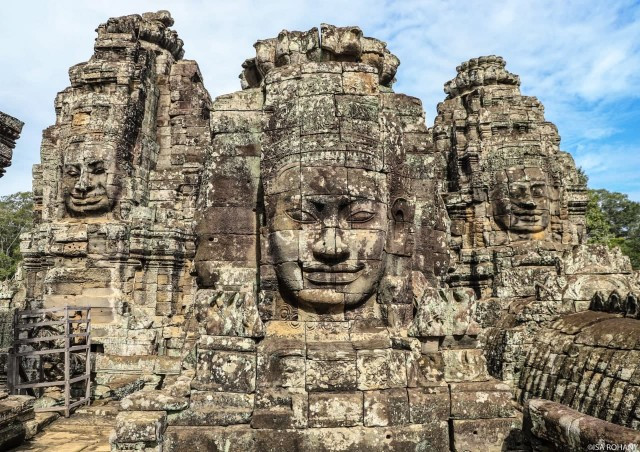 Hurrah for Tourism at a Snail's Pace