Picture taken on November 18 ,2021 shows the lobby of the Taiwanese Representative Office with flowers in Lithuania, Vilnius.

Vilnius, Lithuania | China on Friday condemned the opening of a de facto Taiwanese embassy in Lithuania as an "extremely egregious act," saying any move seeking Taiwanese independence was "doomed to fail."

Taipei announced on Thursday it had formally opened an office in Lithuania using the name Taiwan, a significant diplomatic departure that defied a pressure campaign by Beijing.

"There is but one China in the world, Taiwan is an inalienable part of China's territory," the Chinese foreign ministry said in a statement.

"We demand that the Lithuanian side immediately correct its wrong decision."

China tries to keep Taipei isolated on the world stage and baulks at any official use of the word "Taiwan", lest it lend a sense of international legitimacy to the island, which Beijing claims as part of its territory and has vowed to one day seize, by force if needed.

"The Lithuanian government, in disregard of the Chinese side's strong objection and repeated dissuasion, has approved the establishment of the so-called 'Taiwanese Representative Office in Lithuania,'" added the statement from Beijing.

"The Chinese government expresses strong protest over and firm objection to this extremely egregious act.

"The Lithuanian side shall be responsible for all the ensuing consequences."

That move prompted a fierce rebuke by China which withdrew its ambassador to Lithuania and demanded Vilnius do the same, which it eventually did.

"The Taiwanese Representative Office in Lithuania officially commences its operation in Vilnius on November 18, 2021," the foreign ministry said on Thursday, breaking with the island's tradition of calling its representative outposts Taipei Economic and Cultural Offices.

"We are very happy that we have the opportunity to be a facilitator and promoter for the relations between Taiwan and Lithuania," Huang told AFP.

On the significance of using the name Taiwan, he said it was "of course very meaningful".

"We will not emphasise too much about the geopolitical context. As the representative office of my country, what I am focused on is to promote a substantive relationship."

But Taiwan maintains embassy equivalent representative offices with many nations and several countries have similar arrangements in Taipei.

He has ushered in a more authoritarian and muscular era for China and taken a markedly more aggressive approach to Taipei since the 2016 election of President Tsai Ing-wen.

She is loathed by Beijing because she regards Taiwan as an already sovereign nation and not part of "one China".

The opening of the Vilnius office is the latest sign that some Baltic and central European countries are seeking closer relations with Taiwan, even if that angers China.

In May, Lithuania announced it was quitting China's 17+1 cooperation forum with central and eastern European states, calling it "divisive".

The EU nation was already at the forefront of the struggle against the authoritarian government in neighbouring Belarus by welcoming exiled leader Svetlana Tikhanovskaya who says she won last year's elections.

"We believe that the economic relations established with democratic states are more sustainable and long-lasting, they are more based on the principle of the rule of law, therefore they are more in line with Lithuania's interests," Lithuanian foreign minister Gabrielius Landsbergis told reporters Thursday.

Politicians in the Czech Republic and Slovakia have also pushed for closer ties with Taiwan.

In 2019, Prague cancelled a sister-city agreement with Beijing and signed one with Taipei, while a high-profile visit to Taiwan last year by Czech senate leader Milos Vystrcil infuriated China.

China remains a major trade and diplomatic ally to many other nations in the region, as well as a valuable source of coronavirus vaccines.

That office also used the word "Taiwan" but, unlike Lithuania, Somaliland is not recognised as a sovereign state by most nations. 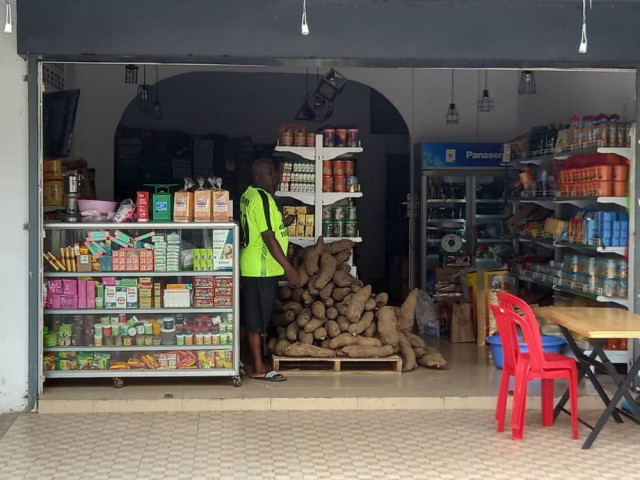 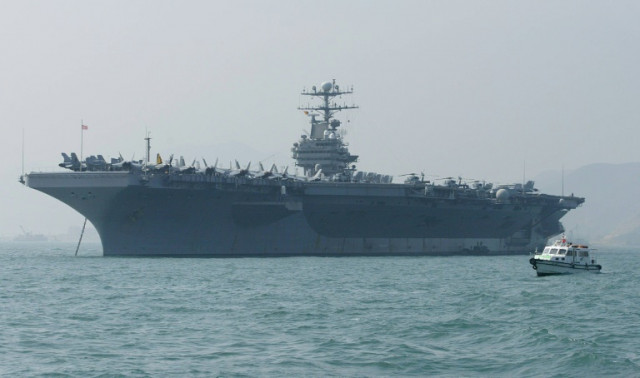 US sends naval strike group to Middle East in 'message' to I...