People walk by the entrance to US newspaper 'The New York Times' in New York, March 8, 2011. AFP PHOTO/Emmanuel Dunand.

Beijing, China | AFP | China on Wednesday announced it would expel American journalists from three major US newspapers, in one of the communist government's biggest crackdowns on the foreign press and escalating a bitter row over media freedoms.

The move against The New York Times, The Washington Post and The Wall Street Journal came as the superpowers also feuded over the coronavirus pandemic, with US President Donald Trump provocatively branding it the "Chinese virus".

China said the expulsions were in retaliation for Washington's decision to cut the number of Chinese nationals allowed to work for its state-run media on American soil.

"They are legitimate and justified self-defense in every sense," the foreign ministry said of the expulsions.

It said the journalists at the three newspapers must hand back their credentials within 10 days, and highlighted they would also not be able to work in the semi-autonomous cities of Hong Kong and Macau.

Beijing also ordered the papers, as well as Voice of America and Time magazine, to declare in writing their staff, finances, operations and real estate in China -- rules similar to those recently imposed on Chinese state media by Washington.

The foreign ministry said the measures "are entirely necessary and reciprocal" moves that China "is compelled to take in response to the unreasonable oppression the Chinese media organizations experience in the US".

The row was ignited last month when the US reclassified Chinese state-run media operating in the United States as foreign missions.

China then expelled three other Wall Street Journal reporters -- two Americans and one Australian -- over what it deemed a racist headline by the US newspaper.

The headline, "China is the Real Sick Man of Asia", was on an opinion piece that the three journalists were not involved in writing.

Those were the first outright expulsions by China of a foreign journalist since 1998, according to the Foreign Correspondents' Club of China.

- US asks China to reconsider -

US Secretary of State Mike Pompeo said following the latest move against the three newspapers that China was wrong to equate state-run media, which answer to Beijing, and independent US news outlets that can freely report and ask critical questions.

"I regret China's decision today to further foreclose the world's ability to conduct the free press operations that, frankly, would be really good for the Chinese people in these incredibly challenging global times, where more information, more transparency are what will save lives," Pompeo told reporters.

The executive editor of The Washington Post, Marty Baron, said the move was "particularly regrettable because it comes in the midst of an unprecedented global crisis, when clear and reliable information about the international response to Covid-19 is essential."

Matt Murray, editor in chief of The Wall Street Journal, called it an "unprecedented" attack on press freedom and said reliable reporting from China had "never been more important."

Rights groups also slammed the move, with writers' group PEN America saying it was "stunningly misguided and a grave risk to public safety."

Human Rights Watch expressed alarm that the ban on the expelled US journalists extended to working in the semi-autonomous region of Hong Kong, where the mini-constitution enshrines free speech.

The move is "further encroaching upon Hong Kong's limited freedom under the 'one country, two systems' arrangement", the rights group said.

The coronavirus has already divided the US and China, with Trump and Pompeo repeatedly speaking of the "Chinese virus" or "Wuhan virus" -- a reference to the city where cases were first detected.

China is "strongly indignant" over Trump's use of the term, which is "a kind of stigmatization," foreign ministry spokesman Geng Shuang said Tuesday.

Trump defended his terminology, telling reporters: "It did come from China, so I think it's very accurate."

Trump indicated that another motive was payback for what he said was China's disinformation campaign.

"I didn't appreciate the fact that China was saying that our military gave it to them. Our military did not give it to anybody," he said.

The United States last week summoned the Chinese ambassador after a foreign ministry spokesman in Beijing, Zhao Lijian, tweeted a conspiracy theory that suggested the US military brought the virus to Wuhan. 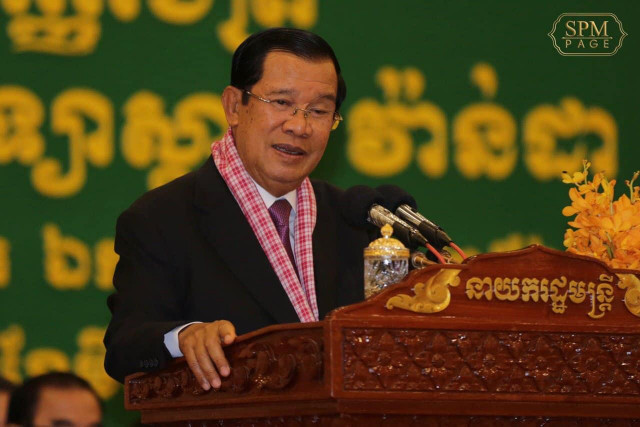