Villagers gather to protest in front of the Ministry of Land Management, Urban Planning and Construction over land disputes in January 2020.

However, the government says disputes over development projects arise from citizens wanting to profiteer.

Meas Ny, a social development researcher, said that people are beginning to fear the word “development” as development in Cambodia usually creates conflict between developers and citizens. To develop an area without compromising human rights and the environment, Meas Ny said the government should act as an impartial arbitrator.

“The government must thoroughly study the impact and be prepared to strike a balance between economic land concessions and social land to provide compensation to affected citizens,” he said.

He added that the government and development companies must also provide compensation in accordance with market values.

Soeung Senkarona, the human rights Investigator for ADHOC, said issues arose from development projects because developers do not assess the impact and carry out studies with local people. Moreover, the government and the developers do not prepare documents meticulously.

“The assessment team who makes a report only prepares the documents to meet all the conditions set. Obviously, the local citizens are not informed about the development plans,” he said.

“It is significant for citizens to participate and voice their opinions. It is better to solve conflicts before implementing the project, and not to develop only according to the project plan.”

Government spokesperson Phay Siphan acknowledged that there were always conflicts when there was a development project, whether in slums, cities, rural areas or lakes.

However, he said that if citizens in certain areas have residence rights before the development starts, the dispute is resolved easily by giving them reasonable compensation.

But in cases where citizens claim possession of the land, conflicts will be hard to resolve.

He said some people cheat by taking advantage of land for development projects.

“They cheat to get land there. If they win they get land, if they lose they get money," he said.

He said also that some officials or authorities conspired with investment companies, causing conflicts with citizens.

“Only a small number of authorities violate the law and are irresponsible in their duties. They often conspire with developers to act against the law,” Siphan said.

Meas Ny agreed,  saying some crooks settled in development areas waiting to demand compensation from the government. However, he still placed the obligation on the government, urging them to monitor the investment companies on a regular basis.

“The government should not neglect its effort after allowing the investors to invest. The government has a role to play in helping to solve the problem, not to send forces just to suppress and cause violence with the citizens,” he said.

He added that in the past, some concessions had been abandoned and others were developed differently from the projects proposed by the company.

Responding to Meas Ny, Phay Siphan said that investors got development projects in accordance with the law. Disputes between investors and citizens, on the other hand, were resolved by the local authorities.

Siphan said the government would continue to develop the country without leaving land vacant, as the government has a long-term vision to generate revenue or boost the economy through development projects.

“Development is crucial for the nation,” he said. “If we abandon the land just for trees to grow on, it will not generate income for our society. When there is a development, both groups may have to face a conflict. Development is to extract taxes and job opportunities for the majority.”

“Development is supposed to make people live more comfortably, not to make it harder for them and cause more flooding in the city,” Senkaruna said. “If a development affects the environment and society, particularly the citizens, the government should not allow it to go ahead.”

Chheng Kimlong, director of the Center for Governance Innovation and Democracy of the Asian Vision Institute, said development companies must cooperate with the government and local people to solve the conflict. He said development projects must focus on conserving and protecting the ecosystem, including the surrounding environment.

“I think some areas like lakes should be preserved,” he said. “At the same time, if any parts of the lakes or areas can be used for development, the project can be implemented by maintaining and protecting the ecosystem. Moreover, the protection system must be strengthened to prevent the disaster, floods, or environmental impacts caused by development projects.”

Kimlong also acknowledged that development boosts employment opportunities and is a source of income for local people.

Previously, Sok Touch, the president of the Royal Academy of Cambodia, has also criticized the continued filling in of natural lakes for development, saying it will have impacts in many ways. Instead, he says they should be used as tourist attractions.

In late August, the government rejected a construction company plan to buy a 1,000-hectare lake, called Boeng Veal Samnab, in Kandal province. The public applauded the refusal, urging the government to keep preserving other lakes.

Prime Minister Hun Sen said he realized that development projects would cause disputes but the government must choose development for the sake of prosperity and the national interest. He said it was impossible to avoid the impact of development on people. 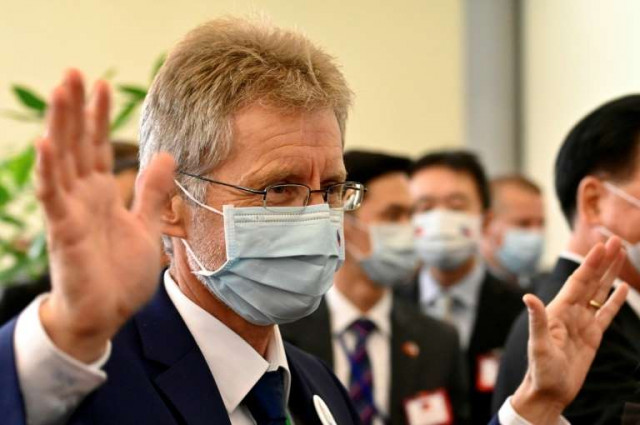 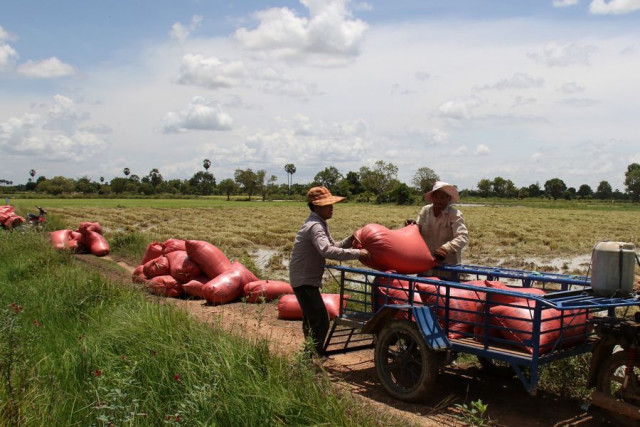