The floodwaters have gradually receded, but caution remains.

Ministry of Water Resources and Meteorology Spokesman Chan Yutha said the precipitation rate was high from Jan. 9 to Jan. 11, causing floods in some areas.

The rainfall was first distributed throughout Kampong Speu province, particularly near the Stung Krang Ponley River and Stung Prek Tnaot River, he said.

The floodwater along the Stung Krang Ponley River affected the lowlands on both sides of the river, which goes through the two provinces of Kampong Chhnang and Kampong Speu.

Floodwater in the area has started to recede since Jan. 14.

However, the flood water along the Stung Prek Tnaot River did not only affect Kampong Speu province but continued to flow downstream, towards Kandal province and Phnom Penh, where some areas got flooded.

Yutha said that the water level in Phnom Penh was more than nine meters high but has decreased by about​ 0.4 meters since 6 a.m. on Jan. 16.

“The floodwater will continue to recede,” he said on Jan.16. “On the other hand, the situation in Kampong Speu and Kampong Chhnang provinces has returned to normalcy. Although the water level in the river is still high, it does not affect the people’s houses anymore.”

Yutha stated the situation of floodwater in Phnom Penh will become better as the rain stops falling while the authorities have been striving to prevent further floods by closing some upstream dams.

The rainfall flooded some parts of the Dangkao district in Phnom Penh, resulting from the water flow from Stung Prek Tnaot River.

He added that the water level will decrease soon if there is no more rain.

As of Jan. 15, the floods inundated 1,090 houses which are home to 1,233 families in the Dangkao district, National Committee for Disaster Management (NCDM) Spokesman Soth Kim Kolmony said.

A total of 1,613 families in Kampong Speu province were flooded, while 30 communes and districts were affected as of Jan.14.

Sok Kha, a 65-year-old resident of the Dangkor district, said the water started to rise on the night of Jan. 14, forcing him to pack his belongings in the middle of the night and put them on top of a dike road, the most elevated point around him, to prevent possible risks to his children.

“The water floods my area every year during the rainy season, but this year, the flood water is greater in the dry season,” he said.

Heng Kimhong, project manager at the Cambodian Youth Network, said the unseasonal rainfall during the dry season happened while the world is accelerating the effort to combat climate change.

Cambodia should likewise ensure the effort to protect its natural resources to prevent unpredictable changes in weather that could harm humans.

Chan Yutha of the Ministry of Water Resources said this heavy rainfall is due to the active low in the Pacific Ocean that diffused to the Philippines and the South China Sea.

The condensed clouds traveled to the Cardamon mountain range, causing rainfall in the country. 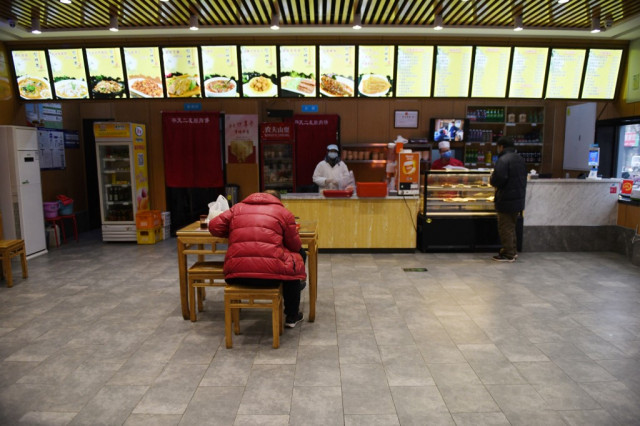