French President Emmanuel Macron gestures during a joint press conference with German Chancellor Angela Merkel ahead of talks at the Chancellery in Berlin on June 18, 2021.

Paris, France | French President Emmanuel Macron hosts Angela Merkel in Paris on Thursday for the last time before the German chancellor stands down, which will spell the end of a partnership at the heart of the European Union for the last four years.

Merkel is to relinquish power after German elections on September 26, bringing an end to her 16 years in office that has seen her work with four different French leaders starting with Jacques Chirac.

Macron, 24 years her junior, has never hidden his admiration for Merkel's longevity, but his sometimes abrasive style and pro-European activism has contrasted with the more cautious approach of his German partner.

In 2019, during a rough patch in ties, Merkel admitted the pair "wrestle with each other" and had "differences in mentality", leading Macron to declare that he believed in "productive confrontation".

"They have very different styles," said Alexandre Robinet-Borgomano, an expert on Germany at the French think-tank the Montaigne Institute.

"The chancellor is someone who takes her time, is always looking for compromises, whereas the president is a disruptor, who is prepared to make bold statements about problems he feels are being ignored," he said.

But in the view of many EU watchers, the two have managed to bridge their gap in age and temperament, forming an ultimately effective version of the fabled "Franco-German" locomotive that drives the 27-nation European Union.

"Despite their big differences, their cooperation has worked well," Pawel Tokarski from the German Institute for International and Security Affairs in Berlin told AFP.

During their time together, the "Merkron" tandem managed historic crises from Britain's departure from the European Union, Donald Trump's norm-shredding US presidency, to the Covid-19 pandemic.

There were differences and friction along the way -- over EU economic policy, Russian gas, Brexit and arms sales -- which were thrashed out in regular phone calls and meetings, often ahead of EU summits.

"They are very different, but they both have a methodical character and a way of working that is not that far removed, which has created confidence," Europe Minister Clement Beaune, who has witnessed the pair up close since 2017, told AFP.

Along with behind-the-scenes wrangling, they also shared moments of genuine public affection, including at the 2018 ceremony to mark 100 years since the armistice that ended World War I, where they held each other in a symbolic embrace.

Their last dinner at the Elysee Palace in Paris will likely see them turn their attention to the diplomatic and humanitarian crisis in Afghanistan, as well as pressing EU issues such as rising tensions with Poland.

All Franco-German partnerships in Europe are judged by the standards of their illustrious forerunners, from Charles de Gaulle and Konrad Adenauer in the post-war era to Francois Mitterrand and Helmut Kohl in the 1980s.

The most significant moment in the Macron-Merkel era came at a gruelling EU summit in July last year when the bloc agreed for the first time to borrow money collectively -- a major step that Germany had long resisted.

Recognising the damage wrought by Covid-19 on the EU economy, Merkel and Macron were the architects of a deal that will see the EU raise 800 billion euros ($950 billion) to be spent around the bloc on infrastructure and new technology.

After years of frustration in Paris at Merkel either dragging her feet or watering down Macron's proposals for the EU, French officials were jubilant that the pair had succeeded in advancing further than most observers thought possible.

"It was the big European moment of the start of this century," commented Robinet-Borgomano.

He believes the two have "laid the first stones" for a truly sovereign Europe, one capable of -- at some point in the future -- taking care of its own security and acting independently from the United States.

A host of anti-EU politicians and many disillusioned voters across Europe are working for the opposite, however, willing a return to nation states and an end to 75 years of building an ever-closer European Union.

"There are still unresolved problems, like those for the eurozone for example, which is far from being stable," Tokarski said. "This is a legacy that Merkel leaves for her successor." 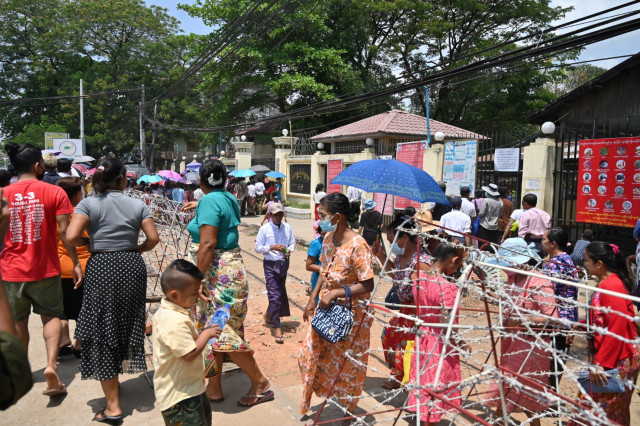 Myanmar political prisoners not among 1,600 freed in new yea... 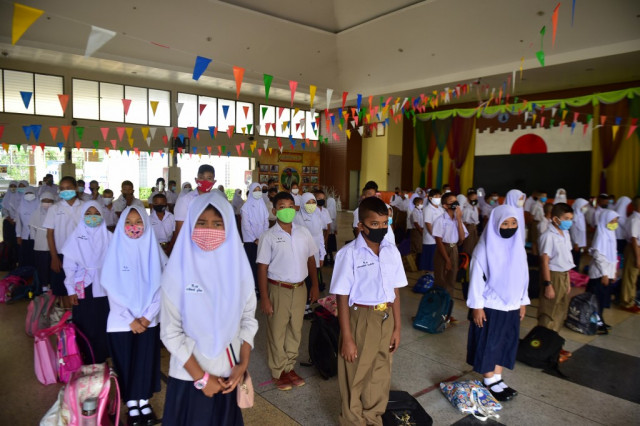