Authorities urged to step in and help agriculture sector

PHNOM PENH--Many farmers have lost their income after the loss of their market in locked down Phnom Penh.

Prices of agricultural products have plummeted after the strict measures to curb Covid-19.

Farmers have called on authorities to help find markets for their produce but officials have told them to adjust to the needs of the market.

Chhun Heang, a kale farmer in Kong Meas district, said he had lost income as no traders had made purchases due to the spread of the pandemic. He was worried because farming was his only sources of income.

“Now, there are no customers buying agricultural products from me and other farmers. This year, I will certainly lose profits if the pandemic continues,” he said.

Heang, who grows his kale on one hectare, turned to selling his produce online for 2000 riels per kilogram but he can only sell a little this way.

Sin Chanthy, a farmer at Rolea B’ier district, said she had a high watermelon yield but could not sell it all, causing her produce to rot. The price had also dropped with the loss of the market.

“I have stopped planting watermelon for a while because growing watermelon is expensive for seeds, fertilizer and other costs,” she said. “They are sold at a low price and I cannot afford the expense.”

Before the pandemic, a truckload of watermelons could be sold for 40,000 riels. Since the outbreak, it can be sold for only 25,000 riels.

After suspending watermelon production, Chanthy turned to selling produce which she bought from other farmers and put on online. She said she did not increase the prices, for which she had received a lot of support.

Both farmers called on the Cambodian people to keep supporting local produce, especially during this difficult time and asked authorities to help find markets for them.

President of Coalition of Cambodia Farmer Community Theng Savoeun, said agriculture, which can supply a household and give extra sources of income, was critical to people’s livelihood during the Covid-19 crisis.

However, the agricultural sector had declined since the outbreak, causing prices to plunge.

To address this problem, he said the Ministry of Agriculture and relevant institutions must arrange for discussion between producers and buyers.

The government must increase investment in agriculture, technology, packaging, processing, and the domestic market.

Savoeun also said the quality of produce and stability of supply are important for farmers. Therefore, relevant institutions must organize Famers into communities for long-term market retention.

In addition to the assistance of the Ministry of Agriculture, Cambodian people were also crucial in helping market growth as well as the agricultural sector, Savoeun said.

They should be taught the proper way to avoid chemical fertilizer usage and resolve irrigation problems.

Commerce Ministry spokesperson Penn Sovicheat said the ministry and the Agriculture Ministry had solved countless problems for farmers, however, some farmers still faced problems, especially during the pandemic.

“However, there was some produce that couldn’t be delivered due to restrictions.”

Neither ministry had a solution besides waiting for the lockdown to end and striving to restore damage afterwards.

“We hope that the reopening of Phnom Penh and Takmao can bring the situation back to normal in which supermarkets and vegetable markets can reopen and famers as well as traders can resupply agricultural products,” he said

Also, the government is accelerating inauguration of the new agricultural wholesale site at Ta Mok Lake to solve problems for farmers as soon as possible. 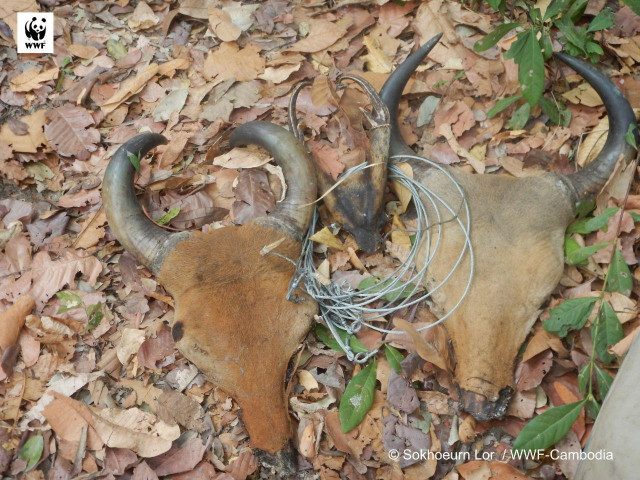 Snares Continue to be Used by Poachers to Catch Wildlife in...