Minister of Land Management Chea Sophara on Dec. 5 inspected the flooded forests that have been the subject of an investigation after Prime Minister Hun Sen learned of land grabs across the Tonle Sap region. Photo from Ministry of Land Management Facebook

PHNOM PENH--Minister of Land Management Chea Sophara on Dec. 5 inspected the flooded forests that have been the subject of an investigation after Prime Minister Hun Sen learned of land grabs across the Tonle Sap region.

The inspection spanned some 4,000 hectares across Pursat Province’s Bakan, Kondeang and Krakor districts, but on Dec. 6, the working group moved up into Battambang Province where some 12,221 hectares of flooded forestland are thought have been grabbed.

Sophara and the inter-ministerial working group decided they would give farmers time to harvest their rice before returning land believed to have been grabbed back to the state.

One farmer in Kampong Thom Province, who requested anonymity, said they had been renting a 10-hectare plot for the past five years at a rate of $250 per hectare each year. The farmer would not name the person she rented the land from, but was glad that the authorities had granted them more time to finish harvesting before the land is taken by the state.

“I am happy and glad that they [the provincial administration] provided more time to harvest our rice first before taking the land back…they are being understanding because the citizens also have bank loans to pay,” the farmer said.

Local officials were ordered to stop issuing land titles and those found responsible for the encroachments will have to replant trees, the working group ordered.

Besides the freeze on local authorities administering land transfers, the national police will be stationed to guard the flooded forest, with perpetrators to be sent to court and the Ministry of Water Resources placed in charge of demarcating the flooded forests’ borders.

Just last week, Hun Sen was informed of land grabs that allegedly involved the former governor of Kampong Chhnang Province Chhour Chandoeun along with other government officials in the Tonle Sap region. Hun Sen said such actions were unbecoming of government officials and has threatened Chandoeun with prison.

The information reached Hun Sen after Sok Touch, president of the Royal Academy of Cambodia, was working on a report detailing the existential threats to the flooded forests, but upon discovering the land grabs, Touch reportedly sent the report to Hun Sen before it was finished.

Touch said that the encroachments among Cambodia’s flooded forests were what triggered his research, but he was also investigating other elements, including evaluating the loss of forest cover and the loss of biodiversity due to the farming on the reserved land. Similarly, he’d been researching the Tonle Sap region’s water issues, in particular he wanted to explore ideas that could deepen the water and prevent fish from dying off in dry season.

“We have been researching within this area for two months now, and we will be doing it again in April [2022]. However, we are yet to know what will be done,” he said, adding that there was tourism potential in the region. 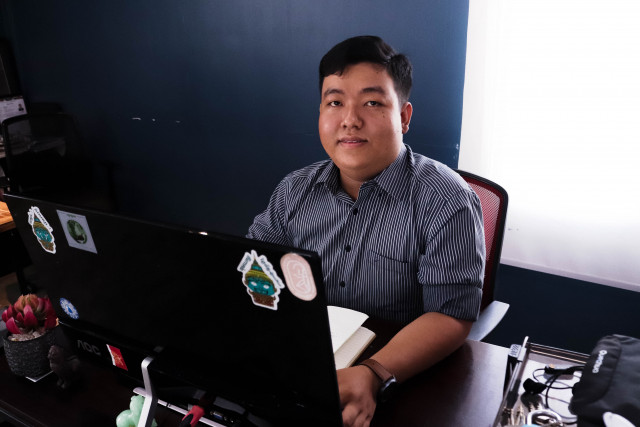