Ministry of Commerce spokesman Seang Thai on July 2 speaks to journalists during a press conference on the relations between Cambodia and the United Kingdom. Photo: the Royal Government Spokesperson.

The UK will extend to the country trade benefits the European Union has suspended, GMAC says

The Garment Manufacturers Association of Cambodia (GMAC) on Nov. 19 sent its members a reminder that, while the country no longer benefits from the Everything But Arms (EBA) preferential trade scheme of the European Union (EU), this trade scheme will still apply to Cambodian exports to the United Kingdom.

Since the United Kingdom (UK) has left the European Union and the transition period following its withdrawal will end on Jan. 1, Cambodia will be able to continue exporting to the UK with benefits similar to those of the European Union’s EBA, GMAC said in its message.

Under the UK Generalized Scheme of Preferences (GSP), the GMC message read, “ Cambodia, being classified by the United Nations, as Least Developed Country, falls into the Least Developed Countries Framework…entitled to duty-free and quota free access on exports…except arms and ammunition.”

GMAC added in its note that the association is now working with the Ministry of Commerce and UK representatives to clarify procedures.

Penn Sovicheat under-secretary of state at the Ministry of Commerce on Nov. 19 said that the United Kingdom’s GSP will offer great opportunities for Cambodia to export products as the United Kingdom has its own frameworks, different from those of the EU. "The GSP system has its own separate lists of goods, so we have to wait and see," he said. He added that the EU’s decision to suspend the country’s EBA benefits only affected 20 percent of Cambodia’s exports.

On July 2, 2020, Ministry of Commerce spokesman Seang Thai had noted that the United Kingdom leaving the European Union would actually benefit both Cambodia and the UK.

Out of more than $6 billion worth of goods that Cambodia had exported to the European Union, more than $1 billion went to Great Britain, he said.

"We hope that [with] the United Kingdom [withdrawing] from the European Union…we can have better bilateral cooperation," Thai said.

According to statistics of the Ministry of Commerce, Cambodia’s exports to the UK dropped by 10 percent during the first seven months of this year. Exports of bicycles, agricultural products, electronics and electronics parts went up while garments, shoes, textiles and wood product exports dropped.

Imports of medicine and fertilizer from the United Kingdom to Cambodia during the first seven months of 2020 went up while fabrics, wine and construction equipment went down.

The EU’s decision to withdraw Cambodia’s trade scheme came as the country’s garment industry was affected by the drop in production and exports due to the COVID-19 pandemic. GMAC, which had estimated in July 2020 that this could cost the country $1.34 billion in trade benefits, had appealed to the EU to delay this. Still, in August 2020, the European Union suspended Cambodia’s EBA trade benefits due to what the EU considered Cambodia’s failure to respect human rights and labor rights.

Ath Thorn president of the Cambodia Labor Union, said on Nov.18 during an interview with Vayo FM that, over the last few months, more than 130 garment and footwear factories have closed, affecting more than 40,000 workers who lost their job due to the pandemic and the EU taking away the country’s EBA trade scheme. Consultancy to Give Farmers an Edge in Exports 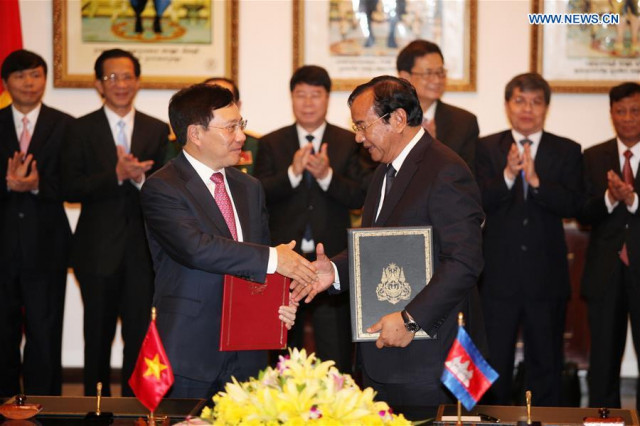 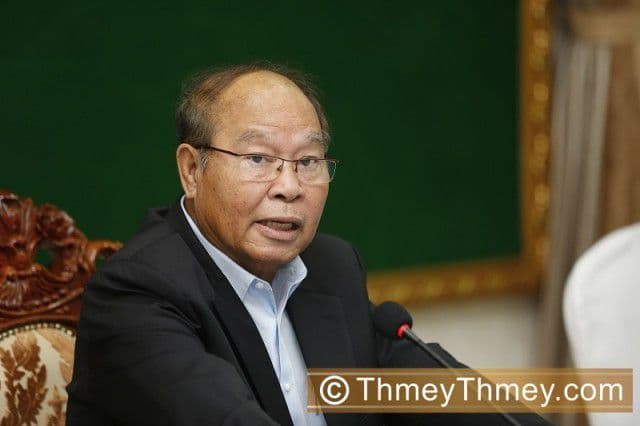