In response to applying tariffs to exports worth $1.09 billion annually, the Ministry of Foreign Affairs and International Cooperation has strenuously denied the EU’s accusations of human and labor rights violations.

PHNOM PENH--In response to the announcement from the European Union (EU) on Feb. 12 the Ministry of Foreign Affairs and International Cooperation has slammed the decision of the European Commission (EC) to withdraw key elements of the Everything But Arms (EBA) trading preferences.

The EU opted to partially revoke privileges afforded by EBA and is set to apply tariffs on exports worth €1 billion ($1.09 billion) - citing human and labor rights abuses as the fundamental reasons for doing so.

However, estimates from those within the industry suggest these tariffs may impact exports up to $1.3 billion, but further analysis of this will continue as the fallout of the Prime Minister Hun Sen’s actions will be calculated by the Kingdom’s garments and textiles manufacturing sector. With 700,000 Cambodians directly employed by the sector and many more dependents affected, the impact of this decision and the targeted areas of tariffs are likely to destabilize a thriving element of the Cambodian economy.

The statement issued by the ministry claims the EC’s decision was “unjust” and “triggered by misperceptions and misunderstandings about the actual realities in Cambodia” in apparent reference to the EU’s concerns regarding the ongoing trial of Kem Sokha, former leader of the opposition party, who stands accused of treason. Derided by Human Rights Watch as “bogus” and by three United Nations special rapporteurs as “tainted,” Sokha’s trial was one of many accusations levelled at the Hun Sen administration by the EU. The trading bloc noted “serious and systematic violation of principles” on the Cambodian side, upon which the EBA agreement hinged upon.

Claiming that the decision to revoke duty-free and quota-free access to the European market on 37 varieties of products as “politically driven and… devoid of objectivity and impartiality,” the ministry’s statement goes on to suggest that by withdrawing preferential trading terms, the EC “failed to recognize and respect the fundamentals of Cambodia’s sovereignty,” which Hun Sen has repeatedly said would not be exchanged for trade deals.

Meanwhile, EU Trade Commissioner, Phil Hogan noted that human rights are non-negotiable and that serious concerns remain over the Hun Sen administration’s abuses in these matters.

Key grievances that the EU raised in relation to the partial suspension of EBA benefits included civil and political rights, where the EC found “there has been no significant progress since the launch of the EBA withdrawal procedure in February 2019.”

The EC did recognize tangible progress, “notably in the areas of labor rights and land rights. Serious concerns remain however, including in particular the unresolved civil and criminal cases against trade unionists.”

In response, the ministry’s statement points to an opening of political space, “save for actions that are tantamount to infringing the sovereignty of the nation.”

It goes on to note that 20 political parties took part in the last election in 2018, although omits the fact that the Cambodian People’s Party won all 125 National Assembly Seats in said election. Still, the statement contends that the existence of such parties, along with that of 5,441 registered Non-governmental Organizations and association, 800 printed media organizations, 70 online publications, 22 TV stations and 330 radio stations should meet the demands of the EU.

However, the EC notes that “the Ministry of Interior has extensive decision-making powers over political parties and de facto acts as their administrator. For instance, it can decide to suspend the activities of political parties and can file motions for their dissolution with the Supreme Court,” as it did in 2017 in the case of the Cambodia National Rescue Party.

Regardless of the turmoil created by this decision and the strain it will invariably place upon EU-Cambodian relations, both parties agree that further cooperation is necessary.

The ministry’s statement reads, “Cambodia remains firmly committed to further enhancing its relations with the European Union based on the spirit of mutual respect and interest all the while reaffirming its full aspiration to remain within the region a multiparty liberal democracy.”

Similarly, the EU’s statement offers hope for the future, “The Commission and the European External Action Service will continue their engagement with the Cambodian authorities and monitor the human rights and labor rights situation in the country closely. In case Cambodia shows significant progress, notably on civil and political rights, the Commission may review its decision and reinstate tariff preferences under the EBA arrangement.” WHO eyes end to Covid emergency in 2023 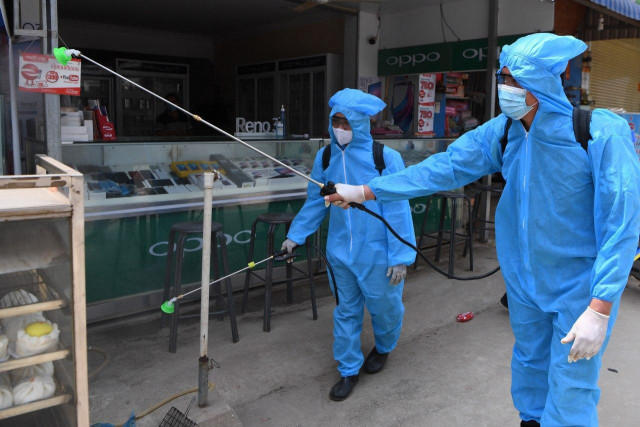 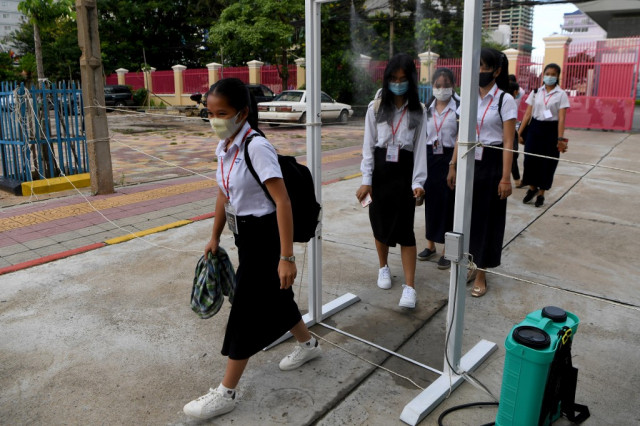