Government under Fire as Deforestation Continues Unabated in Prey Lang

Increased scrutiny on the ongoing illegal logging operations in Prey Lang Wildlife Sanctuary has put the government on the defensive in response to mounting evidence of corruption.

PHNOM PENH--Infamous for rampant illegal logging, Prey Lang Wildlife Sanctuary has once again caught international attention, with both the government and international donors coming under fire for failing to preserve the protected area.

Spanning across four provinces, Prey Lang has become a battleground for environmentalists who see the government’s decision to continue allowing private companies to operate within the protected forest as a theft of Cambodia’s natural resources.

Notable environmentalist Ouch Leng was arrested along with four others in February 2021 after he gained access to the protected area of Prey Lang in an attempt to raise awareness about the damage that deforestation is doing to the environment. The activists were jailed for three days and released without charge, but remain under court supervision.

Likewise, the Prey Lang Community Network (PLCN)—a group of volunteer activists who are mostly indigenous to Prey Lang—were banned last year from patrolling the protected areas and reporting on illegal logging operations that have sadly become what Prey Lang is now famed for.

More recently however, Amnesty International led the charge against the government, writing a damning report based on the ongoing destruction of what is supposed to be a protected area.

“The Cambodian authorities must allow these environmental defenders to resume their patrols and carry out their vital work preventing further destruction of one of the world’s most important rainforests, which is disappearing before our eyes,” he added.

Amnesty’s report drew on research from the University of Maryland which found that deforestation has been increasing over the course of 2019 and 2020 at an alarming rate, a concern shared by international academics familiar with the matter.

On March 5, some 110 activists, academics and conservationists wrote an open letter to Environment Minister Say Samal and Veena Reddy, mission director of USAID Cambodia, questioning the efficacy of USAID’s Greening Prey Lang project and the sincerity of the Ministry of Environment.


The letter queried whether the Ministry of Environment would acknowledge the deforestation being caused by Think Biotech, Angkor Plywood and Thy Nga—three interlinked companies with economic land concessions in the heart of Prey Lang. The letter also asked whether public participation in the preservation of Prey Lang could be guaranteed and whether blatant corruption would be properly addressed.

However, in response, the Environment Ministry said that all critical reporting on the situation in Prey Lang was a campaign organized with malicious intent, with ministry spokesperson Neth Pheaktra claiming that the government genuinely cares about conservation.

“They [critics] try to highlight only the negative points and try to do business on the negative points, forgetting to examine and evaluate the overall state of protection and conservation of natural resources that we have been doing and are improving,” he said.

He said that the PLCN is a mechanism of operation in the form of associations and non-governmental organizations, but it has not been legally recognized, especially the Law on Associations and Non-Governmental Organizations—a law widely denounced by rights activists as intrusive and restrictive.

The Office of the Council of Ministers in August 2020 announced that the group is also required to be registered in accordance with legal procedures in order to have sufficient legal capacity to cooperate and carry out its work activities with the competent ministries, he added.

Pheaktra said that over the past 10 years, the state of protection and the conservation of natural resources in Cambodia has improved, claiming that all large-scale logging operations have ceased and only small-scale crimes persist—a claim activists vehemently disagree with.

Some 8,917 natural resource crimes—including illegal logging, forest encroachment and poaching—were reported in Cambodia over the course of 2020, Pheaktra added.

“The Ministry of Environment has no interest against those who love and participate in the protection of natural resources but requires all to respect the law in force and act in accordance with the law and in good faith in partnership to work together to conserve natural resources in Cambodia for next generations,” he said.

Concerns Growing in the US

But while the government continues to downplay the scope and scale of the destruction in Prey Lang, the US Embassy issued a statement on March 8 expressing deep concern about the deteriorating condition of one of Southeast Asia’s largest protected forests.

“The United States is deeply concerned about continued deforestation in Cambodia’s protected areas,” the statement read. “We support cooperation among communities, civil society, and the Cambodian government to ensure that the rich biodiversity of Prey Lang Wildlife Sanctuary and the natural heritage of the Kingdom is preserved.”

The US Embassy statement suggested that weak law enforcement and opaque governance systems are to blame for the ongoing deforestation in Prey Lang, but added that embassy staff and USAID were working with the Ministry of Environment and urged Cambodian authorities to take forest crimes seriously.

“Respecting freedoms of speech and peaceful protest are hallmarks of successful democracies,” the statement concluded. “[W]e believe these rights should protect Cambodians who are trying to preserve the Kingdom’s fragile natural resources.” 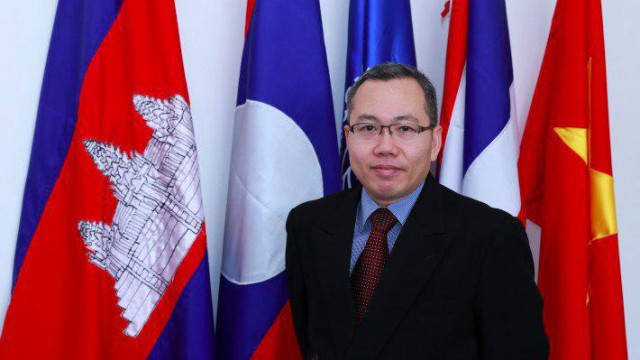 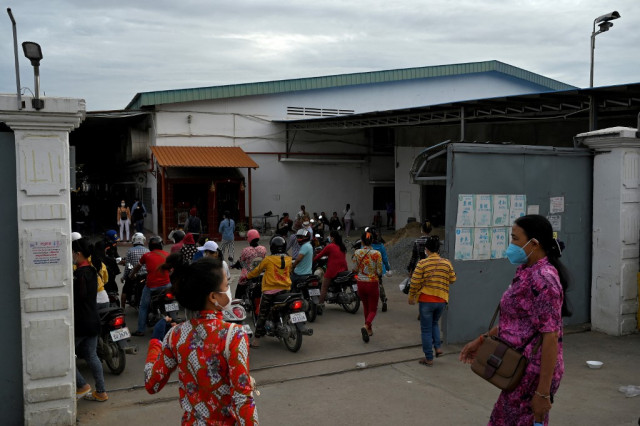 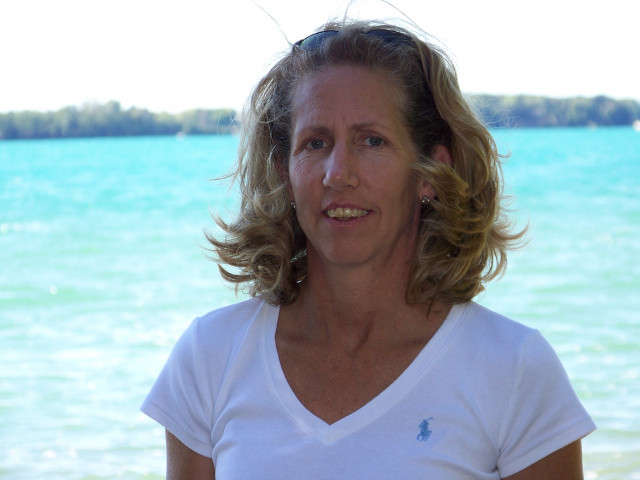