Guns, abortion, mushrooms on the ballot in US elections

A driver drops ballots into a ballot drop box for early voting outside of the Maricopa County Tabulation and Election Center ahead of the Arizona midterm elections in Phoenix, Arizona on November 3, 2022. Photo by Patrick T. FALLON / AFP

Washington, United States -- Americans vote in midterm elections on Tuesday for members of the House of Representatives and Senate and a host of state and local positions.

But the ballot will feature other questions in some states ranging from abortion to guns to sports betting, and even the legalization of psychedelic mushrooms.

Here is a look at some of the main measures facing US voters:

Abortion is a recurring ballot question but it takes on added significance this November after the conservative-majority Supreme Court in June overturned the 1973 ruling enshrining abortion as a constitutional right.

The nation's highest court left it up to individual US states to decide and many of the more conservative states have since banned or severely restricted the procedure.

Abortion-related measures are on the ballot in six states this year, a record according to Ballotpedia, a website devoted to the US political landscape.

One referendum was held already, in Kansas in August, where voters in the conservative midwestern state, somewhat unexpectedly, resoundingly backed access to abortion.

In California, Michigan and Vermont, proposed ballot measures would enshrine a right to abortion in the state constitution.

In Kentucky, voters are being asked the reverse -- to expressly state that the state constitution does not guarantee the right to abortion.

In Montana, a ballot measure would declare that "infants born alive, including infants born alive after an abortion, are legal persons" and require health care providers to deliver appropriate medical care and treatment.

A more unusual question is on the ballot in five states -- to ban slavery or involuntary servitude.

More than 150 years after slavery was abolished, the states will address an exception to the 13th Amendment which allows for forced labor by prisoners.

Alabama, Louisiana, Oregon, Tennessee and Vermont will vote to prohibit enslavement or involuntary servitude as punishment for crimes or payment of debts or fines.

Three states have done so since 2018 but around 20 others still authorize it and prison reform activists are hoping to eventually enforce a blanket ban.

Nineteen of the 50 states and Washington, the US capital, have legalized recreational use of marijuana for adults and the decriminalization movement has been gaining strength.

In November, another five states will address the question including four conservative states, illustrating how the marijuana debate has blurred partisan lines.

Arkansas, Maryland, Missouri, and North and South Dakota will decide whether to legalize recreational use of marijuana and authorize limited possession of pot.

In Colorado, a ballot initiative would decriminalize the possession and use of so-called "magic mushrooms" and other psychedelic natural substances.

Voting access and procedures are burning questions in the United States and will be on the ballot in several states.

One of the most controversial measures is in Arizona, where Republican lawmakers, as an anti-fraud measure, are seeking to require that voters present a photo ID and require an affidavit to accompany ballots submitted by mail.

Michigan and Connecticut will address early voting while Nevada may modify its primary system and move towards ranked-choice voting.

In Tennessee, voters will consider repealing an amendment that prohibited religious clergy from serving in the state assembly, a ban that was not enforced in any case.

Voters in Arkansas and Arizona will hold a referendum on... limiting referendums.

In California, two propositions are on the ballot to legalize sports betting.

One would allow in-person sports betting at Native American-owned casinos and horse racing tracks while the other would permit online betting.

The financial stakes are enormous and competing interests have spent more than $500 million on their campaigns, more than on any other ballot measure nationwide.

Iowa and Oregon will address the controversial question of guns but in dramatically opposing fashion.

Iowa voters will be asked to enshrine the "fundamental individual right" to "keep and bear arms" in the state constitution.

A measure on the ballot in Oregon, meanwhile, would require gun buyers to obtain a permit and ban sales of magazines that hold more than 10 rounds.

Climate change and the environment have taken a backseat to other questions this election cycle.

There are a few exceptions, notably in California where a proposal is on the ballot to increase taxes on the state's wealthiest residents to help finance the shift to electric vehicles. 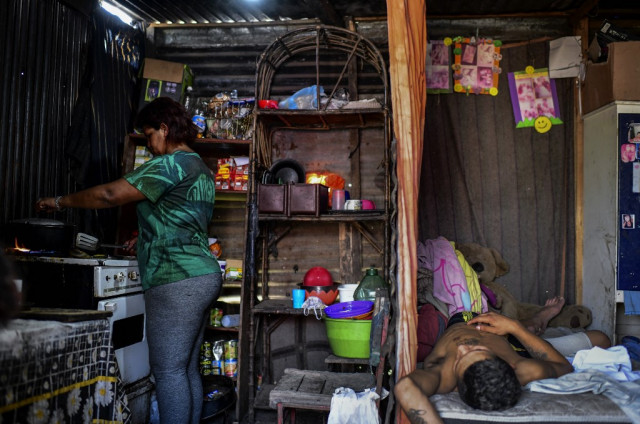