Iranian President Hassan Rouhani gives a joint press conference with the Japanese Prime Minister at the Saadabad Palace in the capital Tehran on June 12, 2019 (AFP)

Tehran, Iran | President Hassan Rouhani said Iran "never seeks war" with the US, state media reported Wednesday amid a spike in tensions between the two countries.

"Iran has no interest to increase tension in the region and it never seeks war with any country, including (the) US," the president said, quoted by state news agency IRNA.

Rouhani was speaking by phone to his French counterpart Emmanuel Macron, as Tehran and Washington engaged in an escalating war of words following Iran shooting down a US drone last week.

"We have always been committed to regional peace and stability and will make efforts in this respect," the Iranian president told Macron.

US President Donald Trump said he pulled back from retaliatory strikes on Iran at the last minute, rejecting Tehran's claim that the aircraft was in its airspace.

But pressure mounted this week with Trump announcing sanctions on Iran's supreme leader and top officials.

The new measures are the latest against Tehran since Trump pulled out of a landmark nuclear accord between Iran and world powers.

Rouhani blamed the United States for regional tensions Wednesday and said if Washington had stuck to the deal "we would have witnessed positive developments in the region".

Iran announced in May it would suspend two of its pledges under the 2015 deal, giving the agreement's remaining supporters two months to help it circumvent US sanctions. 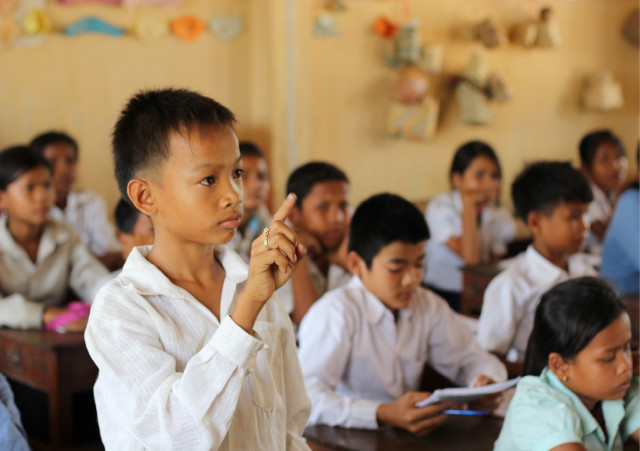 Krousar Thmey: Passing a Major Program on to the Cambodian G...