Kuala Lumpur, Malaysia | The biggest party in Malaysia's ruling coalition said Thursday it was withdrawing support for the embattled prime minister and urged him to step down to make way for a new leader.

It was a major blow for Prime Minister Muhyiddin Yassin, who took power last year following the collapse of a reformist administration, although it was not immediately clear whether he would resign.

His administration has been racked by instability for months -- it only has a razor-thin majority in parliament, and is beset by infighting between different factions.

Pressure has mounted since a state of emergency was declared in January to fight the coronavirus under which parliament was suspended, with critics charging Muhyiddin was using the crisis to cling to power.

After a meeting of its top decision-making body that stretched into the early hours of Thursday, the United Malays National Organisation (UMNO), the biggest party backing the premier, withdrew its support for him.

"UMNO respectfully urges Muhyiddin Yassin to step down to allow a new prime minister to be appointed for a limited period," party president Ahmad Zahid Hamidi said in a statement.

The new leader would steer the country through a worsening virus outbreak, before fresh elections can be held, he said.

"This is important to allow a new government that is truly stable and holds the mandate of the people to be formed," he said.

The UMNO leader listed a string of what he said were missteps by the government, that included mishandling the pandemic and failing to provide for those affected by on-off lockdowns.

There was no immediate reaction from Muhyiddin, who leads a different party called Bersatu.

But UMNO itself is deeply divided, with some such as Zahid pushing for Muhyiddin to quit while others still support his government.

Just hours before Zahid's announcement, Muhyiddin promoted two leading UMNO figures to more senior positions in his cabinet in an attempt to ease tensions in his alliance.

The leader agreed earlier this week to reconvene parliament on July 26, before the state of emergency ends in August, amid growing public anger and following pressure from the king. 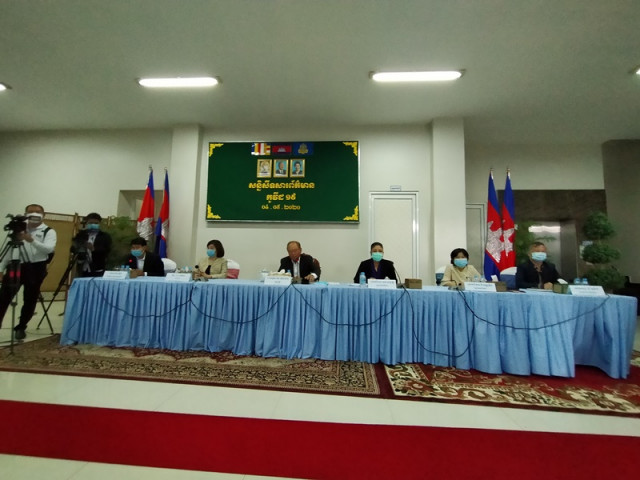