KNUP and KP Merge Ahead of the General Elections

PHNOM PENH – Unity is strength. In a strategic move, the Khmer United National Party (KNUP) and the Kampuchea Niyum Party (KP) have announced an agreement to create a new political pole in which KP will compete under the KNUP’s umbrella at the upcoming general elections, which will be held on July 23, 2023.

In a joint statement published on Oct. 10, the two parties said they aimed to focus on democracy, the protection of rights and freedoms, the respect for human rights, the rule of law, and to build a fairer society for the Cambodian people.

The KNUP is led by Nhek Bun Chhay, a former leader of the royalist party FUNCINPEC, and was founded in 2016. KP was founded by Yem Ponharith, a former lawmaker of the court-dissolved Cambodia National Rescue Party (CNRP), in 2021.

In the press release, the two parties said they have committed to adhering to the principles of internal democracy and to respect each other's values to participate in a non-violent political competition through free and fair elections.

“The unity of [those who fight] for the national cause, the nationalists and the liberal democrats, is essential in the process of building a free democracy for the nation and the people of Cambodia,” the press release said.

“We hold an honest and constructive democratic dialogue to build a party with strong internal democracy for the Cambodian people, patriots and liberal democrats, towards building a truly liberal democracy, the rule of law, and truly dignified and progressive society in Cambodia,” it added.

Bun Chhay of KNUP said he and KP have unanimously agreed on seven points to strengthen the unity agreement and prevent risks of breakup.

They agreed to unite as one party; to choose the KNUP to compete in the 2023 national elections; to alter names, logos, internal rules and the leading system of the KNUP in the future; to reform the leading helm of the party in order to strengthen the internal party system; to welcome those who would be interested in joining this new party; to form a multi-component commission to cooperate between parties; and finally to amend the relevant legal standards to ensure the implementation of the alliance agreement.

“I hope to gain more votes as we unite because we have created a new policy for the Cambodian people to consider​,” Bun Chhay said during the agreement announcement at Sunway Hotel on Oct.10.

“I choose liberal democracy because it will make Cambodia a country with stability,” he added.

Still need to prove itself

Despite the parties’ goodwill, the alliance will have to prove itself. So far, no common program or policy has been announced, and the individual results of each party in June’s local elections are disastrous.

Out of the total 11,622 seats – in 1,652 communes – the KNUP won a total of 13 seats while the KP only managed to get one seat, far behind the scores of Hun Sen’s Cambodian People’s Party (9,376 seats) or the Candlelight Party (2,198 seats). Such low representation cast doubt on the political momentum the alliance could gain.

“The unity of the two parties is a good sign for the democrats. It shows that they want the political situation in Cambodia to change positively,” said Sek Socheat, a social observer and executive director of the Mindset Development Organization.

“But given the two parties’ results at the latest commune elections, their odds to win any seat at the National Assembly are very limited.”

“What will result from this alliance is still unclear and there’s still a risk to see a breakup in the future. It can be avoided, but only if the parties’ leaders are highly committed and willing to unite for the common good of society and the people,” he said.

On Oct. 9, the KNUP also announced its withdrawal from the "Alliance of Khmer Democrats”, an alliance established in 2020 and presided over by Mam Sonando, leader of the Beehive Social Democratic Party. KNUP’s Bun Chhay was its vice president.

The goal of the alliance was to work together to bring more votes to other party members. If one party was to compete in a commune, members of the other two parties would withdraw from the competition and cast their vote for the first candidate.

“But the protocol of the alliance cannot be implemented smoothly for the upcoming general elections, in accordance with the goal of serving the nation and the people towards a prosperous and harmonious life with high efficiency,” he said, to justify his withdrawal from the alliance. No further explanation was added. 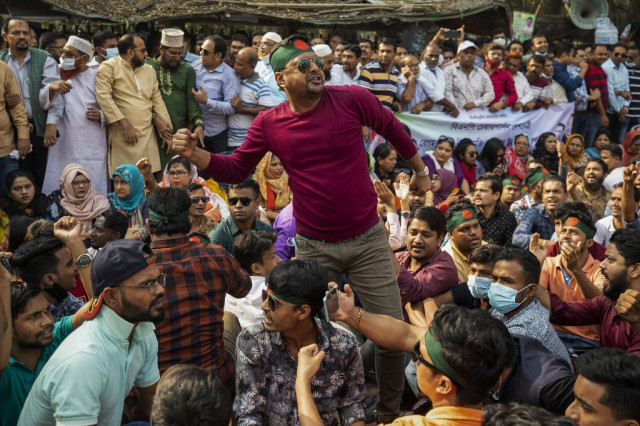 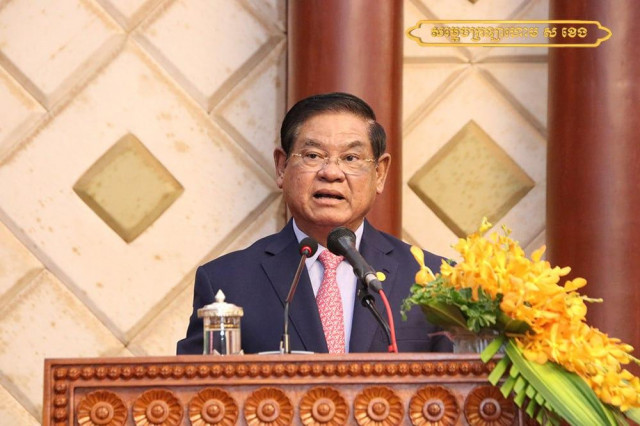