This picture taken on July 6, 2020 shows the logo of Malaysian news site Malaysiakini at their head office in Kuala Lumpur, as the site faces contempt of court proceedings. (Photo: AFP)

Putrajaya, Malaysia |A leading Malaysian news site was fined $120,000 Friday over readers' comments that criticised the judiciary, sparking concerns about worsening press freedom and a flood of international condemnation.

Fears have grown that independent media outlets are under attack in the Southeast Asian nation since a scandal-plagued coalition seized power without an election last year following the collapse of a reformist government.

Malaysiakini, a popular portal that has made a name for itself by reporting on the misdeeds of the ruling elite, and its editor-in-chief Steven Gan, were accused of contempt of court in a case brought by the attorney general.

The case related to five readers' comments posted under an article that were critical of the judiciary, which authorities say had eroded public confidence in the courts.

A panel of judges at the country's top court ruled that Malaysiakini was guilty of contempt and ordered the site to pay a 500,000 ringgit ($120,000) fine by Wednesday. Prosecutors had sought a fine of 200,000 ringgit.

Gan -- who could have faced a jail term if convicted -- was cleared, but he criticised the decision as "uncalled for".

"The hefty fine against us is really an attempt not to just shut us up -- but to shut us down," he told reporters at the Federal Court in the administrative capital Putrajaya.

Following the ruling, the portal changed to black and white as a mark of protest and launched a fundraising drive to cover the fine.

The site appeared on track to easily get enough -- by Friday afternoon, it had raised over 450,000 ringgit.

It has faced continual attacks since it was founded in 1999, ranging from police raids to criminal prosecutions, and has so far managed to survive every challenge.

Human Rights Watch's deputy Asia director, Phil Robertson, said the ruling was "a blatant violation of freedom of expression and media freedom, and should be quashed".

The US embassy in Kuala Lumpur said it was worried about the decision and "the impact it will have on press freedom in Malaysia" while British and Canadian envoys also expressed concern.

Judge Rohana Yusuf, delivering the verdict, said freedom of expression must remain "within the bounds permissible by law".

She said the comments on the site were "reprehensible" and involved "allegations of corruption which were unproven and untrue".

It was a split decision, with one of the seven judges dissenting.

During the case, prosecutors argued Malaysiakini had facilitated publication of the remarks, but lawyers for the site said they had not intended to publish them and that they were removed quickly once police notified the portal.

Malaysiakini is one of the country's leading current affairs websites and has long reported on corruption scandals linked to officials, an area usually off limits for the traditionally pro-government mainstream media.

It reported widely on the scandal surrounding sovereign wealth fund 1MDB when Najib Razak was still prime minister, unlike most mainstream outlets.

Najib's government lost power in 2018 largely due to his involvement in the fraud, and he has since been convicted and handed a 12-year jail term.

Since the change of government, broadcaster Al Jazeera has also faced a police probe over a documentary on migrants that angered the government, while investigations have been launched into activists and opposition figures. 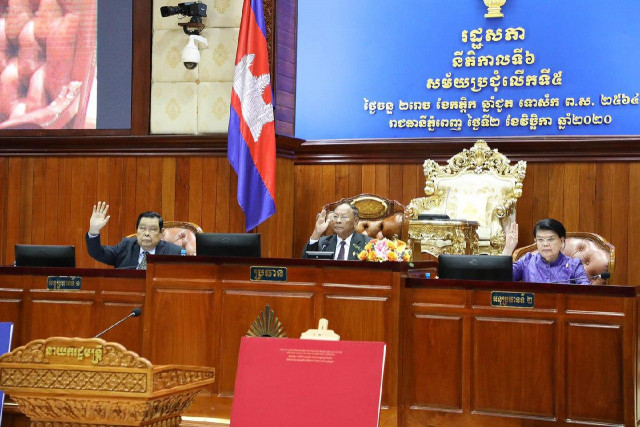