The Critically Endangered European Eel, Pictured Here On A River Bottom In France, Makes What May Be The Longest Migration Of Any Fish, From The Sargasso Sea To European Rivers And Back, A Journey As Long As 10,000 Miles. It Faces Threats From Hydropower Pumping Stations, Pollution, And Fishing. Photo: Bruno Guenard, Minden Pictures.

“Migratory fish are extremely important to both economies and ecosystems, yet they’re often overlooked,” says Herman Wanningen, an aquatic ecologist and creative director of the World Fish Migration Foundation in Groningen, Holland.

The report points to habitat degradation, alteration, and loss as the largest threat to all migratory fish. Increasingly, dams and other river barriers block fish from reaching their mating or feeding grounds, thereby disrupting their life cycles. A study last year showed that only a third of the world’s large rivers remain free-flowing.

This may explain why Europe, which has few undammed major rivers, has seen such a large drop. One group of highly migratory fish found in Europe, sturgeon, declined by more than 90 percent since 1970—the biggest decline among the almost 250 species monitored for the report. Of the six sturgeon species historically swimming in the Danube River, at least one is believed to have gone extinct and most of the others are listed as critically endangered. (Read about another migratory fish, a close relative of the sturgeon called the Chinese paddlefish, that was declared extinct in early 2020.)

Researchers also warn that climate change will inflict a heavy toll. In Australia, the wildfires of 2019-2020 led to ash washing into rivers, killing large numbers of fish. And last year, up to three million fish may have died when a severe drought caused the Darling River to dry up.

“You look at these river systems that are already so overdeveloped, and then you put climate change on top of that and you’ve got a big problem,” says Lee Baumgartner, a freshwater fish ecologist at Charles Sturt University in Albury, Australia, who contributed to the report.

In contrast to Europe, the study showed a less severe decline in North American migratory fish populations. The drop since 1970 was 26 percent—but researchers say that may be because many stocks of North American fish had already crashed before that time.

In large parts of the rest of the world—including Africa, South America, and Asia—a lack of information makes it difficult to accurately gauge the status of migratory fish. “Compared to migrating birds, for example, we know very little about migrating fish,” Wanningen says. “It’s hard to know what’s happening beneath the water’s surface.” (To be continued) 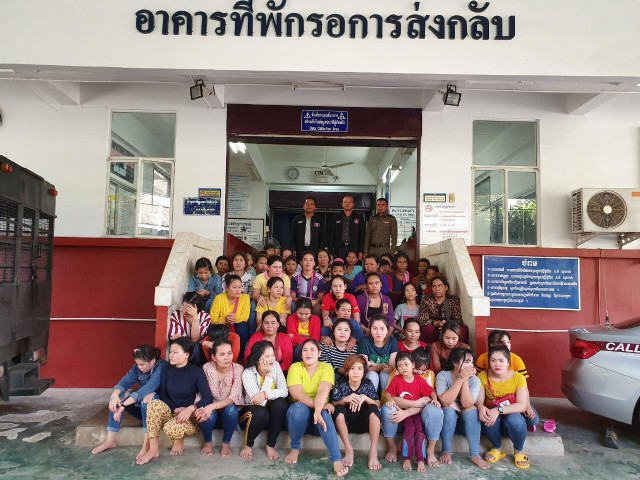