(FILES) This illustration file photo taken in Los Angeles on October 28, 2021, shows a person using Facebook on a smartphone in front of a computer screen showing the META logo.

Meta took down 1,500 Facebook and Instagram pages linked to groups with services allegedly ranging from scooping up public information online to using fake personas to build trust with targets or digital snooping via hack attacks.

The social media giant also started warning about 50,000 people it believes may have been targeted in more than 100 nations by firms that include several from Israel, which is a leading player in the cybersurveillance business.

"The surveillance-for-hire industry... looks like indiscriminate targeting on behalf of the highest bidder," Nathaniel Gleicher, head of security policy at Meta, told a press briefing.

The Facebook parent said it deleted accounts tied to Cobwebs Technologies, Cognyte, Black Cube and Bluehawk CI -- all of which were based or founded in Israel.

"These cyber mercenaries often claim that their services only target criminals and terrorists," said a Meta statement.

"Targeting is in fact indiscriminate and includes journalists, dissidents, critics of authoritarian regimes, families of opposition members and human rights activists," it added. "We have banned them from our services."

Black Cube, in a statement to AFP, denied wrongdoing or even operating in the "cyber world."

"Black Cube works with the world's leading law firms in proving bribery, uncovering corruption, and recovering hundreds of millions in stolen assets," it said, adding the firm ensures it complies with local laws.

Cyber mercenaries then set up fake accounts on social media sites to glean information from people's profiles and even join groups or conversations to learn more, Meta investigators said.

Another tactic is to win a target's trust on a social network and then trick the person into clicking on a booby-trapped link or file that installs software that can then steal information from whatever device they use to go online.

With that kind of access, the mercenary can steal data from a target's phone or computer, as well as silently activate microphones, cameras and tracking, according to the Meta team.

Some fake accounts linked to Bluehawk posed as journalists from media outlets such as Fox News in the United States and La Stampa in Italy, according to Meta.

While Meta was not able to pinpoint who was running the unnamed Chinese operation, it traced "command and control" of the surveillance tool involved to servers that appeared to be used by law enforcement officials in China. 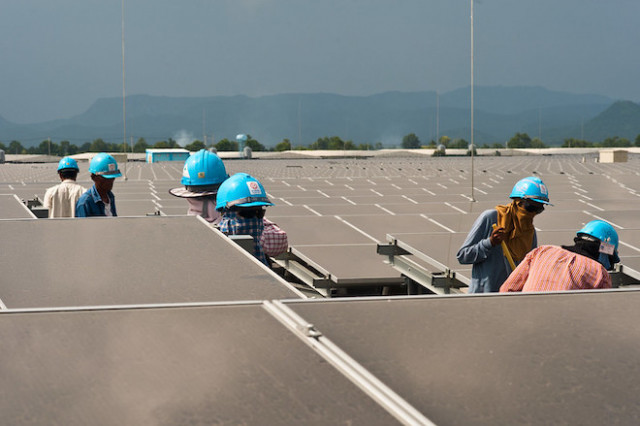