Protesters run from security forces during a demonstration against the military coup in Yangon on June 3, 2021.

Geneva, Switzerland | The UN rights chief said Friday that violence was escalating across Myanmar, warning that the country had plunged into a "human rights catastrophe" since the February 1 coup.

Pointing to reported military build-up in several regions of the country, UN High Commissioner for Human Rights Michelle Bachelet called for a halt to the already spiralling violence to avert even greater loss of life and a deepening humanitarian emergency.

"In just over four months, Myanmar has gone from being a fragile democracy to a human rights catastrophe," she said in a statement, adding that the military leadership was "singularly responsible" for the crisis.

The country has been in turmoil since the generals ousted civilian leader Aung San Suu Kyi on February 1.

The UN rights office pointed Friday to credible reports showing that at least 860 civilians had been killed in a brutal crackdown by security forces on near-daily protests against the coup.

Fighting has flared in several communities -- especially in townships that have seen a high death toll at the hands of police -- and some locals have formed "defence forces".

Bachelet pointed to intensifying violence in many parts of Myanmar, including Kayah State, Chin State and Kachin State, "with the violence particularly intense in areas with significant ethnic and religious minority groups".

"State security forces have continued to use heavy weaponry, including air strikes, against armed groups and against civilians and civilian objects, including Christian churches," she said.

"There appear to be no efforts towards de-escalation but rather a build-up of troops in key areas," she lamented.

"More than 108,000 people have fled their homes in Kayah State over the last three weeks alone," she said, pointing out that many had fled into the forest areas "with little or no food, water, sanitation or medical care".

"These are people in urgent need of humanitarian assistance."

Bachelet stressed that the military behind the coup, also known as Tatmadaw, "have a duty to protect civilians".

The international community, she added, needed to urgently "unify in its demand that the Tatmadaw cease the outrageous use of heavy artillery against civilians and civilian objects and respect the principle of distinction."

She also called for the people's defence forces and other armed groups to "take all feasible measures to protect civilians".

Bachelet slammed the sweeping arrests in the country of activists, journalists and opponents of the regime, citing credible sources saying at least 4,804 people remain in arbitrary detention.

She voiced alarm at reports of detainees being tortured, and of collective punishment meted out to family members of activists.

"Rather than seeking dialogue, the military is branding its opponents as 'terrorists' and pursuing politically-motivated charges against the democratic leadership," she said.

"The military leadership is singularly responsible for this crisis, and must be held to account." 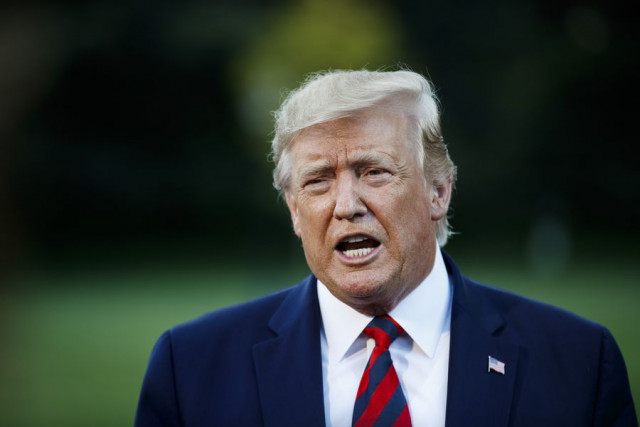