A North Korean flag flies over the propaganda village of Gijungdong in North Korea, in this picture taken near the truce village of Panmunjom inside the demilitarized zone (DMZ) separating the two Koreas, on July 19, 2022. (Photo by KIM HONG-JI / POOL / AFP)

Pelosi, second in line to the presidency, landed in Taiwan late Tuesday, becoming the highest-profile elected US official to visit Taiwan in 25 years.

Beijing has made clear that it regards her presence as a major provocation and has issued increasingly stark warnings and threats.

"The impudent interference of the US in the internal affairs of other countries and its intentional political and military provocations are, indeed, the root cause of harassed peace and security in the region," the spokesperson said in a statement carried by the official Korean Central News Agency.

"Taiwan is an inseparable part of China and the issue of Taiwan pertains to the internal affairs of China."

The statement backed Beijing's strong protest over the visit, calling it "the due right of a sovereign state to take countermeasures."

"We vehemently denounce any external force's interference in the issue of Taiwan, and fully support the Chinese government's just stand to resolutely defend the sovereignty of the country and territorial integrity," it added.

China is North Korea's longtime ally and economic benefactor, their relationship forged in the bloodshed of the Korean War, when Mao Zedong sent millions of "volunteers" to fight US-led United Nations forces to a standstill.

Ties have fluctuated over the years due to Pyongyang's growing nuclear ambitions, but the two have been working to repair their relationship. 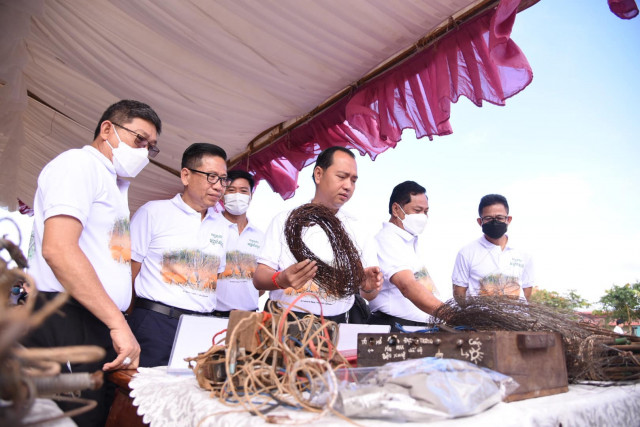