Opinion: Could the US Solve Myanmar’s Crisis?

Protesters make the three-finger salute during a demonstration against the military coup in downtown Yangon on April 23, 2021. (Photo: AFP)

No country will take military against the military regime

The coup in Myanmar on February 1 sent shockwaves through the Association of Southeast Nations (ASEAN) as well as the whole world.  State Counsellor of Myanmar and Nobel Peace Prize laureate Aung San Su Kyi was placed under house arrest.

The return of a military government has triggered mass protests among the people of Myanmar and drawn condemnations from other countries.

Buddhism is the main religion among the population of about 54 million, who mostly speak Burmese.  Despite many decades of isolation, Myanmar is renowned for its ancient temples and the Great Dagon Pagoda (also known as the Golden Stupa).

Reminiscent of the military coup and junta rule which lasted from 1962 to 2011 in Myanmar, the recent coup has raised significant concerns for many countries such as Indonesia and the United States.

Indonesia has also organized a special ASEAN summit on the Myanmar crisis due to be held in Jakarta on April 24, given that this year Brunei is chairing ASEAN.  Coup leader Senior General Min Aung Hlaing will also, for the first time, participate as an official representative of Myanmar.

US President Joe Biden has already put financial pressure on leaders of the military junta by freezing their assets in the US and banning trade and commerce between businesses affiliated with the junta leaders and US companies.  Several countries in Europe have strongly condemned the coup, expressing concern over military violations of people’s human rights.

More than 700 innocent people have been killed by security forces according to the Assistance Association for Political Prisoners (AAPP). Their compatriots have continued to call for help and intervention from the United Nations, the US as well as regional groupings such as ASEAN. Myanmar nationals living in the US have also demonstrated in support of their people at home as well as to show their solidarity in demanding freedom and justice.

Some people believe that Biden will take strong action in response to the Myanmar junta which has committed severe crimes against their own citizens. Some hoped that when Japanese Prime Minister Yoshihide Suga visited the White House, both leaders would discuss the crisis in Myanmar.

But unfortunately, during the joint press conference, the two leaders repeatedly spoke of how to protect themselves from China, North Korea, and how to persuade their alliances to work together.   It is quite upsetting for the people of Myanmar that the leaders of these major powers didn’t even say a word about Myanmar’s crisis. However, in their joint statement, there is a sentence that both countries condemn the Myanmar military and police action against civilians.

It can be understood that Japan and the US have just been seeking to further understand each other under the new US administration. Following his US trip, Suga also planned a visit to India and the Philippines, both of which are US allies, but the plan was canceled due to the surge in Covid-19 cases.

For the US, Japan and their allies in Asia, how to contain China’s rise and prevent it from expanding its power in the world, particularly in the Southeast Asian region, has been the top priority, and it is the thing that worries them all the time.

It is understandable that the Myanmar crisis is complicated, and military intervention is far beyond possible. No one is willing to invest money, time and the lives of their military to dispose the regime and restore Myanmar to its pre-coup state.

Therefore, Myanmar’s crisis is its destiny. No country will take military action against the military junta unless more and more people are killed or unless Myanmar faces a tragedy like in Cambodia during the Khmer Rouge genocidal regime from 1975 to 1979.

And currently, the world is grappling with many difficult challenges caused by the COVID-19 pandemic. Every country has been struggling to deal with its own problems at home.

A major power like the US is no different. It faces many internal problems ranging from bringing about economic recovery to social unity to pushing the vaccine drive while trying to deal with global crises as a responsible world power.

As the previous administration under Donald Trump had done a lot of damage to the multilateral system by embracing his America First philosophy, pulling the country out of many international treaties, and turning its back on its allies, Biden has a responsibility to fix it.

He needs to ensure it regains trust and support from its allies when dealing with existential global issues. Therefore, it can be argued that there are many problems that the US has to solve immediately, not the crisis in Myanmar.

Based on the US capacities and power, it is strong enough to work on addressing the Myanmar crisis. But the US could not put military lives and its economy at risk while the benefits of getting involved in this crisis do not seem appealing.

In short, the geopolitical advantages Myanmar can offer the US is not as crucial as those of Singapore and Vietnam or the Philippines. However, no one could reject the power of the US to impose sanctions against important actors in the military regime as well as the companies that may feed the regime’s survival.

With this being said, if Myanmar is lucky enough, the UN Security Council’s five permanent members, the US, China, Russia, France, and the UK, will work on authorizing a mission on behalf of the UN to save Myanmar from danger. It is possible that the miracle could happen and the five countries could be convinced to immediately work together to tackle Myanmar’s crisis.

Dr. Seun Sam is a researcher at the Royal Academy of Cambodia focused on Political Science. All views in this article are his own. 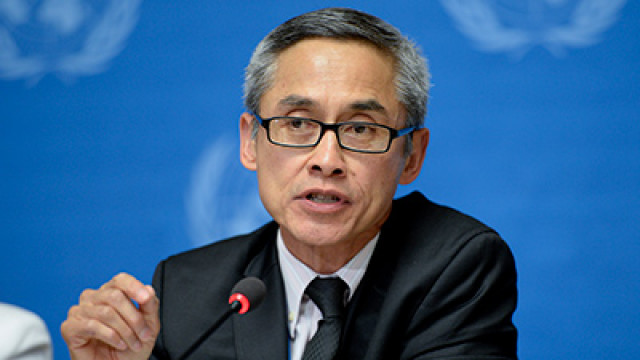 A Thai National Is Recommended as Cambodia’s Next United Nat... 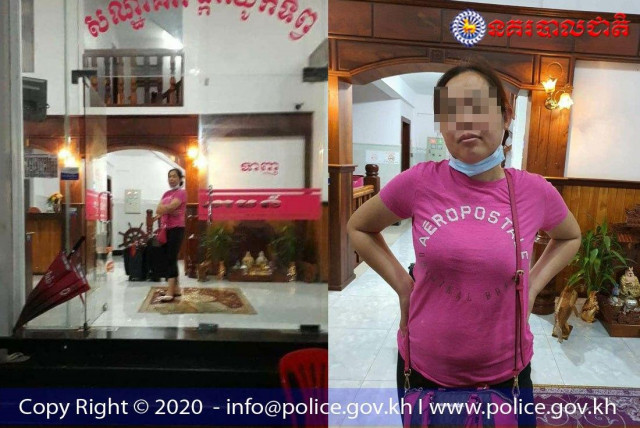 The U.S. Woman who Flew the COVID-19 Quarantine Facility in...