Doctoral candidate in education at the University of Queensland, Australian Awards scholar and research fellow at the Cambodian Institute for Cooperation and Peace, Kimkong Heng states the case for a greater commitment to research, academia and innovation in Cambodia.

Research is a process or series of steps aimed at collecting and analyzing information to arrive at answers to specific questions.

Research enables the creation of new knowledge and facilitates the use of existing knowledge to bring about new findings or discoveries. It also allows for the use of the existing stock of knowledge to create new understandings, concepts and inventions.

Research not only helps us to build upon the current body of knowledge, but also empowers us to advance our understanding of the world and beyond.

The value of research could not be overstated. Many newly industrialized countries like South Korea and emerging economies like China have considered building world-class research universities in attempts to stay relevant and competitive in the global community of research and knowledge production. The trend has become global, as countries like Singapore and Malaysia are also embracing the concept of world-class universities.

For Cambodia, having achieved peace over the last two decades, during which the economy has grown an average of 7 percent annually. The country’s poverty rate which was over 50 percent in the early 2000s has been brought down to around 10 percent as of 2019, according to government estimates.

Cambodia now appears to be making some efforts to become a progressive, inclusive, and knowledge-based society. However, to realize this great vision, it is important that the Kingdom commits to the promotion of research and innovation.

While the Cambodian government, through its Ministry of Education, Youth and Sport (MoEYS) and with support from development partners, has taken steps to promote research through a number of policies and strategies, a lot remains to be done.

The policies designed to promote research development in the country such as the Policy on Research Development in the Education Sector (2010), Sub-Decree on Appointing Professors in the Field of Health (2010) and Master Plan for Research Development in the Education Sector (2011) are helpful, but they generally do not come with clear technical and financial policies. In other words, those research-promoting policies have the potential to nurture the development of research in Cambodia, but they fall short when it comes to implementation, given the lack of qualified human resources and adequate financing.

However, as a doctoral researcher actively investigating the promotion of research and publication within both private and public universities in Cambodia for more than two years, I sense the lack of human resources is a problem, but not an insurmountable one.

The real and fundamental problem perhaps lies in the management and use of human resources.

According to MoEYS data, there were, in 2018, about 1,300 PhD holders working across Cambodian higher education institutions. My fieldwork in 2019 indicated that in one faculty of a Cambodian public university there were almost 30 faculty members with a PhD degree—no small feat. These PhD-holding academics and others with research skills and experience in academic publication, if managed and motivated properly, are invaluable resources that can drive change to the development of university research in Cambodian universities, especially public ones and in Cambodia in general.

With regard to the ranking of universities in Southeast Asia, Vietnam has three universities listed in Times Higher Education’s 2020 World University Rankings. Malaysia has 13. Thailand has 16. But Cambodia has none.

Indeed, over the last 10 years, Malaysia has published 289,231 publications indexed in Scopus, the world’s largest abstract and citation database of peer-reviewed literature. Thailand has 152,208 publications. Vietnam has 55,639, while Cambodia has just 3,708.

Based on the World Economic Forum’s 2019 Global Competitiveness Report, Cambodia’s overall innovation capacity was ranked 102nd out of 141 countries, while Malaysia stood at 30th, Thailand 50th and Vietnam 76th worldwide.

It is not clear what caused the decline in Cambodia’s innovation capacity, but a closer look at the report reveals that the country’s scientific publications were also ranked 102nd out of the 141 countries that were featured in the report. Expenditures on research and development (R&D) has decreased, while the score for the country’s research institutions prominence was 117th out of 141.

Overall, the ranking score for Cambodia’s research and development was 121st out of 141, whereas Thailand’s was 56th and Vietnam 72nd.

All these statistics show that the research capacity of Cambodian academics and researchers, as well as that of Cambodian universities and research institutes, remain relatively low when compared with some of its neighbors in the region.

As the world is entering into the Fourth Industrial Revolution and the global knowledge-based economy is upon us, participation and competition in this ever-changing world will require creativity, innovation and the ability to produce, disseminate and use knowledge to advance economic growth.

Since 2002, the World Bank has noted a shift within the global economy from labor or resource-intensive economies to knowledge-based economies, citing knowledge as a key factor in development. The World Bank went on to suggest that “the ability of a society to produce, select, adapt, commercialize, and use knowledge is critical for sustained economic growth and improved living standards.”

Aspiring to be an upper-middle income country or high-income country is one thing, and there is hope we can achieve these long-term goals. However, achieving these aspirations and others, as well as staying relevant and competitive in the world, say, in 2050 is another matter.

Current leaders of Cambodia, elite groups and highly educated individuals should particularly be held accountable if they fail to prepare the country to compete, let alone lead, in the foreseeable and distant future.

In closing, each and every one of us should be reminded that we play a part in shaping Cambodia and transforming it into a country we all will be very proud of in the future. The responsibility rests upon us all.

The opinions and views expressed are all the author's own. 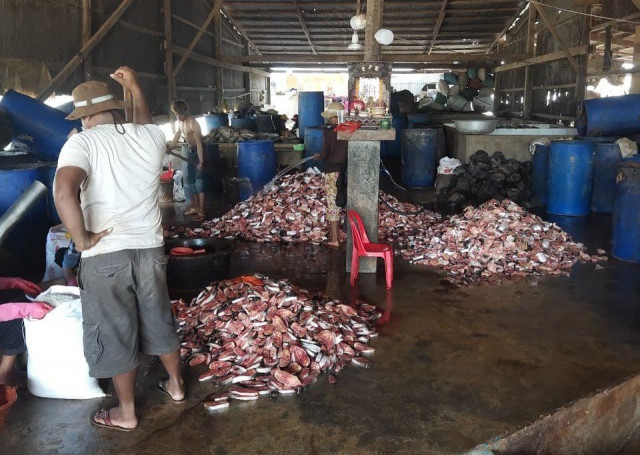 Cambodian Fish Farming to “Collapse” without Restrictions in... 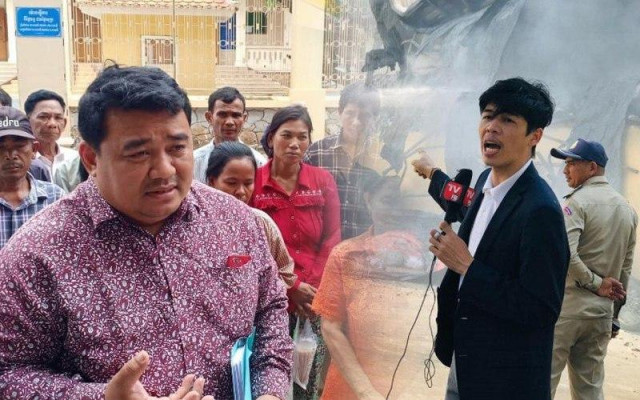 NGOs Call for End to Harassment of Journalists in Cambodia