Sao Samphors is a third year student at the Royal University of Phnom Penh’s Department of Media and Communication. Photo supplied.

Few female students in Cambodia choose journalism, but Sao Samphors—now entering her third year at the Royal University of Phnom Penh’s Department of Media and Communication—is bucking the trend. Samphors explains why more women need to be involved in public discourse and how they can strengthen Cambodia’s press.

Heat Vanna: Unquestionably, in the Cambodian context most female students tend to avoid journalism as a career path, so what motivated you to follow this lesser-trodden path?

Sao Samphors: In the beginning, I didn’t know what I wanted to study, but I knew that I had an affection for writing. Therefore, I decided to take the Department of Media and Communication (DMC) entrance exam as it [the DMC] provides students various skills related to the media sector. Even then, I wasn’t sure about journalism as a career, but in my second year I met Ker Minthit—an instructor who teaches the “News Writing and Reporting” class.

Throughout this course, students are required to write news articles in both Khmer and English. At that time, I got a lot of practice—the class required me to write news stories every week. News writing, to me, is not like a normal writing; it is short and straight to the point. Plus, as I practice every week, I begin realizing that it is what I always wanted—by doing this I understand so much more about social issues.

In terms of motivation, as I said—I didn’t know what I wanted to do, but my second year really helped me to understand the problems journalism faces—the biggest one in Cambodia is the freedom of the press, which is still limited. There are so many problems in society that must be exposed, but because of the limitations placed on the press, we don’t hear much about them. This is what motivates me, I want to disclose those hidden issues to everyone—journalism is a way to amplify the voices of people who don’t receive much attention from society, it can help us all to understand the problems better.

Heat Vanna: So where did you learn to love writing?

Sao Samphors: As I remember, I think I’ve had this feeling since I was in high school. Most of the time, I would write something down in my notes, even my dreams sometimes. Plus, every time I read a book; I would summarize it in my notes as well. Then, I started realizing that I like writing so much because I did not get bored of doing it even for hours.

Heat Vanna: I believe that not many parents want their daughter to become a journalist. In your case, has your family ever opposed your idea of ​​becoming a journalist?

Sao Samphors: Generally, my family respects my decision, so they do not put pressure on me to choose my major. When I tell them, I love journalism and I want to be a journalist, they genuinely worry about me. Their biggest concern is my safety because I am a woman, and as a journalist, I have to travel a lot. Moreover, being a journalist is quite dangerous, especially in publishing news on sensitive issues—if we are not aware and there is something wrong with it, we may face various dangers. If we are not convicted, there is also a personal danger.

Heat Vanna: Since you are now working as a reporter in a magazine, would you share with us the most arduous challenges you have faced? How do you deal with them?

Sao Samphors: Personally, one of the biggest challenges I face while working in this field is seeking for sources. Undoubtedly, in news articles, we need sources from all stakeholders in our story in order to ensure a balance. For example, I want to write a news article regarding people and the government, I need the sources from both of them and even relevant NGOs. We all know that there are many media outlets in Cambodia, some government officials are asked questions by journalists every day—so when I try to approach them, sometimes they do not give me any detailed information or just nothing at all. We want to balance the information, but as we lack the sources, it becomes difficult for us.

To deal with this, I try to approach somebody else in the same institution or ministry who can give me the information. As journalists, we need to know that we cannot force our sources to answer in case they do not want to, because they have the right not to answer and we have to respect that.

As for enjoyment, I love news writing because writing is my passion and when I write something that gets a lot of support, it is such a huge encouragement for me. I feel that my article has helped people and society; it makes me feel enthusiastic and I want to continue doing it.

Heat Vanna: There are many reasons that some people may say journalism is not a career for women due to the fact that it requires a lot of traveling, going to unsafe places, traveling at odd times during the night and can be physically demanding, etc. What would you say to them?

Sao Samphors: I think some of those ideas are correct, but some of them do not make sense—there are issues when it comes to carrying heavy equipment all over the place, but I disagree with the notion that traveling too much or going to unsafe places is not something women should do. Journalism should be a career open to both men and women, we should encourage more women to get involved in the field because we need a balance in gender when it comes to perspective and telling the news. 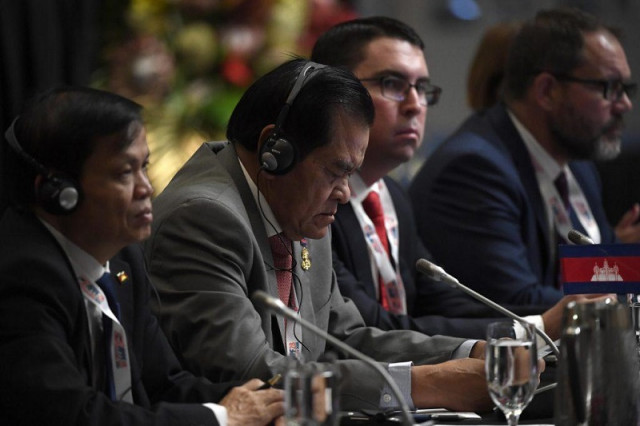