This photo taken on July 4, 2015 shows a damaged building after a storm in Majuro as a tropical depression moved through the Marshall Islands (AFP)

Wellington, New Zealand | Pacific island leaders insist climate change, not China, will top the agenda when they meet in Tuvalu this month as western-aligned nations push to curb Beijing's growing influence in the region.

Once regarded as a sleepy backwater of the diplomatic world, the islands are now a hotbed of aid projects and charm offensives as anxiety over China's presence grows.

Australia has labelled its campaign the Pacific Step-Up, New Zealand has the Pacific Reset and Britain the Pacific Uplift, while the United States, Japan, and France have also intensified their efforts to court the region.

But local leaders attending the Pacific Islands Forum (PIF) in Tuvalu from August 13-16 are wary their concerns will be sidelined if they become pawns in a wider power struggle.

PIF secretary-general Dame Meg Taylor said the forum, whose members collectively refer to themselves as the Blue Pacific, was at a pivotal moment in its history.

"While we are the subject of the geopolitical manoeuvring and strategies of others, the Blue Pacific collective remains focused on charting our own destiny," she said.

The primary concern for island leaders -- many of whom live in low-lying nations threatened by rising seas -- is climate change.

In a pointed message to Australia's conservative government, Tuvalu Prime Minister Enele Sopoaga has warned Canberra's step-up strategy will fail unless it finally takes meaningful action to address the issue.

"They know very well that we will not be happy as a partner, to move forward, unless they are serious," he said.

The Pacific islands saw intense fighting during World War II and displays of power in the Cold War, including nuclear tests by the United States and France.

But they dropped off the radar for major powers as other regions took priority, a fact recently acknowledged by Britain's High Commissioner to New Zealand Laura Clarke.

"Quite frankly we stepped back too much from our Pacific friends and partners," she said. "We are now beginning to put that balance right."

China has been active in the Pacific for well over a decade and, though it still ranks far behind Australia as the region's biggest aid donor, there is growing discomfort over its interest in an area Canberra regards as its sphere of influence.

For China, a presence in the region provides access to assets such as fisheries, as well as giving Beijing the opportunity to try to further diplomatically isolate Taiwan, which it regards as a renegade state.

But other regional heavyweights, particularly Australia, fear the ultimate aim is to set up a naval base in the Pacific which would dramatically increase Beijing's military footprint in the area.

Such a move would potentially negate the geographic remoteness that provides Australia and New Zealand with a valuable defence buffer.

Whether real or imagined, the possibility has long dominated strategic thinking among Australia and its allies about the islands, said Wesley Morgan, a lecturer in international affairs at the University of the South Pacific in Fiji.

"These countries are significant players in global politics in their own right," he added, pointing out it was the islands that helped put climate change on the international agenda.

Morgan said Pacific leaders regarded climate change as a greater security risk than China and expected those operating in the region to respect their concerns.

He said there was particular disappointment that Australia -- led by climate-sceptic Prime Minister Scott Morrison -- was dismissive about an issue its neighbours see as an existential threat.

While Canberra had paid lip service to environmental concerns, Morgan said island nations were acutely aware that, in real terms, it was set to miss Paris emissions targets and had recently approved construction of a major new coal mine.

Pacific leaders have become increasingly critical of Canberra ahead of the Tuvalu meeting and Morgan said they were unlikely to prioritise Canberra's security concerns regarding China when their own were not being taken seriously.

"As long as countries like Australia fail to take adequate steps to tackle climate change it will undermine their attempts to win over the Pacific," he said. Improving the Manufacturing Process by Using an Industrial E... 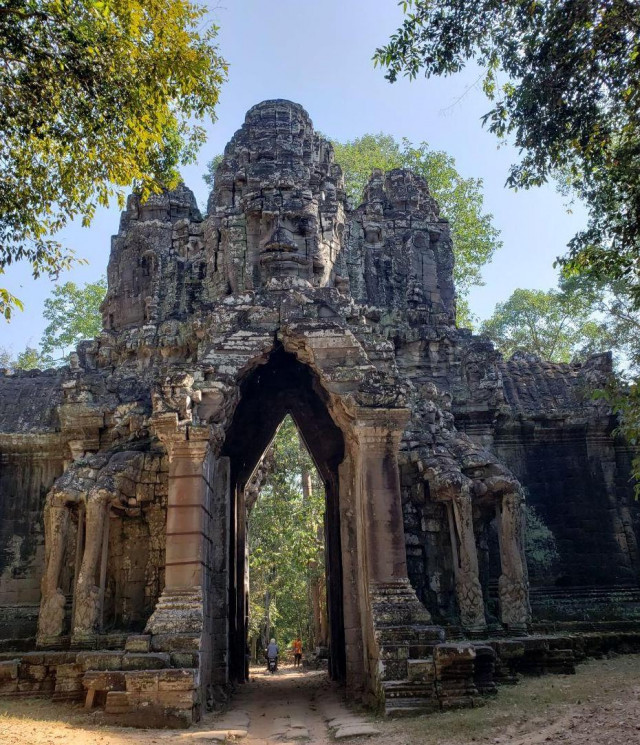