The world in 2020 faces grave challenges ranging from wildfires to the COVID-19 pandemic to ravaging floods. These disasters have adverse effects on the global economy, and the lives and livelihoods of a vast number of mankind. COVID-19 in particular has plunged the world into economic recession to the extent that the world has not seen since the Great Depression in the 1930s. It has destabilized the politics and economy of even a mighty country i.e., the United States. For varying reasons, disasters of great magnitude have once again reminded the world of the need for strong state leadership and capacity.

Countries with strong state capacity but poor leadership—such as the United States under President Donald Trump—have muddled through natural disasters and the pandemic with policy confusion, economic depression and social division. Even countries with strong leadership but relatively weak state capacity in comparison to China or the United States—such as India under Prime Minister Narendra Modi—are struggling to contain the spread of COVID-19 and to cope with poverty exacerbated by the pandemic. On the contrary, China and Vietnam, which possess strong state capacity and leadership, have navigated the pandemic with notable effectiveness. It is fitting, therefore, to discuss state capacity and leadership as Cambodia is facing the twin disasters of COVID-19 and floods.

A country’s state capacity did not emerge out of a vacuum; rather it is contingent on a country’s historical development and in some cases the roots stretch back to the colonial era. Despite its poor records in terms of political suppression and economic exploitation, in some cases, colonialism helped foster state capacity in colonized countries, which could provide strong contributions to these formerly colonized countries’ economic take-off and sustainable development in post-colonial era.

For example, because of Japan’s developmental ideology, Japanese colonialism in Taiwan and South Korea helped foster state capacity in these two countries through colonial investment in infrastructure, state bureaucracy and education. Japan’s colonial policies formed path-dependence that enabled Taiwan and South Korea to transform themselves from abject poverty to global economic powerhouses.[1]

Due to historical variation, many countries went through divergent colonial experiences from those of Taiwan and South Korea. French colonialism in Cambodia neglected the need for state building, as evidenced with the limited and late development of Cambodia’s infrastructure and education.

Worse still, Cambodia fell victim to Cold-War geopolitics of the 1970s and 1980s plunging the country into decades of destruction of its very foundation of state capacity from which it is being recovering.[2] In the 1990s and early 2000s, many analysts have argued that the Cambodian state, like many of its counterparts in the developing world, have been embroiled in patronage. This condition, the analysts argued, has inverse impact on efforts at strengthening state capacity.[3]

Since the 2013 elections, as part of the ruling party’s efforts to “clean up and streamline” the state, there have been notable improvements in state capacity in Cambodia. In the political economy context, state capacity is often measured in terms of ratio of tax revenues to national gross domestic product (GDP). On this front, the Royal Government of Cambodia (RGC) has, in recent years, increased tax revenue which rose from 17.98 percent of GDP in 2015 to 20.24 percent in 2017 and to estimated 23.83 percent in 2019.[4]

Such increase in revenue collection will not only help to offset EU’s partial trade suspension but also assist in funding other social services and development programs. Such improvements are being tested this year in the face of cumulative adverse impacts inflicted by the COVID-19 pandemic and ongoing historical floods.

Grave challenges facing Cambodia this year have revealed the degree of state capacity and the ability and the willingness of the Royal Government of Cambodia to mobilize state capacity to tackle these challenges. At the outset of the COVID-19, the extent of anticipated adverse impact of the pandemic in terms of its spread was high. Contrary to such gloomy anticipation, Cambodia has fared well.

The number of infections was low at 286[5] cases in total, as of October 2020, with zero fatality rate. Evidence for such success has pointed to the decisive leadership of the RGC in mobilizing domestic and international resources and government’s adherence to a scientific approach to cope with the pandemic. The scale and intensity of resource mobilization—both human and capital—has revealed the presence of the leadership’s political will and state capacity for rescue and relief efforts. For instance, mobilization of personnel from government ministries for the rescue and relief efforts surpassed past efforts. Moreover, the mobilization of the armed forces for the rescue and relief efforts is unprecedented in peace time.

The efforts and effective outcomes that Cambodia has achieved in dealing with the twin disasters must be applauded. However, the RGC should continue to be alert to the fact that Cambodia’s long-term development requires political will and leadership that continue to prioritize sustainable, systematic and coordinated mobilization of human and capital resources gearing toward, further enhancing state capacity. Theoretical and empirical evidence has shown that critical moments like natural disasters, pandemic and foreign pressure produce three distinctive critical outcomes that have long-term ramifications for a country’s development trajectory. These potential outcomes are contingent, first and foremost, on the evolution of state capacity.

The first outcome—a perpetual failed state—is associated with the leadership of a country failing to unite its people to build state capacity. This condition tends to condemn a country to vicious cycles of crisis such as Somalia or Haiti.

The second outcome associated with intermediate state capacity is the development of pockets of excellence. Under this condition, the state could achieve relative success in coping with crises and development of some sectors of the economy, but is unable to mobilize resources for sustainable and systematic development that would scale up the pockets of excellence to other sectors of the country’s economy and governance. The resulting outcome was the country’s inability to rise to the next level of development. This is a common outcome for many states in the developing world such as Brazil, the Philippines and seemingly Thailand. As far as development outcomes are concerned, these states tend to be stuck at the middle-income status.

The third outcome, which is a country’s upward mobility on the ladder of development as exemplified by Chile and Singapore, is associated with the leadership’s ability to capitalize on existing opportunities to build strong state capacity. This outcome requires leadership that possesses the political will to transcend patronage politics and to embark on developmental goals through sustainable and systematic mobilization in terms of human and capital resources.

*Dr. Un Kheang is an Associate Professor of Political Science at Northern Illinois University and Member of the Board of Directors at Cambodia Development Center.

** This Op.Ed was originally published by Cambodia Development Center on October 21, 2020. The views expressed by the authors are theirs alone and do not necessarily reflect the opinions of the CD-Center.

[3] Caroline Hughes, The Political Economy of the Cambodian Transition (Routledge, 2003).

[5] The number is updated as of 21st October 2020, according to the Ministry of Health in Cambodia. 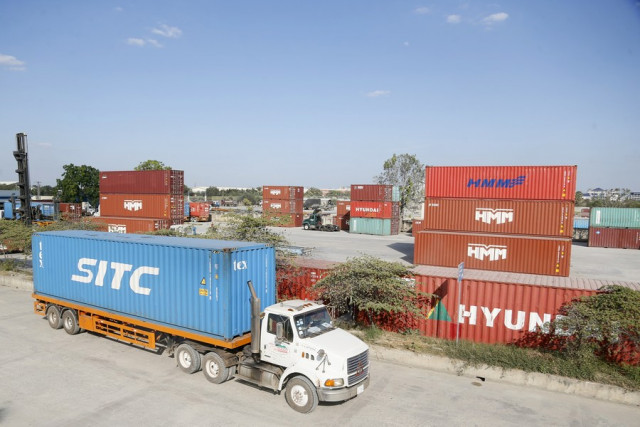 Cambodia's export to other RCEP countries up 10 pct in H1 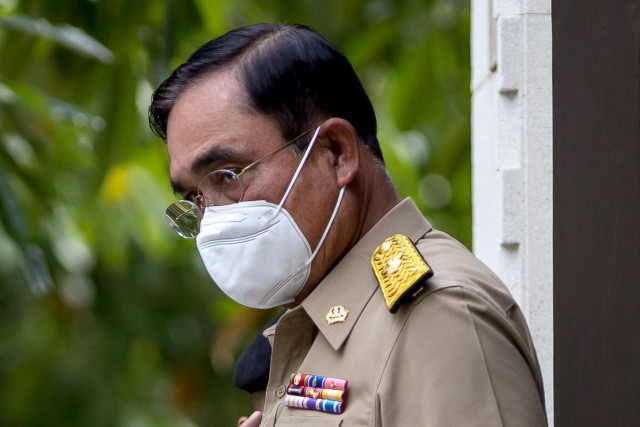