The shift to digital classrooms and independent learning has impacted parents who have found the limitations of their own education has hampered their ability to help their children.

But throughout the COVID-19 pandemic, which has seen schools close repeatedly to prevent the spread of the virus, E-learning has become the dominant mode of education for many Cambodian students, although access to smartphones, computers and the internet has highlighted gross inequalities nationwide.

The widespread loss of income as a result of the pandemic has also seen a decrease in the quality of living conditions for many families, particularly as family members return jobless from abroad or from Cambodia’s cities.

Compounding all of this is the limited understanding of E-learning among educators, particularly in rural areas where technology has not been integrated into the classroom as widely as the wealthier classrooms of Phnom Penh—although even in the Cambodian capital, many teachers remain unfamiliar with the digital education tools they are now expected to rely on.

While technological and financial inequalities along the urban-rural fault line has hampered the uptake of E-learning across Cambodia, another issue has been felt more keenly by parents, who are now having to fill in gaps left by the education system. For many, this has highlighted the limitations of their own education.

Due to the school's temporary closure, Hong Srey Neang, a coffee seller in Kong Pisey District, Kampong Speu Province​, said that she has struggled to teach her children in her spare time between selling coffee and cooking for her family.

“No matter how busy I am, I always try to teach my children, they cannot learn online so I try my best,” she said.

“At night, I teach my youngest daughter who is in Grade 2, but I can only teach her the alphabet, A, B, C... I received less education,” she said. “During the day, I’m busy selling coffee, and my husband's a mechanic who is often busy fixing motorbikes for customers, so we only teach as best we can at night.”

The 29-year-old mother is not alone. As parents have been forced to take on the role of teachers over the course of the pandemic, challenges beyond the immediately obvious have become apparent.

In Kampong Speu Province’s Kong Pisey District, Yang Seth is a watermelon farmer and has been grappling with his daughter’s education. Now in Grade 8 at Sok An Tramkhna High School, Seth’s daughter hasn’t been able to study online due to a lack of public school lessons available.

Seth’s son, who is in his first year of university, has been able to study online, but has found he doesn’t get the most out of his classes and has struggled to adapt to online classes, having only graduated from high school in 2020.

Seth said he wants to be able to help his children, but he knows about farming—his own education, he said, was far more limited.

“When the children were younger, in the lower grades at school, I could help, but now it’s too advanced for me,” he said.

Even though his income has fallen dramatically over the course of the pandemic, Seth said he will continue to pay his son’s tuition fees and remains hopeful that his son will adapt to E-learning.

“I think that learning online is better than just staying at home and playing on his phone, but I worry he will forget lessons,” he said.

The impact of the COVID-19 pandemic on Cambodian students isn’t just a concern for parents, but for teaches too. Often referred to as another parent, many teachers are worried because the good students will likely adapt and overcome the challenges, but it’s students who need extra support that will suffer the most.

Meanwhile in Takeo Province, Uth Nay In—an English teacher at Angta Phouk High School in Bati District—said that few students in her class have smartphones that they can use for studying and that during the first school closures in March 2020, more than 10 students dropped out of her class.

She said that she tried to persuade these students to return to school, but they decided to find a job to help ease their families' hardships.

“Once school was suspended, for those who couldn’t learn online, the students were free—no class, no homework—their parents often need the money, so the students end up working and very few will come back to school,” she warned.

The scale of this problem cannot be underestimated in Cambodia where more than 21 percent of the population—some 3.5 million Cambodians—are students under the age of 19, while a further 210,000 students are spread across the 125 higher education institutions.

But whether Cambodia can adapt amid the pandemic remains to be seen and the current outbreak shows little sign of slowing down, despite the easing of restrictions nationwide. 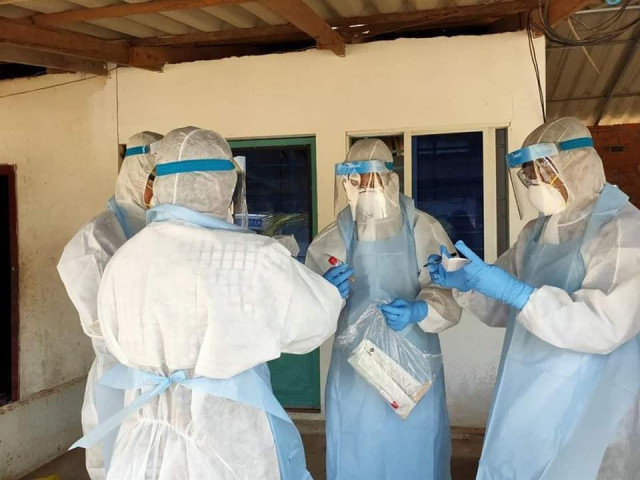 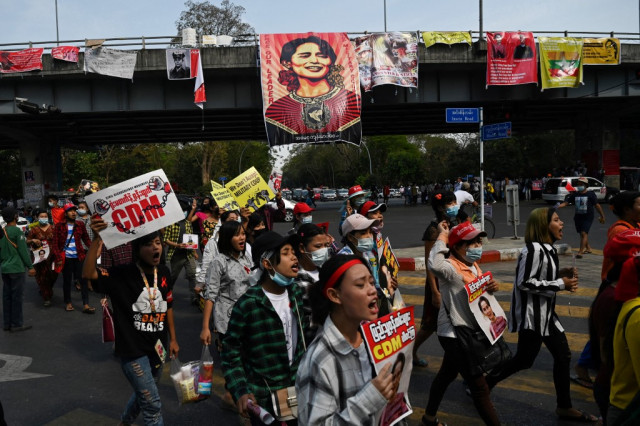 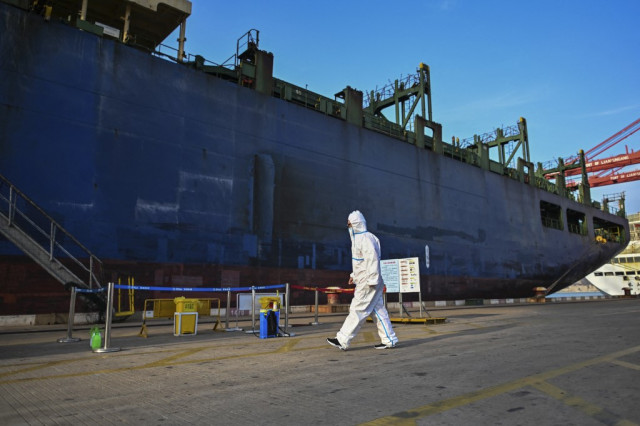 Logjam deepens at the world's ports as pandemic strikes ship...