A tower of the Phnom Dei temple. Photo: Long Ton

SIEM REAP — Beside the Angkor Archaeological Park, which is one of the most popular, protected and carefully preserved area in Cambodia, there are hundreds of magnificent temples and historical sites scattered throughout the country far outside the park overseen by the Apsara National Authority. Some of these centuries-old stone sructures are now often located in the middle of dense forests, villagers’ farmlands or remote parts of the country. These sites whose history has often intrigued researchers are an opportunity for Cambodians and foreigners to visit or attempt to find out whether these were part of human settlements lost in history.

When they go to a hill that people in the area call Phnom Dei or Phnom Bei, visitors come across a large statue of a religious figure not fully sculpted that is set under a shelter next to the soaky soil that lines a mountain trail.


A short distance from the statue stands a building set in the middle of a dense forest. This is the temple of Phnom Dei. Located approximately 20 kilometers north of Siem Reap City, this temple facing east, which is typical in this area, is built of clay bricks while the wall around the perimeter is made of laterite, and the gate frames, vertical pillars and lintels are made of limestone.

Looking at the walls of the temple’s towers, one can see that their structural integrity has been compromised due to elements over the centuries. And yet, no matter how damaged, the beauty and style of the temple and the skills of the architects, sculptors and workers who built it clearly appear in all the elements of Phnom Dei, from the gable and pillars to the walls. The bricks are so flawlessly laid on top of one another that it’s difficult to figure out how they could have been put in place, so flawlessly positioned by human hands. Along the lintels on the south part of the temple, there must have been wooden sections. Moreover, judging by the relief, the skills of those unknown sculptors on the various elements of the temple are nothing less than breathtaking as those sculpted images are lively and metaphorically dancing on top of the stones.


Based on the unfinished statues on the site of the temple and the many other sculptures that are kept at the Angkor Conservation center, archaeologists believe that this place must have been an ancient sculpture center. Sculptures and statues would be made on this site and then workers would deliver them at temples and other places throughout Cambodia. This conclusion was possibly based on the geographical location of Phnom Dei. This temple is relatively close to the waterway of Siem Reap and there is a small stream in front of the temple as well. This stream is believed to have been part of the old Siem Reap waterway, which moved water toward the northern entrance of the Angkor Thom city. Therefore, the delivery of those heavy sculptures might have been done through this waterway.

According to the stone inscription labelled K. 1222, this temple was built in the 12th century during the reign of King Tribhuvanādityavarman who was on the throne from 1165 to 1177. The king is believed to have greatly respected the poet Mathourindra who was considered a highly knowledgeable person. As a result, the relatives and followers of this amazing poet were allowed to build a temple dedicated to him. This is why the main figure to worship in this temple, and which is located in the middle of it, is in the shape of a Shiva lingam that also bears his name followed by a deity suffix.


Currently, the Phnom Dei temple is overseen by the Svay Chek commune in Siem Reap province’s Angkor Thom district. To get to the temple, visitors should use the road northwest of the Preah Khan temple’s wall, cutting across the Leang Dai commune and Angkor Thom Junior high school. 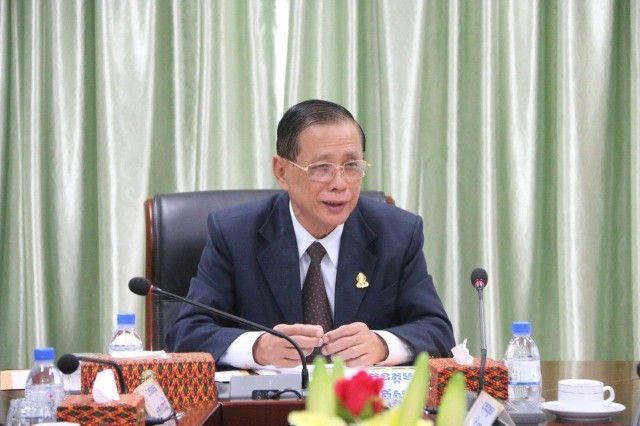 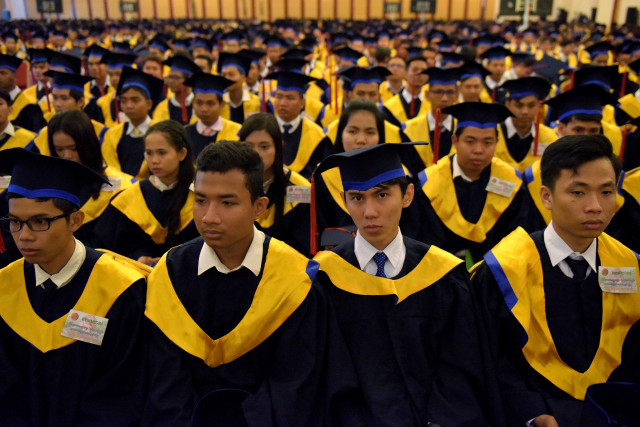