SIEM REAP –  Restoration is progressing on a section of Angkor Wat moat’s bank and nine out of the 12 towers at the West Mebon temple have been rebuilt.

At the moat, older stones are being dismantled at the southern part of the causeway.  Many stones have sunk deep into the ground where the foundations have deteriorated.

The project was started in August by the Department of Temple Protection and archaeology. Conservation officer Sim Dany said the current third phase aims to restore 25 metres of the bank.

“The foundation is severely damaged which pushes the structure into the water,” Dany said. “That is the reason why the department had to urgently set up this project and restore the area.” 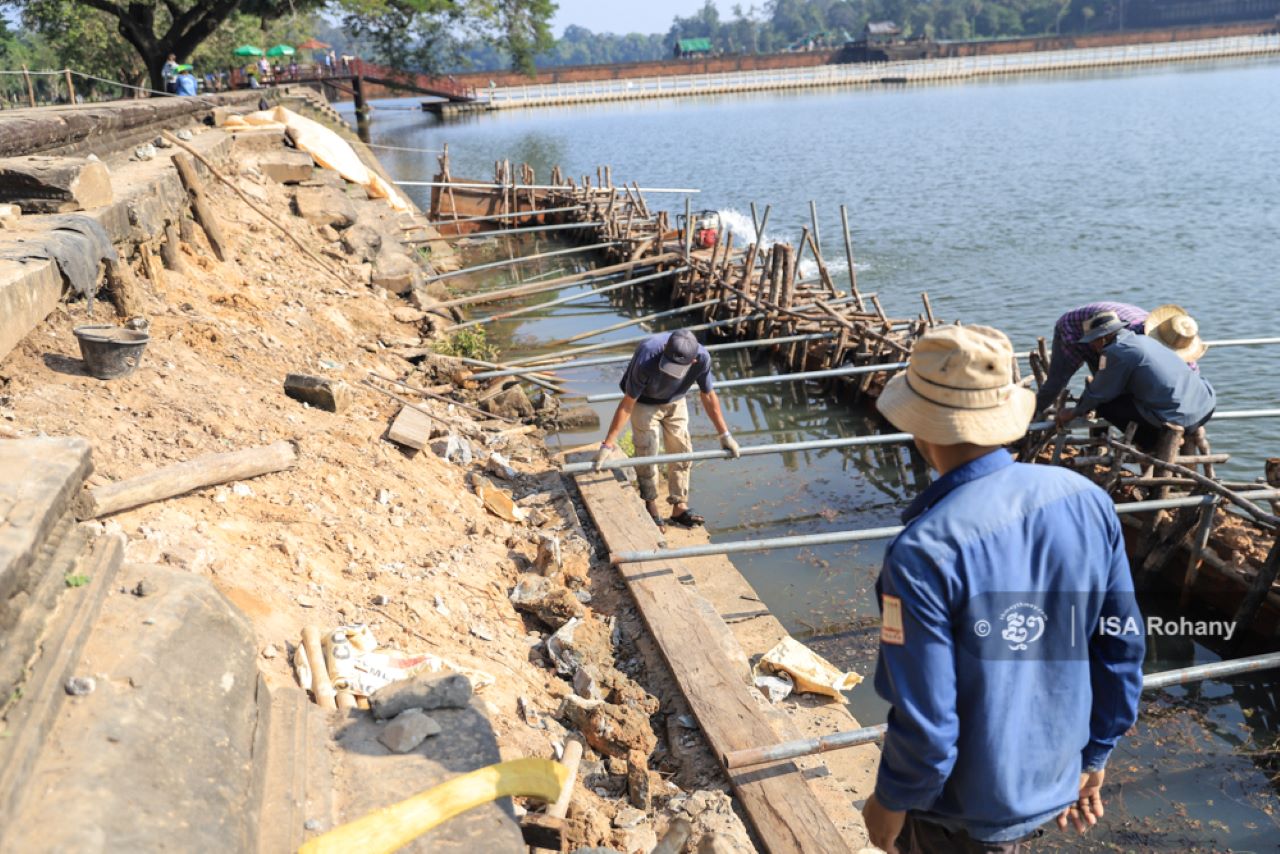 Many stones have sunk deep into the ground where the foundations have deteriorated. Photo: Isa Rohany

Restoration comes after a layer of cement laid by a team from the French School of the Far East (EFEO) in 1962 deteriorated. The working team will restore this section of the monument using a traditional technique which involves compressing a composition of mortar.

Before the restoration, a dam was put into place to keep the water out. This phase is 15 percent complete.

The previous two phases, which restored portions of the Angkor Wat moat’s bank south of the causeway bridge, had already covered 140 metres.

The bank along the moat has suffered severe damage over time. Two restoration sites, to the south and to the north of the causeway bridge, as well as one next to the main entrance have received a good amount of funds.

At other parts of the bank, restoration is conducted in steps through the limited funding allocated through the annual budget of the APSARA National Authority.

Several kilometres to the western site of the Angkor Wat temple lies the other major restoration site.

Restoration of the West Mebon temple has seen remarkable progress in the last few months. The working team has restored nine of the 12 towers surrounding the temple.

The West Mebon temple is in the middle of the West Baray, an ancient man-made reservoir.

Project officer Mao Sokny said the work is a joint cooperation between the APSARA National Authority and the French Embassy in Cambodia and is 80 percent complete. The temple has four sides, each 100 meters long and each with three towers.

Restoration of the western side of the temple is yet to begin as there are still many stones missing. This demands more research to be conducted. 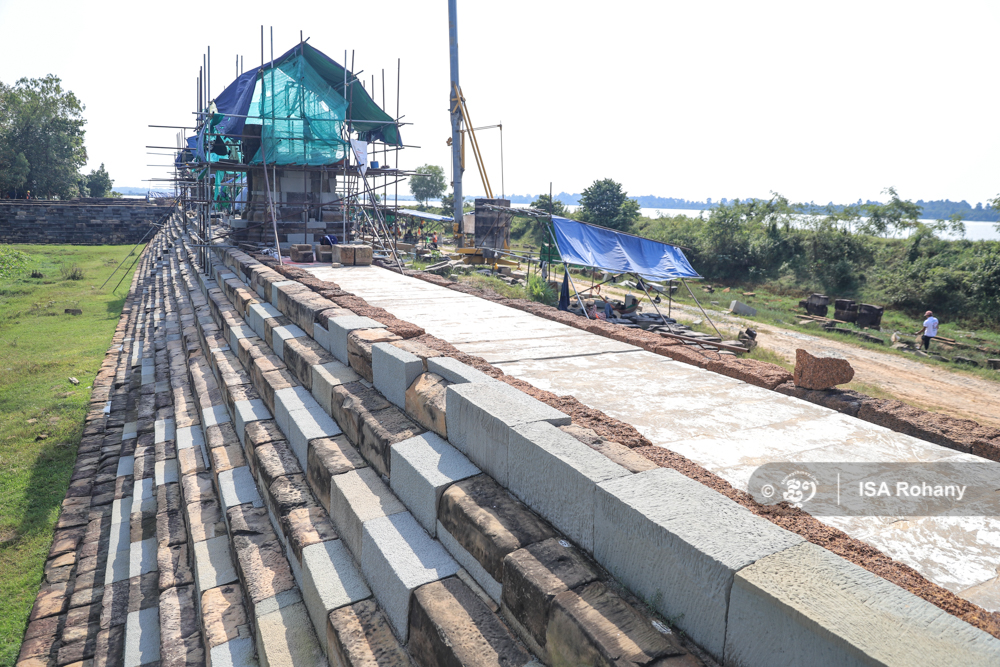 The West Mebon temple is in the middle of the West Baray, an ancient man-made reservoir. Photo: Isa Rohany

“Some are buried underground. Some have deteriorated. Some have moved away from their original place," Sokny said.

“This demands the use of new stones which can be time consuming. In general, this temple lost around 20 to 30 percent of its original stones”,

About 150 personnel, from stone restorers, temple-shape restorers and wall restorers to stone cutters and sculptors, work to restore the West Mebon temple.

If more manpower can be found and work can be speeded up, this project can be finished in 2024. At the current rate, the project could take until 2025.

Wind and big waves are some of the risks which the restoration site faces. “After three o’clock, the wind from the west and the east can be worrying for the dyke as they hit the site daily”,  Sokny said.

Beginning in 2012 by EFEO, the Western Mebon temple restoration was temporarily halted in 2018 due to budget issues before it could resume in 2019. 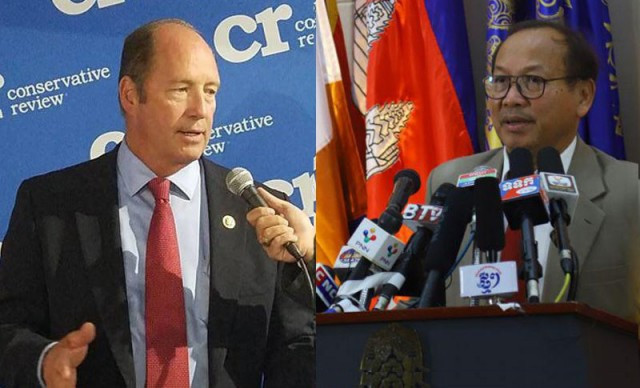 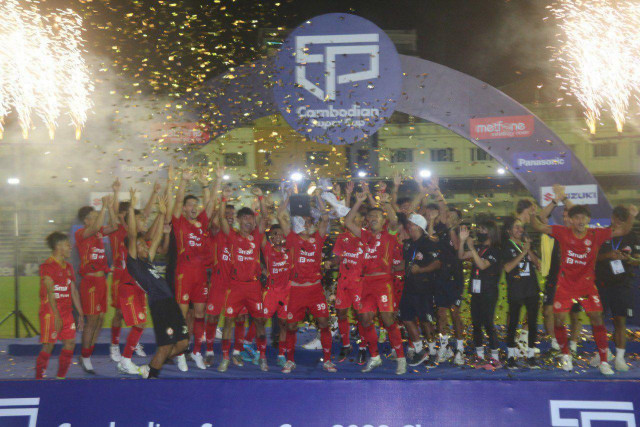