Adolf Hitler's designated successor Hermann Goering was one of the accused.

The Allies had prepared to punish German war criminals since 1943 and agreed to hold an unprecedented public trial once the Nazis were defeated.

Just six months after the fighting ended, prosecutors from four victorious nations had collected 300,000 witness statements and 6,600 pieces of evidence, laid out in a 42-volume archive.

Nuremberg, a former imperial German city now in ruins, served as backdrop for the trial, its main courthouse and adjacent prison were fortunately still intact.

The city was also symbolic because it was there that Hitler staged massive rallies before the war and anti-Jewish laws were passed in 1935.

At 10:00 am, British judge Geoffrey Lawrence addressed the audience in courtroom 600, declaring: "This trial, which is now to begin, is unique in the annals of jurisprudence."

In his memorable opening statement, US prosecutor Robert Jackson told the tribunal: "The real complaining party at your bar is Civilisation."

In the dock sat many of the highest-ranking Nazi officials aside from Hitler, Joseph Goebbels and Heinrich Himmler, all of whom had committed suicide.

All of the accused pleaded "nicht schuldig," or not guilty.

The proceedings were swiftly marked by a film produced by the western Allies in liberated concentration camps.

"Sauckel trembles at the sight of the crematorium oven at Buchenwald. When a lampshade made out of human skin is shown, Julius Streicher, the head of the Nazi propaganda newspaper, Der Stuermer, says: "I do not believe that."

"Wilhelm Frick (who drew up the anti-Semitic Nuremberg Laws) shakes his head with an incredulous air, when a woman doctor describes the treatment and the experiments inflicted on prisoners at Belsen," adds G.M. Gilbert, the prison psychologist during the trial, in his "Nuremberg Diary" published in 1947.

Among the 33 witnesses for the prosecution, the French resistance fighter Marie-Claude Vaillant-Couturier, who survived the camps of Auschwitz-Birkenau and Ravensbrueck, delivers harrowing testimony lasting more than two hours.

She speaks of women who gave birth and whose newborn children were drowned before their very eyes, prisoners forced to drink the water from puddles before washing there and being forced out of bed to work at three in the morning

"Before addressing the court I walked in front of the accused, very slowly. I wanted to look at them up close," she told the French daily l'Humanite.

"I wanted to know what people who were capable of such monstrous crimes looked like."

On October 1, 1946 after hearings that lasted 218 days, the sentences were read out. Twelve of the men were condemned to death, including one in absentia, Hitler's personal secretary Martin Bormann.

Unbeknown to the court, Bormann was already dead.

Three defendants were sentenced to life in prison, two to 20-year terms and one each to 15 and 10 years behind bars.

Three of those accused were set free, which surprised observers at the time but which served to reinforce the court's reputation for impartiality.

The Nuremberg trials did not escape all criticism of being another case of victors' justice.

The proceedings also turned a blind eye to possible Soviet crimes, notably the Katyn Massacre that Soviet prosecutors blamed on the Nazis.

Goering had killed himself a few hours earlier by swallowing cyanide to escape what he considered a humiliating end for a soldier.

All of the bodies were cremated and the ashes dumped into a tributary of the Isar river to prevent their graves becoming gathering places for Nazi sympathisers. 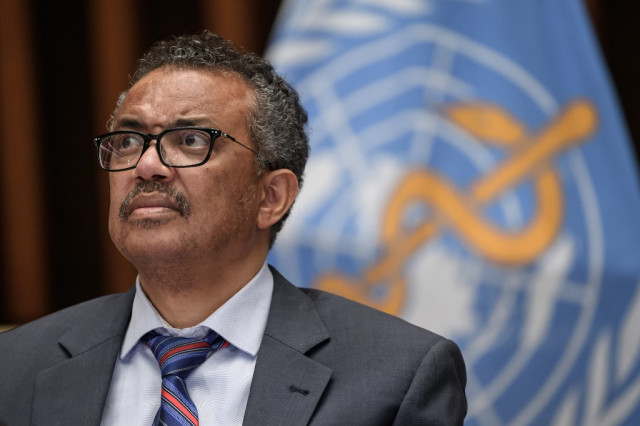 WHO warns of long drawn out virus pandemic as Asia cases spi...