Sri Lanka's president to quit after chased from home

Protestors participate in an anti-government demonstration outside the President's office in Colombo on July 9, 2022. Photo by AFP

Colombo, Srilanka - - Sri Lankan protesters refused to budge from President Gotabaya Rajapaksa's residence on Sunday after storming his home, forcing him to flee with the navy and to announce his resignation.

The dramatic events on Saturday were the culmination of months of protests by people enraged by the South Asian island nation's unprecedented economic crisis and the Rajapaksa clan's incompetence and corruption.

Hundreds of thousands massed in Colombo demanding Rajapaksa take responsibility for shortages of medicines, food and fuel that have brought the once-relatively rich economy to its knees and caused misery for ordinary people.

After storming the gates of the colonial-era presidential palace, protesters lounged in its opulent rooms, somersaulting into the compound's pool and going through Rajapaksa's clothes.

Troops fired in the air to help Rajapaksa escape on Saturday. He then boarded a naval craft which steamed away from the island to the safety of the island's southern waters.

From there the 73-year-old, who had clung to power even after deadly nationwide violence in May forced his brother Mahinda Rajapaksa to quit as prime minister, decided finally to throw in the towel.

"To ensure a peaceful transition, the president said he will step down on July 13," parliamentary speaker Mahinda Abeywardana said in a televised statement.

Rajapaksa's nearby seafront office also fell into protesters' hands while others set fire to Prime Minister Ranil Wickremesinghe's residence even after he too offered to resign. The premier was not there at the time.

Footage on social media showed a crowd cheering the blaze, which broke out shortly after a security detachment guarding Wickremesinghe attacked several journalists outside the home.

Security forces attempted to disperse the huge crowds that had mobbed Colombo's administrative district earlier in the day, triggering clashes.

The main Colombo National Hospital said 105 people were brought in Saturday and that 55 remained under treatment by Sunday. The injured included seven journalists.

"One person is still in a very critical condition after a gunshot wound," spokeswoman Pushpa Soysa told AFP.

"There is an opportunity to resolve the crisis situation peacefully and constitutionally," Silva said in a brief televised address.

A defence source said Rajapaksa would reach the Trincomalee naval base in the northeast of the island later on Sunday.

The United States calls on "the Sri Lankan parliament to approach this juncture with a commitment to the betterment of the nation -- not any one political party," a State Department spokesperson said Sunday as Secretary of State Antony Blinken visited Thailand.

"Our struggle is not over," student leader Lahiru Weerasekara told reporters.

"When we moved to the last barrier, we knew that the military might open fire. We risked our lives," he said.

"We won't give up this struggle until he actually leaves.”

Student activists say they found 17.8 million rupees ($49,000) in cash in Rajapaksa's room and handed it over to police.

Sri Lanka has suffered months of shortages of basic goods, lengthy blackouts and galloping inflation after running out of foreign currency to import necessities.

The government has defaulted on its $51 billion external debt and is seeking an International Monetary Fund bailout.

The IMF said Sunday it hopes for "a resolution of the current situation that will allow for resumption of our dialogue".

Sri Lanka has nearly exhausted its already scarce supplies of petrol, and people unable to travel to the capital held protests in other cities across the island on Saturday.

The camp was the scene of clashes in May when a gang of Rajapaksa loyalists attacked peaceful protesters.

Nine people were killed and hundreds were wounded after the violence sparked reprisals against pro-government mobs and arson attacks on the homes of lawmakers.

The unrest comes at the tail end of Australia's ongoing cricket tour of Sri Lanka, with Pakistan's squad also on the island for their upcoming series.

On Saturday hundreds of protesters climbed the walls of the scenic Galle Fort overlooking where Sri Lanka and Australia were playing and chanted anti-Rajapaksa slogans.

"Today obviously the country is in turmoil, people outside having their say. We could obviously hear it, I mean we can still hear it now," Australian player Steve Smith said afterwards.

Cricket officials said there were no plans to change the Australia and Pakistan schedules and that the sport was unaffected by the political turmoil.

"There is no opposition to having the games. In fact, fans are supportive and we have no reason to reschedule," a cricket board official told AFP. 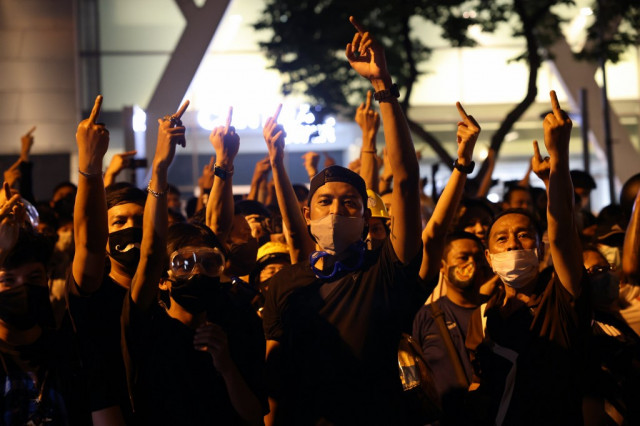 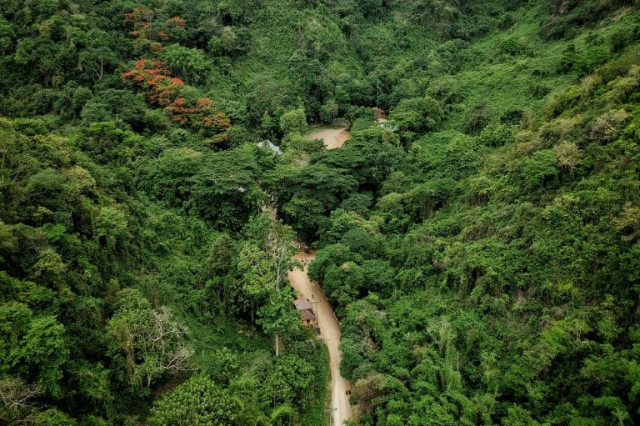