People enjoy the warm weather as they sit at Kungstradgarden in Stockholm on May 8, 2020, amid the new coronavirus COVID-19 pandemic. (Photo: AFP)

Stockholm, Sweden | Bjorn Branngard's mother died in a Stockholm nursing home where five of the eight people in her section and more than a third of residents have so far succumbed to the new coronavirus.

"They didn't have time to take care of my mother," he told AFP.

Her coronavirus test came back negative two days after her death, but Branngard, who claims she died of neglect, says the nursing home staff lacked protective gear and were spreading the virus around the home.

Sweden, whose softer approach to the coronavirus has garnered international attention, admits it has failed to adequately protect the elderly, with around half of COVID-19 deaths occurring among nursing home residents.

Reports have flooded Swedish media in recent weeks of care home staff continuing to work despite a lack of protective gear.

Others have refused to work and workers are encouraged to stay home even with mild symptoms, leaving homes short-staffed.

Other personnel have admitted going to work despite exhibiting symptoms of the virus, potentially infecting residents, while some elderly have reportedly been infected while admitted to hospital for other treatments and then sent back to care homes where they unwittingly spread the disease.

Sweden has reported 3,220 deaths from the virus as of Saturday.

The country said early on that shielding those 70 and older was its top priority.

Yet 90 percent of those who had died as of April 28 were over the age of 70. Half were nursing home residents, and another quarter were receiving care at home, statistics from the Swedish Board of Health and Welfare show.

"We failed to protect our elderly. That's really serious, and a failure for society as a whole. We have to learn from this, we're not done with this pandemic yet," Health and Social Affairs Minister Lena Hallengren told Swedish Television recently.

Unlike many European countries, Sweden has kept its primary schools open as well as bars and restaurants, while urging people to respect social distancing and hygiene recommendations.

It did, however, ban visits to care homes on March 31.

But unlike in those countries, Swedish nursing homes are often large complexes with hundreds of residents.

They are only available to those in very poor health and unable to care for themselves, and residents are therefore "a very vulnerable group", according to Henrik Lysell of the Board of Health and Welfare.

Bjorn Branngard told AFP the personnel at his mother's home did not have proper protective gear.

"There was no protection. The personnel were going between different sections and spreading the virus."

In greater Stockholm, the epicentre of Sweden's virus spread, 55 percent of nursing homes have so far confirmed COVID-19 cases, according to Region Stockholm health authorities.

It said that in March, 40 percent of staff at Stockholm nursing homes were unskilled workers employed on short-term contracts, with hourly wages and no job security, while 23 percent were temps.

In other words: people who often can't afford not to go to work even if they're sick.

"There are a lot of different people who work at several nursing homes, and that also leads to a greater spread," the head of Kommunal's nursing home division, Ulf Bjerregaard, said.

At the end of April, Kommunal filed a complaint to the Swedish Work Environment Authority, claiming that 27 of the 96 residents at the home where Branngard's mother lived had so far died of the virus, and yet staff were not being provided protective gear or offered testing.

The authority is studying the complaint, and prosecutors have opened a preliminary investigation.

Abdullah, a pseudonym for a 21-year-old refugee who didn't want to disclose his real name, has worked as an assistant in a care home outside Stockholm for two years.

He told AFP about a resident treated in hospital for a broken leg.

"She tested negative for the virus when she was with us. When she returned from the hospital three days later, she was positive," he said.

"We had protective aprons but no masks when we were working with her," he said, adding that he has since refused to go to work.

The Public Health Agency meanwhile said efforts to improve basic hygiene routines in the homes were paying off.

"Stockholm has actually had a clear decrease in cases (in nursing homes), that feels positive," state epidemiologist Anders Tegnell told reporters on Thursday. 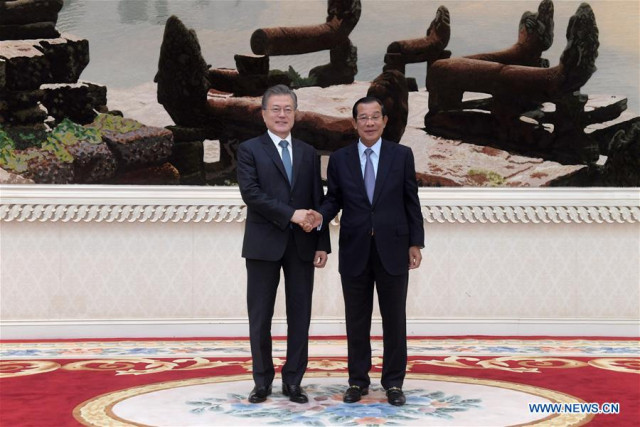 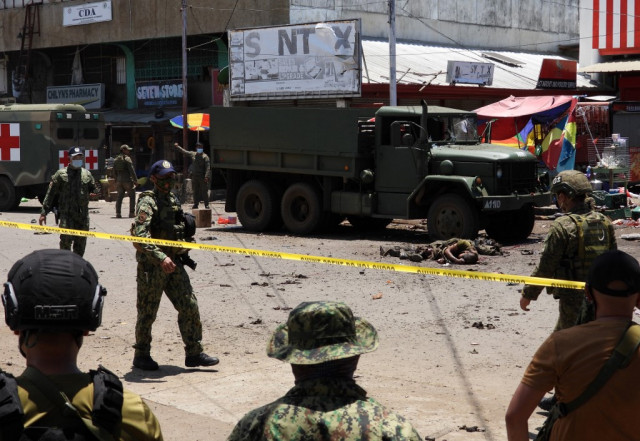