The Opening Ceremony of the 55th ASEAN Foreign Ministers’ Meeting, held on August 3 2022.Photo by ASEAN 2022

PHNOM PENH – ASEAN has expressed concern over the Taiwan Strait, fearing tension will affect the economic potential in the region while the region is trying to stay neutral, Cambodian analysts say.

On Aug.2, US House of Representatives Speaker Nancy Pelosi visited Taiwan despite strong warnings from China, becoming the highest-ranking American official in 25 years to visit the island.

The visit became another concern for regional security in addition to the Russia-Ukraine war as China expressed its anger over Pelosi’s visit.

On Aug. 5, China imposed sanctions on Pelosi and her family. These could further strain relations between Beijing and Washington, as the two countries do not see eye to eye on many issues.

ASEAN is also worried about the Taiwan Strait issue because it will be affected, said Rim Sokvy, co-founder of Thinker Cambodia, a forum dedicated to the analysis of foreign affairs.

The ASEAN region still has a fragile economy, which explains why some of its growth is dependent on external or dialogue partners. China and the US are the region's top and second-largest trading partners, respectively, he said.

“The Taiwan Strait is challenging ASEAN to choose either of the two powers, which ASEAN member states do not want to do as the association is trying to stay neutral,” Sokvy said.

“The Taiwan Strait, on the other hand, is a different scenario that forces the association to choose between China and the US, and the decision will have a significant impact on the economy of the region,’ he said.

“Sanctions will be in place if there is a war. The US will put sanctions on China and Chinese companies, and vice versa.

“ASEAN does not want to get involved with this matter. However, based on member states’ perspectives on the Taiwan Strait, I believe that ASEAN thinks China is right regarding this problem because China has been using the One-China policy, and all members in ASEAN have also agreed with this tendency,” said Sokvy.

However, even while the ASEAN member states may not get along well with China, the Taiwan Strait was a contentious issue. Therefore, even if they disagreed with China's position, they would not dare say anything or act in a way that would serve to defend Taiwan.

Because China is a big power in the region – so even if some of ASEAN member states have a good relationship with the US – they  still rely partly on China. Therefore, Sokvy said, there would be a problem for them if they supported Taiwan.

“The Taiwan Strait is a legal issue with China. In other words, Taiwan is still a province among many in China even though it has  its own military force. Therefore, I don’t think ASEAN member states will discuss the matter for the purpose of finding solutions to the Taiwan Strait, but they can discuss it only in the sense of expressing their concerns,” he said.

Cambodian-American political analyst Ear Sophal said ASEAN member states have no stake in the matter because Taiwan holds little significance for them.

ASEAN does not desire a conflict that would harm its economic prospects, he said, adding that all parties acknowledge China but they hope miscalculation won't result in severe confrontation.

“While all countries recognize China [one China policy], Vietnam has no particular liking for China, and may even root for Taiwan's survival as a way to weaken China, while Cambodia is on the other side of the spectrum,” Sophal said.

“But, of all the ASEAN members, nobody will stick their necks out for Taiwan. It's more of the enemy of my enemy is my friend.”

Kung Phoak, Secretary of State at the Ministry of Foreign Affairs and International Cooperation, and spokesperson of the ASEAN summit, said ASEAN wants the situation at Taiwan Strait to return to normal as soon as possible.

ASEAN expressed its commitment and support for the One China Policy.

He said US Secretary of State Anthony Blinken acknowledged the One China Policy when he addressed the ASEAN summit. 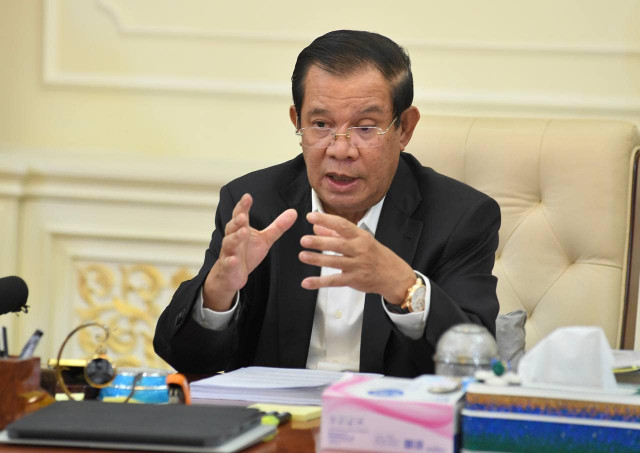 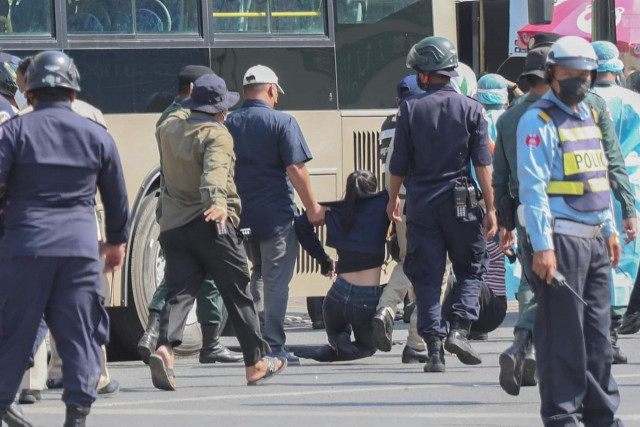