Banteay Chhmar Temple: A Father’s Tribute to His Son’s Courage

The carving of King Jayavarman VII and his son, Srindrakumara, at Banteay Chhmar temple. Photo: ThmeyThmey25

BANTEAY MEANCHEY — In the course of generations of kings and warriors across the centuries, battles were fought and monuments were built, cities were relocated and their names were lost. As time went on and boundaries were redrawn, some large towns and temples were abandoned, the area reclaimed by the jungle or, in some cases, becoming part of neighboring countries.

With the capital of the Angkorian empire having been on its territory at the height of its power, the province of Siem Reap is home to the country’s largest agglomeration of millennium-old monuments, which is now a UNESCO World Heritage site. Still, that province is far from being the only one with outstanding temples as old, if not older, than those of Angkor.

About 160 kilometers northwest of Siem Reap city and travelling via National Road 6 and National Road 56, visitors will come across several temples including the spectacular Banteay Chhmar temple, which dominates the area.

Located in today’s Banteay Chhmar commune in Banteay Meanchey province’s Thma Puok district, this temple was built toward the end of the 12th century and the beginning of the 13th century, becoming one of the largest monastery complexes of the Angkorian empire of the time. It currently is on the Tentative List of the UNESCO World Heritage sites.

Erected during the reign of King Jayavarman VII, the temple reflects the design philosophy of the era—the golden age of the Khmer Empire—as can be seen in the Bayon temple and the Ta Prohm temple at Angkor in today’s province of Siem Reap. Among other features, the famous and easily-recognizable 4-face sculptures of the Bayon temple’s towers are also at Banteay Chhmar, turned toward the four cardinal directions.


King Jayavarman VII constructed this temple, where can be seen Mahayana Buddhism as well as Brahmanism features, to be dedicated to his son Srindrakumara and four other warriors who had sacrificed their lives during the war against the neighboring Kingdom of Champa between 1177 and 1181.

Banteay Chhmar’s huge grounds spread over an area 770 meter long and 690 meter wide. The temple is surrounded by a moat for protection, mythical interpretation, beauty and structural stability. Today, villages buzzing with activity stand around the moat.

As can be seen on Khmer temples, sculptures and sculpted scenes appear throughout the temple structures and grounds. At the southwest point of the temple is the arresting depiction of Avalokiteshvara, also known as the bodhisattva of compassion and an influence of the Indian culture, which has become one of the most sacred features of the temple. The mythical figure has 32 arms symbolizing the 32 levels of hell. Today, the figure’s face has quite faded away, but the many arms are still intact on the temple’s wall.


One of the figure’s hands is holding a bottle of amrita, the beverage of immortality in Hinduism. And in a hand on the other side of the figure is Amitabha, one of the oldest representations in Buddhism. We also can see figures praying and waiting to be offered the amrita beverage in the lower section of the sculpted scene. This representation of Avalokiteshvara is one of the sculptures that was spared when the monument and others were looted in the country in decades past.

On one section of the temple’s wall, a bas-relief depicts a scene of the life of King Jayavarman VII about to command his troops as they prepare for war against the Kingdom of Champa with his son Srindrakumara as a commander. Before heading into combat, a ceremony was celebrated to bless their journey with dancers, representing apsara spirits, gently throwing flowers, accompanied by musical bands. It was, and still is, a custom that a ceremony must be enacted in the country before any major event can take place.

Behind King Jayavarman VII’s son are groups of Khmer soldiers. They are depicted with short hair, long vertical earlobes and strips around their upper body. They used earrings to elongate their ears so they could resemble the earlobes of the Buddha and signifying well-being and longevity. As for the soldiers of Champa, a distinct visual differentiation can be made as they appear wearing long hats and armors enveloping their upper bodies.


In one scene of the bas-relief, visitors can see Champa soldiers raising balloons into the sky to signal that a military confrontation has begun. In the following scene, we can also see Champa soldiers fleeing the battlefield as the Khmer forces attack.

Based on the body movements depicted in the sculpted scenes, specialists believe that King Jayavarman VII was using movements of the martial art Bokator, which still is practiced today in Cambodia.

Due to many factors over the centuries such as wars, human migrations, theft and the irreversible destruction due to nature, the temple can no longer stand as healthily and brightly as it used to. What remains have been studied, protected, preserved and restored by the concerned institutions and humanitarians from different countries and backgrounds. Due to its location a long distance from the capital city of Phnom Penh and the provincial city of Siem Reap, the number of tourists visiting Banteay Chhmar temple is still somewhat small and most of those visitors are domestic. Only between 2,000 to 3,000 foreigners make their way to this temple annually, according to a local tour guide in 2020.

And yet, the area is well worth the trip as the Banteay Chhmar temple is not the only site to visit. Tourists can also make their way to the reservoir built during the Pol Pot regime, or to the 12th-century water reservoir measuring 1,600-by-800 meters with a temple, the Mebon, in the middle.


The Banteay Torp is believed to have been built to accommodate the religious and spiritual needs of the people of that area who lived far away from the main agglomeration as it is located more than 10 kilometers from Banteay Chhmar.

This satellite temple tends not to attract many visitors, one reason being the time it takes to get there and the cost of transport. And yet, Banteay Torp can help bring understanding as to King Jayavarman VII and his people’s ambitious construction projects.

Structurally, this temple used to have five towers. The middle one, which was the tallest, might have been as tall as 40 meters. In addition to the temple’s stone structure, there are pieces of its original wooden ceiling at the temple. In the course of the centuries, the elements and other factors that caused damage at the Banteay Chhmar temple have had the same effect on the temple of Banteay Torp. With its roofs having collapsed, it is hard to find and locate the religious sculptures that were once erected right in the middle of the towers. Wooden support frames have been placed by restoration teams to keep some parts of the temple from collapsing.

For both Cambodian and foreign tourists, Banteay Chhmar is definitely worth a visit. While its scale and elements will not fail to impress foreigners, this will be an opportunity for Cambodians to be aware of their ancestors’ legacy as well as their vision and skills.

Plus, this will contribute to supporting local people and businesses in the area and help them make a living without having to seek work in other parts of the country.


Originally written in Khmer for ThmeyThmey25, this story was translated by Ky Chamna for Cambodianess. 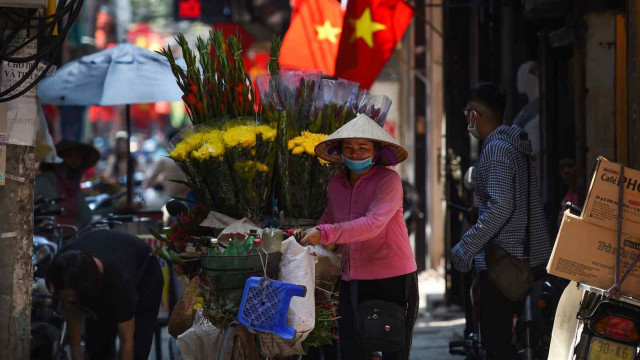 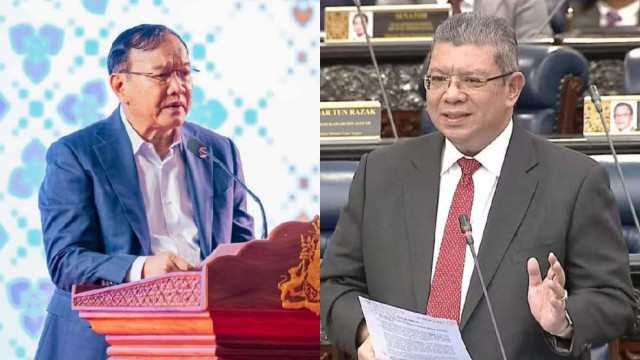 Cambodia and Malaysia to Keep on Cooperating to Deal with Jo...