PHNOM PENH – The Ministry of Foreign Affairs and International Cooperation has responded to the US Embassy regarding the arrest of a Candlelight Party’s official, telling the embassy not to interfere in the internal affairs of the country.

“The best means to ensure independence for a small state like Cambodia is to not interfere in internal affairs nor support one side against the other,” the ministry said in a message issued on Jan. 21.

The response was made following the embassy’s email interview with Radio France Internationale (RFI) in Cambodia regarding the arrest of Candlelight Party’s Vice President Thach Setha. The US Embassy statement was mentioned in the article published on Jan. 20.

“The US Embassy in Phnom Penh urges the Cambodian government to strengthen multiparty liberal democracy by allowing opposition’s political perspectives in the upcoming national election,” the embassy statement read according to RFI. “This is to encourage free and fair competition between the ruling party and the opposition as Cambodia prepares to hold its seventh national election in July. According to the US ambassador, the government must promote free and open exchange of views.”

In the story published in Khmer, RFI also mentioned the response of the international NGO Human Rights Watch’s to the arrest of the Candlelight Party’s vice president. “The truth hurts @PeacePalaceKH! Stop intimidating the Candlelight Party & other Cambodian democrats! Such behavior is unseemly & unnecessary, and will call the 2023 national election into further disrepute!” Phil Robertson said on his Tweet on Jan. 19. Robertson is deputy director of the NGO’s Asia Division.

In its response, the Ministry of Foreign Affairs said that democracy and all rights come with obligations as enshrined in the law of the country and that non-compliance with those obligations will lead to legal consequences.

Thach Setha, the Candlelight Party’s vice president, was arrest Phnom Penh’s Sen Sok district on Jan. 16 for alleged check fraud committed in 2019, and was sent to pretrial detention at Prey Sar prison the next day. The court statement said that Setha had failed for no reason to appear twice in accordance with two arrest warrants in February and June 2021.

On the arrest day, the Candlelight Party issued a statement considering that Setha’s arrest had a political motive. In response to this statement, Chhim Phal Virun, spokesperson of the ruling Cambodian People’s Party, said that the arrest strictly concerned one individual person.

On Jan. 19, Prime Minister Hun Sen, as the leader of the ruling party, claimed that the arrest was about law enforcement with no political involvement. He asked foreign countries not to interfere and urged them to listen to both sides regarding this case. 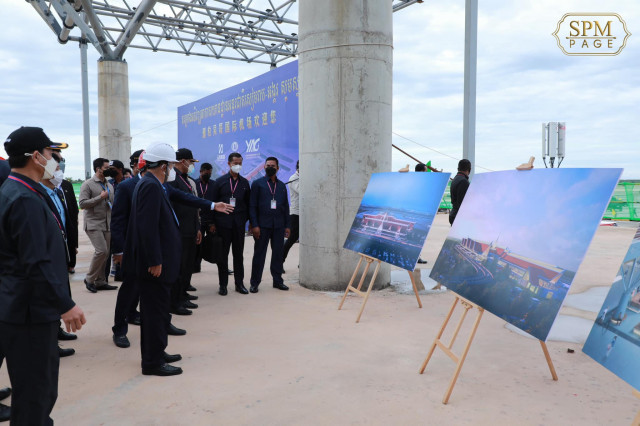