The author addresses the issue of whether to use Roman letters or mix them with Khmer script, or to strictly use Khmer script to write Khmer.

The Romanization of Khmer is not new. During the French colonization of Cambodia in the 19th and 20th century, there were attempts made by the colonizer to “Romanize” the Khmer language. After Cambodia gained independence from France in 1953, the influence of French on Khmer diminished.

At the turn of the 21th century, English has gained traction and popularity in Cambodia as it has been the case elsewhere across the world. French language has been eclipsed by English and its use reduced to a minimum.

With the dominance of English and the rise of social media, particularly Facebook, there is also an increase in the use of Khmer in its Romanized form. What this means is that Cambodian people, youth in particular, turn to Latin or Roman alphabet instead of Khmer alphabet when writing Facebook posts, comments and chats. This practice has also occurred in instant text messages before Facebook became popular in Cambodia.

The reason for writing the sounds of Khmer words by using Latin letters may be born out of ease of writing as it is more difficult to write texts with Khmer alphabet. The trend also reflects new ways of communication as well as the ever-changing nature of any language.

From the perspective of sociolinguistics, language changes. However, the change process can be managed through language policy and planning. The Romanization of the Khmer language can also be controlled if state or governing bodies take action to address the issue.

These are the questions policymakers, language experts and government institutions that have the power and authority to control the use of the language should contemplate.

Recently, there was a case in which an author published a book that included some instances of Romanized Khmer. The author used the Latin alphabet to represent Khmer words.

This case has gone viral and drawn widespread criticism from the general public and especially Facebook users as the book has been shared on this online platform. Although there is support for the author’s writing choice, the majority of reactions to it have been negative.

Those who support the author’s use of Romanized Khmer in his book cite freedom of expression, creativity, authors’ rights and so on as reasons why the author should continue to do what he is doing. Others who oppose it argue that this particular act should be discouraged or stopped as it may have negative consequences for the future of the Khmer language.

They worry that if more and more Cambodian people, especially young Cambodians, “Romanize” Khmer when writing, the Khmer alphabet may disappear in the future. They assert that it is important to preserve the current form of Khmer as it symbolizes Khmer culture and Khmer identity.

As a concerned Cambodian citizen, I support the discouragement and stoppage of Khmer language Romanization for at least two main reasons.

First, for the sake of the Khmer language or for the sustainable future of it, it is crucial we voice our concerns regarding any behaviours or actions that are seen to have a negative impact on the wellbeing of the Khmer language. Sometimes, incidents that happen today may seem trivial as we cannot see their long-term consequences. It is better to prevent or stop it rather than let it wreak havoc on the language and other Khmer identities in the unforeseeable future.

Instead of trying to promote the Romanization of Khmer that will only lead to the disappearance of the Khmer alphabet in a worst-case scenario in the remote future, Cambodian people, and especially youth, should pay more attention to improving their knowledge of English language and skills.

They should start with writing their Facebook posts, comments and chats in English or Khmer. They can also mix them. However, they should avoid using Latin alphabet to represent Khmer sounds or words.

Trying to develop English proficiency through the four macro skills such as listening, reading, speaking and writing is what they should do to improve their language skills that can in turn enhance their career prospects.

Developing expertise by using Latin letters when writing Khmer is unlikely to lead them to success on the local or international stage. The world speaks English and technology, not Romanized Khmer language.

Kimkong Heng is a co-founder and co-editor of Cambodian Education Forum. He was awarded the Australia Awards Scholarship and is currently pursuing a PhD in education at the University of Queensland, Australia. All views expressed are his own. 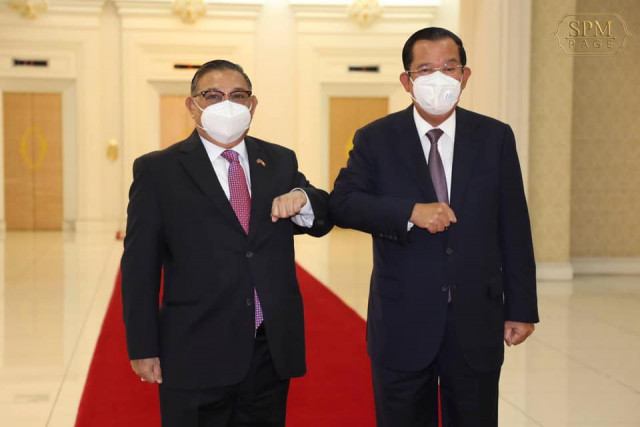 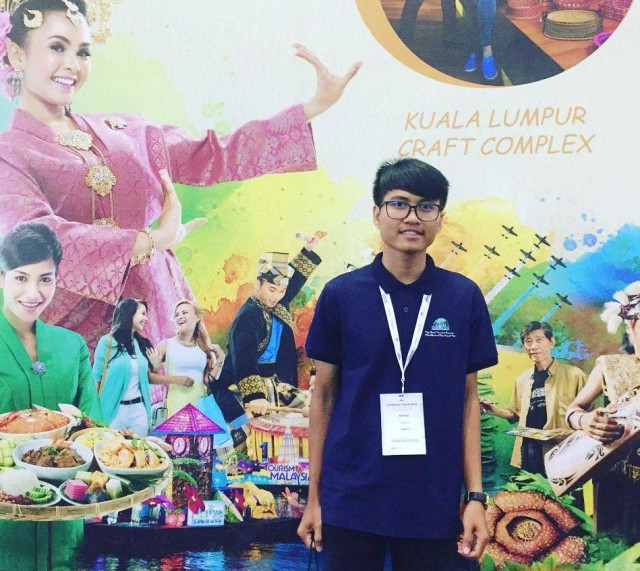