US Vice President Mike Pence speaks about the COVID-19 (coronavirus) alongside President Donald Trump and members of the Coronavirus Task Force in the Brady Press Briefing Room at the White House in Washington, DC, March 9, 2020. SAUL LOEB / AFP

Washington, United States | Concern that President Donald Trump himself could be exposed to the coronavirus through contact with two Republican lawmakers loomed Monday as US stocks plummeted, feeding growing national anxiety.

Trump, who flew back to Washington after a weekend golfing at his Florida resort and having dinner with Brazil's right-wing president, has spent weeks dismissing the seriousness of the threat.

But after an emergency meeting with administration staff, he told journalists that he would propose "very substantial" economic measures to Congress on Tuesday. This will include tax relief and aid for workers in the gig economy who worry about calling in sick.

Trump said he would hold a press conference to discuss the measures on Tuesday, adding that coronavirus has "blindsided the world."

The run on stock market prices robbed Trump of one of his main talking points when touting his successes ahead of the November presidential election. The Dow Jones closed 7.8 percent lower in the worst session since 2008.

And with pictures of a virus-hit cruise ship constantly on live television, Trump's tweet Monday that "life & the economy go on" seemed increasingly out of touch.

Alarm mounted further after at least two Republican lawmakers who recently met with the president announced they were going into self-quarantine, fearing that they were exposed to the virus at a conservative conference just outside Washington.

One of them, Representative Matt Gaetz, was traveling with Trump on Air Force One on Monday.

Another, Representative Doug Collins, was with Trump on Friday during a coronavirus briefing at the Centers for Disease Control and Prevention headquarters.

The spreading virus raises also questions over whether Trump will be able to continue holding the large rallies at the heart of his reelection campaign.

Asked if Trump had been tested for the virus, Vice President Mike Pence said, "I honestly don't know."

Stories of new cases flooded in across the country -- from a Washington DC church rector to the head of New York's ports authority, while some stores ran out of hand sanitizer and masks. Twenty-six people have now died in the United States after contracting COVID-19.

On the West Coast -- where most of the US deaths have occurred -- the Grand Princess cruise ship docked at California's port of Oakland, for more than 2,400 passengers to be taken into treatment, or placed in quarantine, in a delicate, days-long operation.

White House press secretary Stephanie Grisham said there was no need for worry, denying reports that staff had been instructed to limit face-to-face meetings.

"While we have asked all Americans to exercise common-sense hygiene measures, we are conducting business as usual. I want to remind the media once again to be responsible with all reporting," Grisham said.

Trump himself appeared to be less than strict about sanitary guidelines, shaking hands along a rope line of well-wishers while in Florida on Monday.

Since the worldwide COVID-19 epidemic began, Trump has veered between defending his government from accusations of incompetence to accusing Democrats and the media of exaggerating the crisis in an attempt to hurt his standing.

The crisis has landed Trump in a rare situation of losing control over his messaging -- a far cry from his usual aura of riding the booming economy to certain victory in November.

On Sunday, he retweeted a meme showing himself playing the violin and the caption: "My next piece is called nothing can stop what's coming."

Trump apparently meant the bizarre meme in jest and said himself he didn't know "what this means."

Critics quickly branded it the portrait of a modern Nero -- the mad emperor famous for fiddling while Rome burned.

Trump's "reckless statements are confusing people in this country and all over the world," Democratic presidential hopeful Bernie Sanders said on the campaign trail in Michigan.

Treasury Secretary Steven Mnuchin told reporters at the White House press conference that there was no need for broader alarm, insisting that "the US has the most resilient economy in the world."

"We couldn't be more pleased that the president's economic programs of tax cuts, regulatory relief and trade have put the economy in a very good position," he said.

Trump has invited heads of major US financial institutions to a meeting on Wednesday to discuss the virus response, banking sources told AFP. 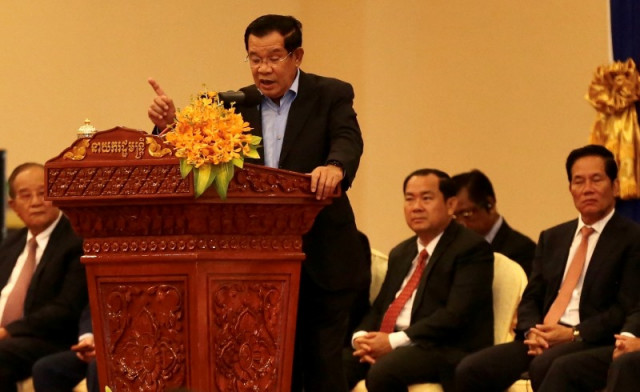 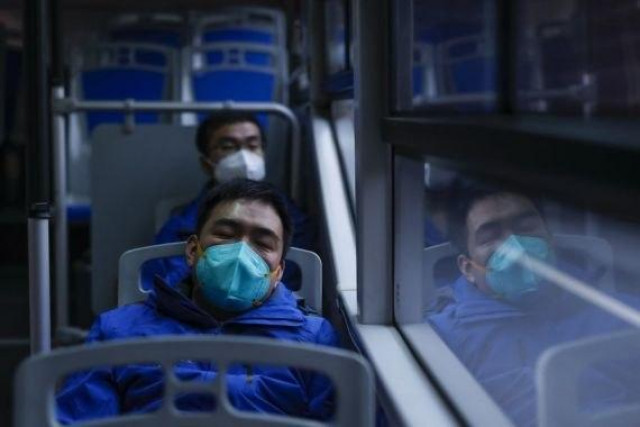 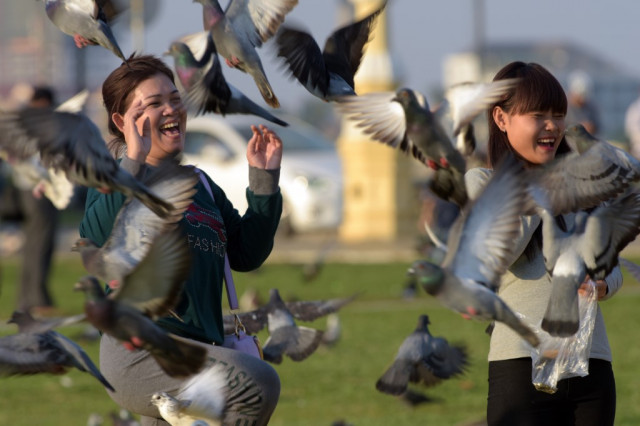 Ending Violence against Women: What More Can be Done?