It is widely recognised that breastfeeding carries huge health benefits.

But countries' failure to crack down on the marketing of breast milk substitutes means far too many children are still being reared on formula, the World Health Organization and the UN children's agency Unicef warned, in a new report.

It found that the $55-billion formula milk industry systematically deploys aggressive marketing strategies, spending up to $5 billion a year to sway parents' decisions on how to feed their infants.

Unicef chief Catherine Russell called for "robust policies, legislation and investments in breastfeeding to ensure that women are protected from unethical marketing practices".

Experts have long extolled the health benefits of breastfeeding, saying that breast-fed children are healthier, perform better on intelligence tests and are less likely to be overweight or suffer from diabetes later in life.

Women who breastfeed also have a reduced risk of breast and ovarian cancer, research shows.

But despite the known benefits, only 44 percent of babies under the age of six months are exclusively breastfed, as recommended by the WHO and Unicef.

And while global breastfeeding rates have increased little in the past two decades, the sale of formula milk has more than doubled over the same period, Wednesday's report said.

"We see marketing everywhere," he told AFP, pointing to targeted digital messaging, promotional gifts to new parents, and even efforts to turn health professionals into a "conduit for messages about formula".

In Britain, 84 percent of all women surveyed said they had been exposed to such marketing, while a full 97 percent in China had, "increasing their likelihood of choosing formula feeding," the UN agencies said.

Rollins pointed to how companies use pseudoscience to suggest that breast milk is not enough on its own or that formula does a better job of helping babies to sleep through the night.

"Children or babies crying, not sleeping, are very worrisome to parents, and the industry uses those moments to say our product is the solution for your problem," he said.

Over a third of the women surveyed said a health worker had recommended a specific brand of formula to them, it found.

Rollins stressed the goal was not to clear store shelves of formula, acknowledging that breast feeding is not an option for all parents.

But he insisted far more needed to be done to ensure adherence to an international code of conduct adopted by the World Health Assembly back in 1981, demanding that formula not be marketed or distributed in a way that interferes with the promotion of breastfeeding.

Wednesday's report did not name specific companies, painting the problem as an industry-wide issue.

Nestle, the world's biggest formula maker, meanwhile insisted to AFP that it was "highly compliant with the WHO Code".

The Switzerland-based company pointed out that it was "voluntarily stopping promoting formula for infants 0-6 months across the world by year end", including in the United States, Canada and Japan, countries that have no regulation on the issue.

Nestle said it supported "the adoption of laws on marketing of infant formula in all countries", adding that it was "ready to work with WHO, Unicef and others to make this happen". 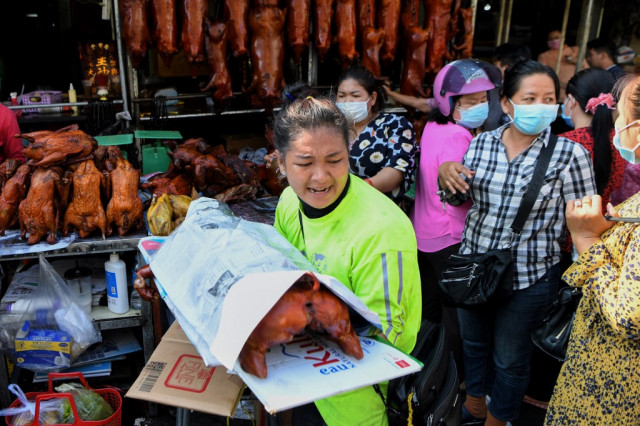 The Ministry of Health Reports No New COVID-19 Case and Mor...